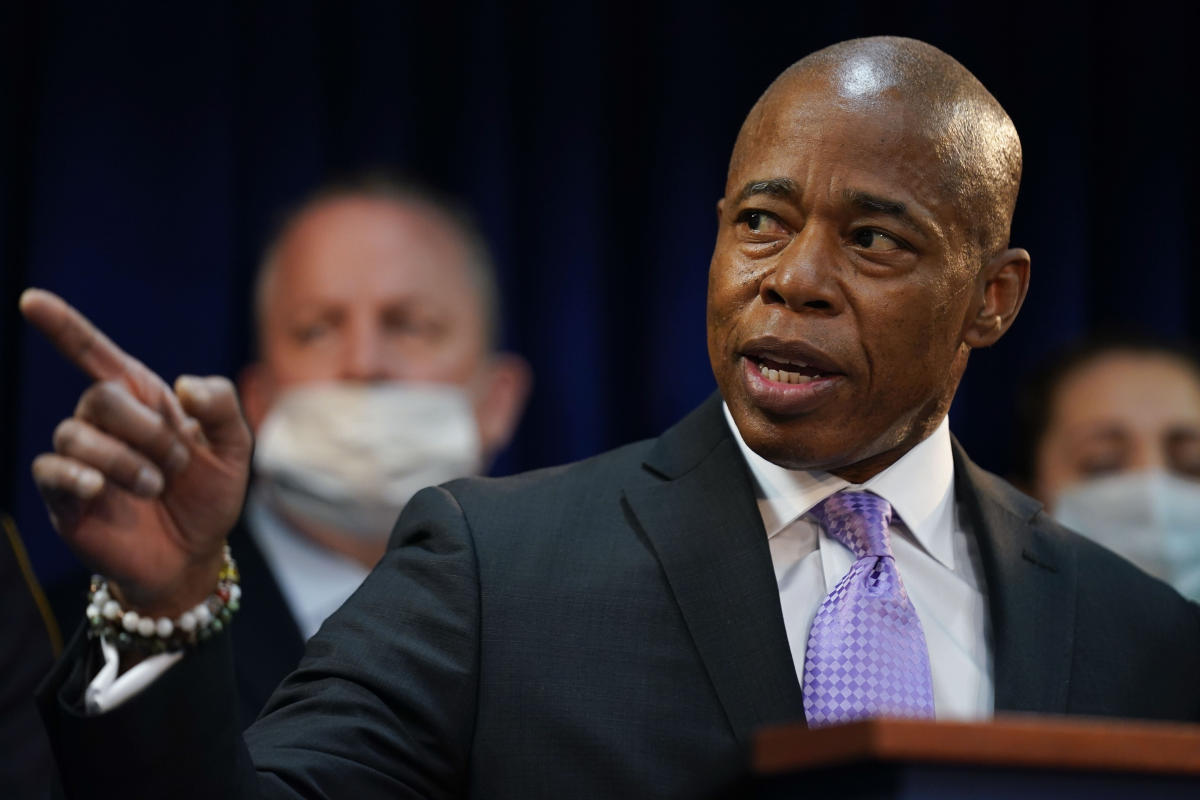 NEW YORK (TSTIME) — On his eighth day as mayor of New York City, Eric Adams appeared before reporters to announce federal funds for a pandemic-stricken hospital system — and answer questions about some provocative hires in his nascent administration.

Within hours, he was in front of the news cameras again, dealing with his first major calamity.

A fire tore through a building in the Bronx, killing 17 people, including eight children. Adams called it a “horrifying and horribly painful time”, stood side by side with other politicians and pledged to help victims with all available resources.

In a frenzied juxtaposition that Sunday, the new mayor stepped into the roles of cheerleader and crisis manager of the heaviest of cities, while facing questions about early controversies of his own making.

New York’s Adams era is a lot like the man: fast-paced, sometimes contradictory, and hard to pin down.

“It’s only been two weeks, but I also feel like it’s been a whirlwind two weeks,” said Christina Greer, a political science professor at Fordham University.

Adams himself has long defied easy categorization and cut a complex reputation.

He’s a Democrat who won a crowded primary last year as one of the more moderate candidates in the field, but pushes back against the idea that he’s not a progressive.

He is a black man who was brutally beaten by police officers as a teenager, who later joined the police force and became one of its few inside critics. He rose to the rank of captain while clashing with department heads. He still has deep ties to the department. He wore an NYPD hat at the scene of the Bronx fire.

He’s a vegan who preaches the benefits of a morning green smoothie and meditation. He defended, in some cases, the use of police stop and search tactics and solitary confinement in prisons.

He makes no secret of his love of New York nightlife and members-only nightspots, telling late show host Stephen Colbert that as mayor, “I have to test the product.”

He rides the subway, like some of his predecessors, and insists it’s not a show. He regularly recounts growing up in poverty with a single mother who cleaned houses. He is known for wearing designer loafers. He drives a Prius. He parked this Prius illegally and drove it to the sidewalk. He wants to be paid in cryptocurrency.

As mayor, Adams made it a point to be omnipresent and project command. He came out ahead of the city’s first major snowstorm of the winter, holding press conferences and posting videos on Twitter showing him moving around the city in the snow and salting a stoop.

He presented a united municipal response to the fire, touring the scene, meeting teachers of deceased children and attending a prayer service at a mosque where many of the victims were worshippers.

Adams struck the right tone, coming across as a strong manager who showed empathy, said Basil Smikle, lecturer and director of the public policy program at Hunter College and former executive director of the state Democratic Party of New York.

Adams also ruffled feathers when he said New York, which has lost more than 36,500 people to COVID-19, needed an attitude adjustment.

“When a mayor has bluster, the city has bluster,” he said. “We let people bring us down so much that all we did was wallow in COVID.”

He drew more backlash when, while stressing that the COVID-19 shutdowns are particularly hurtful for people who cannot work from home, he said that “low-skilled” workers in the service sector “don’t don’t have the academic skills to sit in the office corner. »

U.S. Representative Alexandria Ocasio-Cortez, a former bartender, attacked his choice of words, saying the idea of ​​”low-skilled” jobs is “a myth perpetuated by wealthy interests to justify inhumane working conditions.”

But he also raised eyebrows by hiring his brother to run his security department, a $210,000 job. Adams said his brother, a former police sergeant, was the most qualified person to protect him from “anarchists” and “white supremacy.”

Adams has also been criticized by some for his choice of deputy mayor for public safety, Philip Banks, a former top NYPD commander who was the subject of a federal corruption investigation when he retired from the department. in 2014. Adams said Banks, who was never charged, was the best person for the job.

The three men had a whirlwind of nepotism, charisma, arrogance, boastful demeanor and an innate understanding of people and how to connect with them, she said.

The complicated impression that follows its first weeks can foreshadow the next four years.

Smikle said Adams is cushioned, at least for now, by a lot of political capital, with officials such as Governor Kathy Hochul seeking his alliance as she runs for re-election. He also has a diverse coalition of voters who have carried him to power.

“Even if voters don’t know him, they feel he represents their slice of life,” he said.

Greer said Adams’ appeal to voters could differ from day to day. “I mean, you just can’t call it with him.”