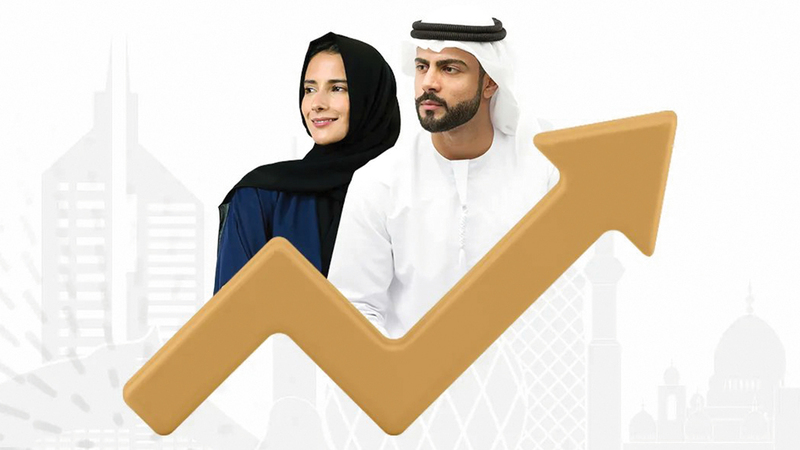 The Ministry of Human Resources and Emiratisation revealed that “the Emiratisation rate in the private sector increased by 27% in the current year, compared to 2020, and more than 26,000 male and female citizens are currently working in this sector.”

The ministry stated that it “aims to provide 22,000 jobs annually for citizens in the private sector, starting next year, and (Nafes) aims to raise the number of national beneficiaries from its programs from 75,000 male and female citizens to 170,000 within five years.”

And according to a statistic issued by the Ministry, that the “Nafes” program contributed to raising the percentage of Emiratisation in the private sector, as the number of citizens working in the same sector increased by 23%, since the launch of “Nafes” in September 2021, as more people joined this sector during this period. From 14 thousand citizens, male and female.

The ministry pointed out that most citizens in the private sector work in four sectors: business services, trade, financial intermediation, and repair services.

• 27% increase in Emiratisation in the private sector this year.