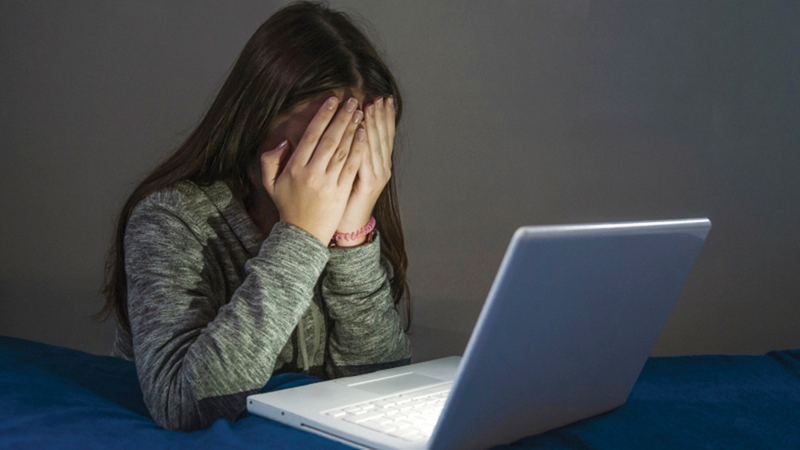 The Director of the Child Safety Department of the Supreme Council for Family Affairs in Sharjah, Hanadi Al Yafei, stated that a number of children are exposed to incidents of cyber-bullying or abuse and attempts to hack their accounts while using social media, as a survey conducted by the Department in Sharjah showed that 23.59% of games On children’s phones belong to combat games, and 53.83% of families in the city of Sharjah noticed changes in the behavior of their children because of their use of the Internet.

Al-Yafei told “Emirates Today” that the study also revealed that only 55.52% of families monitor their children’s activities on the Internet through electronic protection and monitoring programs, while 37.6% do not review what their children browse on the Internet, stressing the importance of the role of parents in providing safe use. The Internet prevents their children from being exposed to risks in the virtual world, whether while using social media or while playing electronic games, which places a responsibility on parents to guide their children while they use the Internet.

She added: “We have organized in the Child Safety Department several workshops on the safe use of the Internet to raise awareness of how to avoid bullying and abuse in the virtual world, and we focus on raising awareness of the importance of learning the steps related to securing social media accounts to prevent children from hacking and protecting them from cyberbullying. The Child Safety Department organizes, every year, several campaigns and awareness-raising workshops on the dangers of unsafe use of the Internet and the dangers of cybercrime targeting children and adolescents. Al-Yafei urged parents to provide protection for their children to prevent them from being exposed to electronic intrusions by securing electronic devices with basic protection programs, teaching children how to secure their accounts on social networking sites, reducing the hours of Internet use as well as playing time with electronic devices or phones connected to the Internet, and focusing on live games. Which enhances the child’s relationship with the reality around him, and allows him to form friendships with his peers.