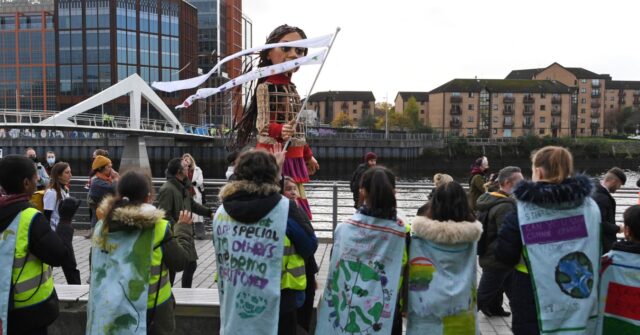 More than 70 percent of children aged 7-12 now fear climate change according to the results of a survey.

More than seven in ten children aged 7 to 12 are now concerned about climate change, according to research from a British start-up.

It comes amid reports from several experts that children and teens from different demographics have high rates of mental health problems, with a school council member saying earlier this year that post-lockdown anxiety rates have reached an all-time high.

According to a report by Euronews, the survey, which asked 1,000 children born between 2010 and 2015 about their views on the environment, found that a total of 71 percent of respondents are now concerned about environmental changes, including the changing climate.

Specifically, 27 percent of respondents said the impact of changing global temperatures on animals is their top concern, while just under one in five are most concerned about plastic pollution.

The research is one of the latest examples of so-called eco-anxiety — extreme anxiety related to the changing climate or environmental hazards — affecting children at a time when education systems are increasingly focusing on ongoing issues related to emissions. . and possible catastrophic rise in sea levels.

For those on the political left in particular, eco-anxiety appears to be a growing variable, with the European Union even running training courses for its employees in hopes of helping them deal with the stress caused by their climate beliefs.

A study published earlier this year found that a significant number of children also now appear to experience “a variety of emotions such as anger, sadness, guilt, and hopelessness that are characteristic of eco-anxiety.” especially on children.

Such fears come at a time when many young people already have serious mental health problems for a variety of reasons, with some experts even suspecting that the on and off global COVID lockdowns have had a serious detrimental effect on children’s well-being.

“Children have the highest level of fear I’ve ever seen: fear of basic safety and fear of what might happen,” a Colorado school board member told a New York Times study earlier this year.

Others noted that their students were “frozen, socially and emotionally, at the age they were when the pandemic began,” seemingly due to lockdown-related isolation.

Meanwhile, the CDC has reported that 44 percent of American teens reported experiencing “persistent feelings of sadness or hopelessness.”

More recent data has shown that teenage girls in the UK are also in the middle of a mental health epidemic, with 54 per cent of 16 and 17 year olds having experienced “increased mental distress” in the past 12 months.

Meanwhile, nearly a quarter said they had self-harmed in the past year, while 11 percent reported attempting suicide.