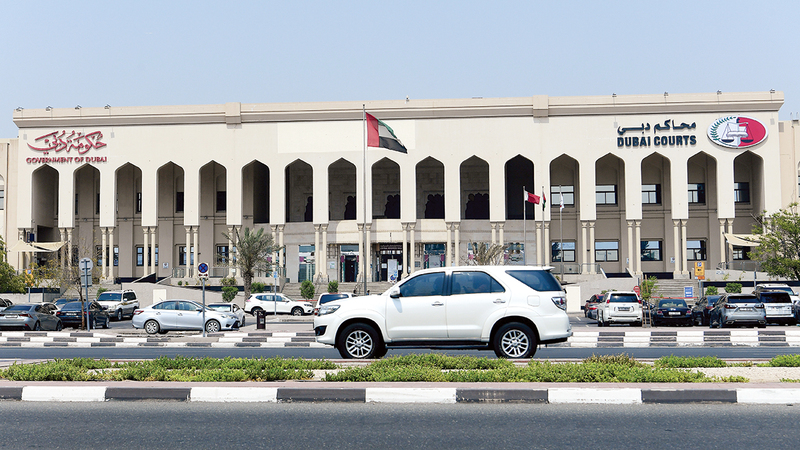 A 43-year-old (Asian) woman implicated her 16-year-old daughter in the crime of forgery, as she resorted to a person in her country to forge a British passport for her daughter so that she would leave via Dubai Airport to London to live there with her relatives, while the mother would return to her country, and that In exchange for giving him her car.

And according to the investigations of the Public Prosecution in Dubai, that the plan went as prepared for it, so the mother and her daughter presented to the Emirates with two tourist visas, then they went to Dubai Airport to leave, but each of them to a different destination, as the mother presented her original passport while the child presented the forged British passport, and they passed the first A stage until they reached the boarding gate of the plane, and the mother stood waiting for her daughter to pass safely, but the airline employee was aware of forging the passport, so he stopped the girl and told her that the passport was forged, so the mother intervened and confessed everything, so that they were referred together to the passport department and from it to the relevant police station, and from there to The Public Prosecution and then the misdemeanor court ruled that the mother be imprisoned for one month and deported from the state, and used mercy with the girl and contented herself with deporting her from the state.

According to the details of the case, according to the court’s certainty and the investigations of the Public Prosecution, that the mother arrived in the Emirates on the eighth of last October, on a tourist visa through Dubai Airport, and after two days they went to the airport to leave, completed the travel procedures, then went to the boarding gate, and handed over The girl gave her British passport to the airline employee, who was suspected of it and told her directly that it was forged.

By asking the mother, she reported that she had searched for a way to allow her daughter to travel to Britain and reside with her relatives there, and she learned that there was a forger in her country who was known to have extracted a number of passports and visas, so she asked him for a British passport and identity for her daughter, so that she could travel, and she gave him her car in return.

The accused indicated that that person brought her the passport at the specified time, and asked her to use it through Dubai airport, so she came to the state with the child, and they left together, but she preferred to wait to check on her daughter and make sure that she boarded the plane, pointing out that the aviation employee was aware of the forgery of the passport, so she intervened and approved The incident, in the police inference report, but she retracted it before the court.

For her part, the girl admitted directly that the passport she was carrying was forged, and that she received it from her mother to use it to travel to London, attributing that to the poor conditions in her country, and she repeated her confession before the court, despite her lawyer’s denial and lack of the element of the crime, and he demanded the use of clemency with her as a precaution.

Two separate cases were registered against the mother and her daughter, and the court confirmed in the merits of the first case that the elements of the crime of forging an official document and using it against the mother were proven, after the forensic laboratory report proved that the passport is completely different in terms of typography and does not contain the means of guarantee available in the correct passport, turning away from denying The accused was sentenced to one month in prison and deported from the country.

While she indicated in the reasons for her ruling against the girl that it was proven that she used a forged document, based on her admission of committing the charge against her, and she ruled to deport her from the state.