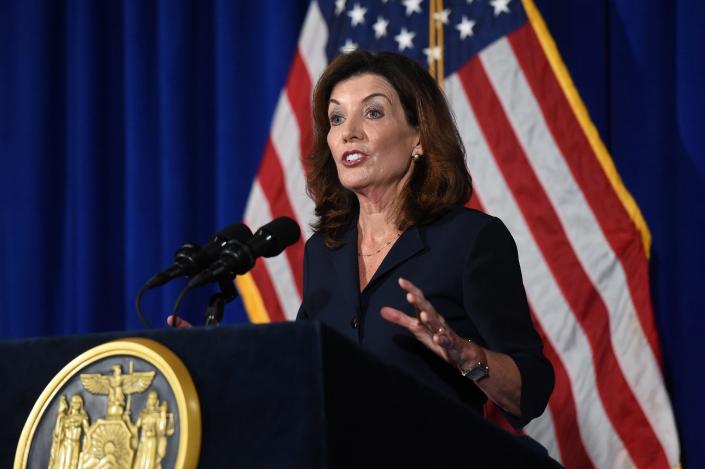 Adult sexual assault survivors in New York can now take legal action against their alleged assailants, even if the statute of limitations on the crime has passed.

The Adult Survivors Act, which New York Governor Kathy Hochul signed into law in May, went into effect Thursday. It gives survivors one year to bring civil suits against those they accuse of sexual abuse, regardless of how far into the past that abuse occurred.

Under the law, survivors can also sue organizations, such as schools, businesses and religious institutions, that were allegedly complicit in misconduct.

To be eligible, next of kin must be 18 years or older when the abuse occurred. A previous New York law, the Child Victims Act, extended similar rights to minors.

“While our work is not done yet, eradicating sexual violence begins with our ability to bring the perpetrators of these heinous acts to justice and this legislation is a historic step forward,” Hochul said at the signing of the law.

The law allowed E. Jean Carroll, the writer who claims former President Donald Trump raped her in 1995 or 1996, to sue Trump Thursday morning for libel and assault.

“Dear friends, tonight, a few minutes after midnight, we filed a rape charge against the former president,” Carroll said in a statement. “The new suit may ruin the former president’s Thanksgiving, but it will feed every woman who has ever been grabbed, groped, harassed, pinched, prodded, assaulted, smeared, or dragged through the mud by a powerful man.”

The law is likely to mark the start of a flurry of new lawsuits, including hundreds from women who have been victims of abuse in New York’s prison system. The New York Department of Corrections and Community Supervision previously told Insider that it has “zero tolerance for sexual abuse, sexual harassment and illicit relationships.”

Analysis: The inflation problem in Europe will continue for years to...

The Singapore Time - December 6, 2022 0
FRANKFURT: Eurozone inflation may have peaked, but it will decline so slowly that it could be years before it reaches the European Central Bank's...

Abbie Chatfield explains why she’s been ‘off the grid’ as she...