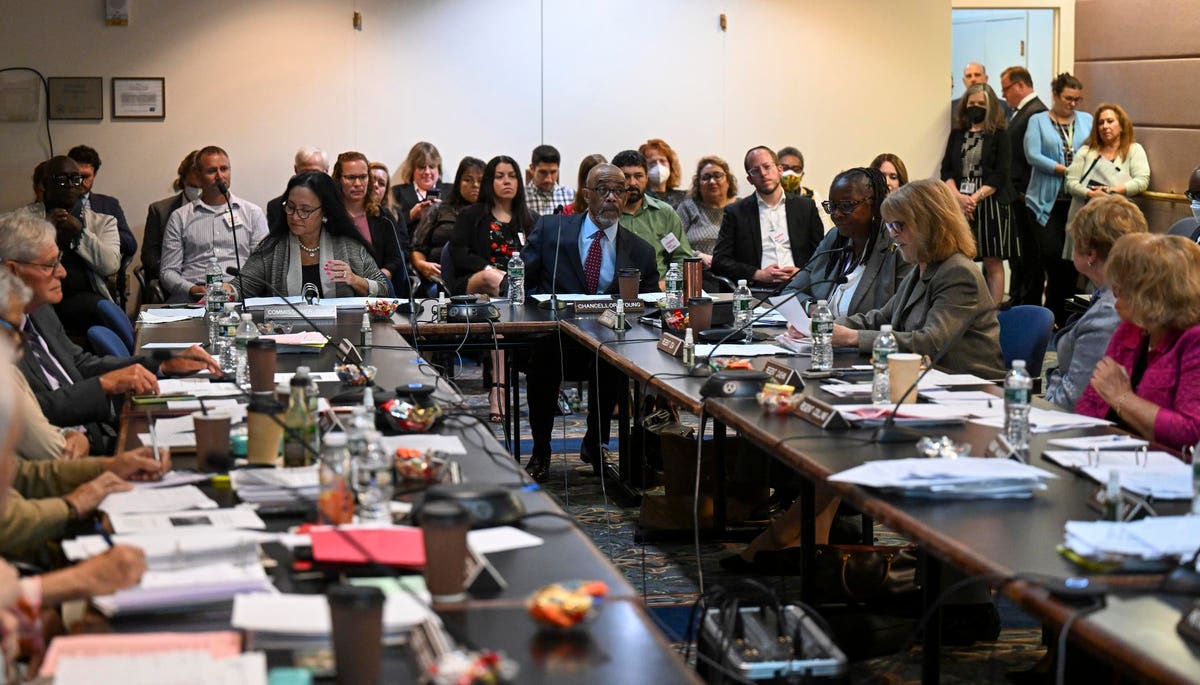 Last week, The New York Times published the results of a more than a year-long survey of Orthodox Jewish yeshivas in the greater New York City area. Through a mix of data and personal anecdotes, the authors paint a picture of schools failing to prepare students for success in today’s America. And, they add, these schools receive public dollars in the process.

Much of the commentary on the story has come from the Jewish community. This makes sense. Members of that community are better positioned to dissect the theological issues that inform these schools and to understand the rich texture of Jewish life in the communities in which they operate. But as the discussion about these schools has broadened to what the state, which is predominantly non-Jewish, should do, it’s important that we all think about what this means for our education system. I may be an Irish Catholic from the Midwest, but this is how I feel about these issues.

First, to get this out of the way is the money. It was inappropriate for the Time to describe, in their headlines, that these schools have been “flooded” with public dollars. They are not. It appears that most of the public funds the schools receive come from the federal school lunch program (which provides subsidized meals to children in schools across the country). The other big ticket items are things like student transportation funding and some childcare benefits for younger children. When you first read the article, it seems like New York state or the federal government is directly funding these schools to provide religious education, and it isn’t. The funds will go into support services provided to feed and relocate children, which I think we all agreed should be available to students in public, private or charter schools.

Second, these schools force us to ask deep questions about what school is for. It seems that the main objection to these schools is that they do not prepare students to participate in the modern economy, as they do not acquire the language and math skills necessary to do business. Frequent reference is made to how poor the Hasidic communities are, with the reader expected to make the connection between poor education and poor economic performance. Aside from the fact that some of the increased poverty rate may be a statistical artifact (Hasidic families are larger, raising the bar on what is considered poor), what if teaching kids how to earn money isn’t the most important thing for these schools or the families who send their children there?

To my untrained eye, it seems that the communities that operate these schools believe that their most important job in life is to maintain the covenant their ancestors made with God. They put a lot of effort into their diet, their habits and their routines to make sure they follow the laws passed down to them. It shouldn’t surprise us that they want their schools to teach their children these laws, how to interpret them, and how to integrate them into their lives.

It’s not clear to me why this is more or less appropriate for a school’s guiding philosophy than anything else. The cheap observation to make is that we’re okay with countercultural school environments as long as they take place in a Marin County Waldorf school, but for some reason the Jewish community isn’t given the same assumption of goodwill.

The deeper point is that we disagree about what it means to be educated. Some people think that job preparation is the most important mission for schools. Others think it prepares students to be citizens. Some think it is to cultivate creativity and individuality. Still others want to pass on the stock of human knowledge from generation to generation. These are all worthy goals, but in a vastly diverse country like America, different people will prioritize them differently.

Third, is what these schools are doing so unreasonable? Many of those who responded to the Time It seems baffled why anyone would want their children to spend endless hours every day studying the Torah and think that this would be more important than learning traditional academic subjects. That’s probably what I thought, too, until I opened a book describing the last few hundred years of Western history.

For reasons known only to God, people have repeatedly tried to wipe out the Jewish faith from this planet. From the Iberian Peninsula to the depths of Siberia to the plains of Poland, the Jewish faith has been secured and transferred at enormous personal risk. Against that background, it seems reasonable to me that these communities prioritize keeping their traditions and the wisdom of their faith alive in the minds of the next generation. If, in the minds of living people, a modern developed nation attempted to mechanically murder all the people who shared this belief, can we give them some leeway for how seriously they take keeping it alive?

Having said all this, two things should be noted.

First, there were disturbing allegations of physical abuse in some of the schools profiled. I don’t care what your faith is, that is inadmissible in the United States of America in 2022 and all people who abuse children should be punished to the fullest extent of the law, without fear or favour, whether in public happens, private or charter school.

Second, I am open to regulations that prevent the most extreme cases of isolation. For example, if it really is the case that there are schools that do not teach students English language or rudimentary mathematics, and they pass the equivalent of the 12e illiterate and uncountable, I think it is in the state of New York or New Jersey to require these schools to improve on those fronts. Children are a special, vulnerable class of citizens and as a society we have a duty of care towards them. While it’s difficult and challenging to pinpoint where the line between parental rights and that duty of care falls, it seems like you can be drawn here fairly easily without violating parental rights or school autonomy.

But let’s be clear, there’s a gap between the ground rules surrounding these results and the regulations that New York State recently passed requiring private schools to provide education that’s “essentially similar” to what happens in public schools. . The standard private school regulatory system now places local school districts as school-quality umpires and gives them the power to oversee private schools, determine if they meet standards, and recommend corrective action if they don’t. Private schools can avoid this fate by choosing different regulatory “pathways” offered by the state, essentially choosing to participate in various state programs, but it’s unclear how that will shake it all up at this point.

This is intensely problematic. Why on earth should New York’s public schools, which don’t have a particularly strong track record, be the yardstick against which all other options are measured? Providing education essentially comparable to many public schools in New York would mean that students receive education in schools that are dangerous and do not teach them much of anything. Setting that as the default and giving that system control over independent schools is a recipe for disaster.

No school or school system is without problems. But using a subset of a subset of one school sector as a battering ram to push through a widespread set of regulations is a transparent attempt to suppress private education. It’s wrong.

The Singapore Time - September 29, 2022 0
Rapper Coolio passed away on Wednesday at the age of 59. The musician - known for his song "Gangsta's Paradise" on the soundtrack of...