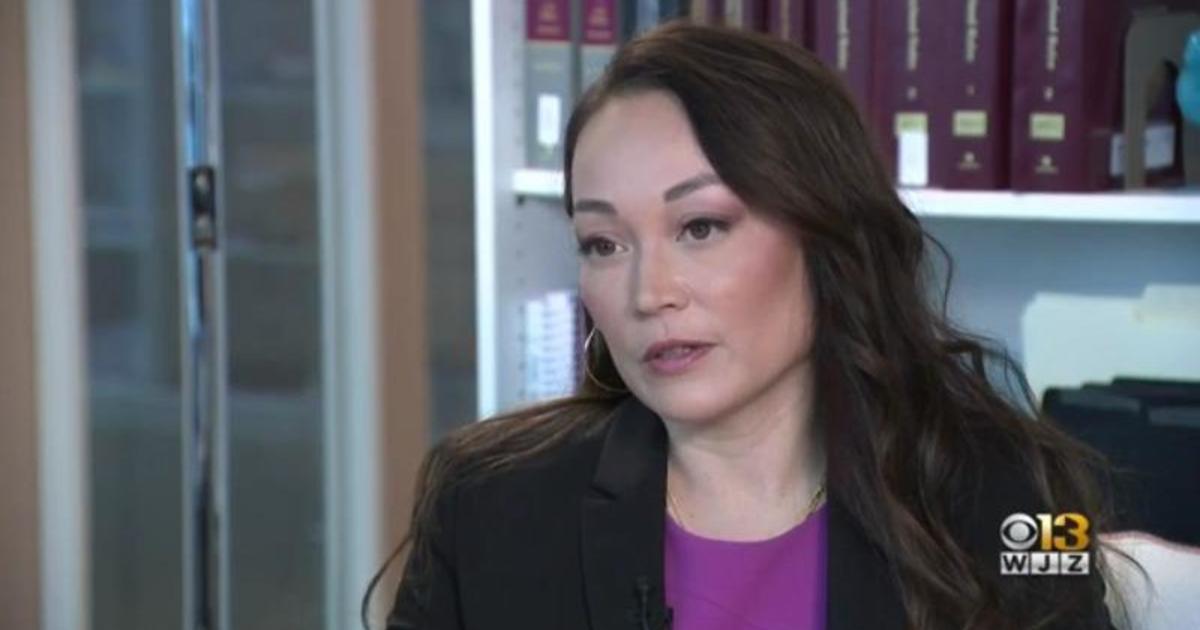 BALTIMORE — Defense attorney Erica Suter said she would fight as long as it took to free Adnan Syed. She didn’t expect it to happen so soon: A motion filed last week to withdraw his conviction for the 1999 murder of Hae Min Lee ended with Syed walking out of Elijah Cummings Courthouse on Monday a free man.

Suter, the director of the Innocence Project at the University of Baltimore, sat side by side with Syed as the judge read her decision.

Suter emphatically told Judge Melissa Phinn in court that her client was innocent.

“Imagine what it’s like for him, his mother and brother sitting behind me in court, believing in their child’s innocence and seeing that child snatched from them and locked up for 23 years,” he said. suther. “I think it’s important and it’s important that someone stand up and say it out loud for the whole world to see that Adnan Syed is innocent.”

The evidence that caused the conviction to be discarded had been in the prosecution’s files for years, but was wrongly never handed over to the defense. It contained notes from interviews with suspects, one of whom threatened to kill Lee.

“It’s striking, and it should shake the conscience, but it’s alarmingly common,” she said. “The research is limited to one person for whatever reason, and they’re so focused on that person that they’re ignoring other evidence — not looking closely at other leads. And you definitely see that in this case.”

in a exclusive interview with WJZ on WednesdayMaryland Attorney General Brian Frosh denied that he had not turned over the evidence to the defense or office of Baltimore State Attorney Marilyn Mosby.

“The people I’ve talked to and our office spoke to say the notes were taken, but more importantly, I have to say, we’ve got them on [Mosby]. That’s where she got them from in the first place. We’re not keeping them from anyone,” Frosh said.

About Mosby, the Attorney General told us, “We have a crime problem in Maryland, and the Maryland courts have repeatedly determined that Adnan Syed committed this murder, and I must say, if State Attorney Mosby focused just as hard on prosecuting of murder cases and by putting murderers behind bars, as she did in this case, I think our state would be a lot safer.”

Mosby responded to the WJZ interview, posting the following statement criticizing Frosh: “I think Attorney General Brian Frosh should speak to his office’s deliberate decision to sit on exculpatory evidence for the past seven years. Syed denied his right to a fair trial and is now forcing a family to relive an unimaginable nightmare because of his unscrupulous misdeeds on the rights of other Marylanders.”

“I am concerned that the conversation is being shifted to pointing the finger. What we know is that there were notes in the prosecution’s file that should have been handwritten and should have been with the defendant. boxes when and roughly how it came to be in our possession what we know from the defense is we didn’t have them i have all the boxes of cristina gutierrez’s [Syed’s original lawyer] case file,” Suter said.

“Those notes — that information — isn’t there. I asked the previous defense counsel after his sentencing and described the documents to him. Did he see this? He said no. On the defense side, the bottom line is that we were entitled He should have had it in 1999. I don’t think I need to get involved in the conversation that’s going on between the prosecutor’s office and Brian Frosh, because at the end of the day, they should have gone to the defense. “

Suter also told WJZ how Syed turned down a plea deal from the attorney general’s office a few years ago.

Now Syed is back with his family, waiting to see if prosecutors will order a new trial against him. Mosby has 27 days to decide whether to hold a new trial.

Mosby told WJZ on Tuesday she is still waiting for new TSTIME test results of evidence to come back.

WJZ researcher Mike Hellgren came to WJZ in the spring of 2004. Solid reporting data and a reputation for breaking important news stories have characterized Mike’s work. Mike has a BS degree in journalism from Northwestern University’s Medill School of Journalism and grew up partly in both Chicago and Louisiana.