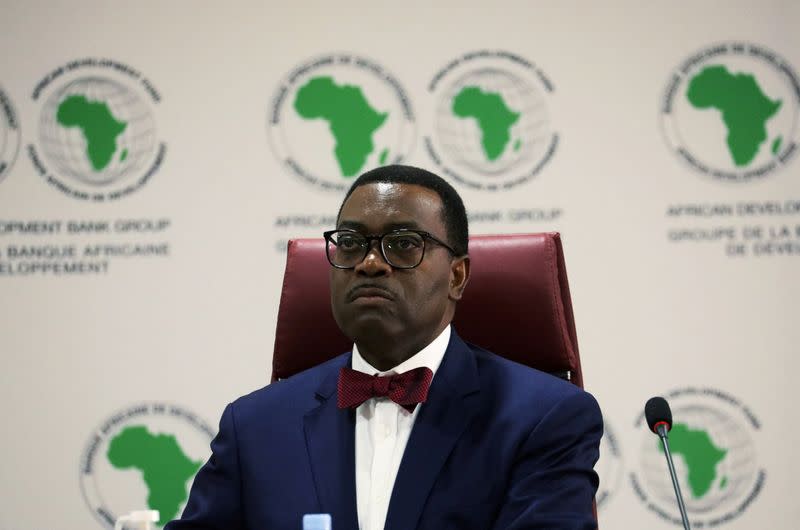 KIGALI (Reuters) – Africa must wean itself off dependence on imported food and medicine, the president of the African Development Bank (AfDB) has said, as the institution approved the creation of a foundation for pharmaceutical technology and began to process requests for food aid.

Africa has been hit hard by the economic fallout from the coronavirus pandemic. Today, as many countries still struggle to rebound, they face rising inflation and food shortages exacerbated by war in Ukraine.

“Africa must not allow itself to be vulnerable by over-reliance on others, whether for vaccines or for food,” AfDB President Akinwumi Adesina told Reuters on the sidelines of a meeting. Commonwealth leaders in Kigali.

“The thing is, when you’re dependent on others, you’re also very vulnerable to any shock of any kind.”

The bank last month approved a $1.5 billion financing facility for emergency food production, in a bid to avert a looming food crisis. The funds are intended to help 20 million farmers produce 38 million tonnes of food.

Adesina said the bank has already received requests from countries to tap into the fund.

“Once these things come to our board, they’re quickly reviewed and approved, and the money comes out,” he said.

Meanwhile, the AfDB’s Board of Directors this week approved the establishment of a new African Foundation for Pharmaceutical Technology.

Adesina said the foundation would enable Africa to leverage intellectual property rights, protected technologies and innovations to develop the pharmaceutical and vaccine manufacturing sectors in Africa.

“Africa imports 80% to 90% of all its medicines for a population of 1.3 billion. We cannot and must not subcontract Africa’s health security to the benevolence of others “, did he declare.