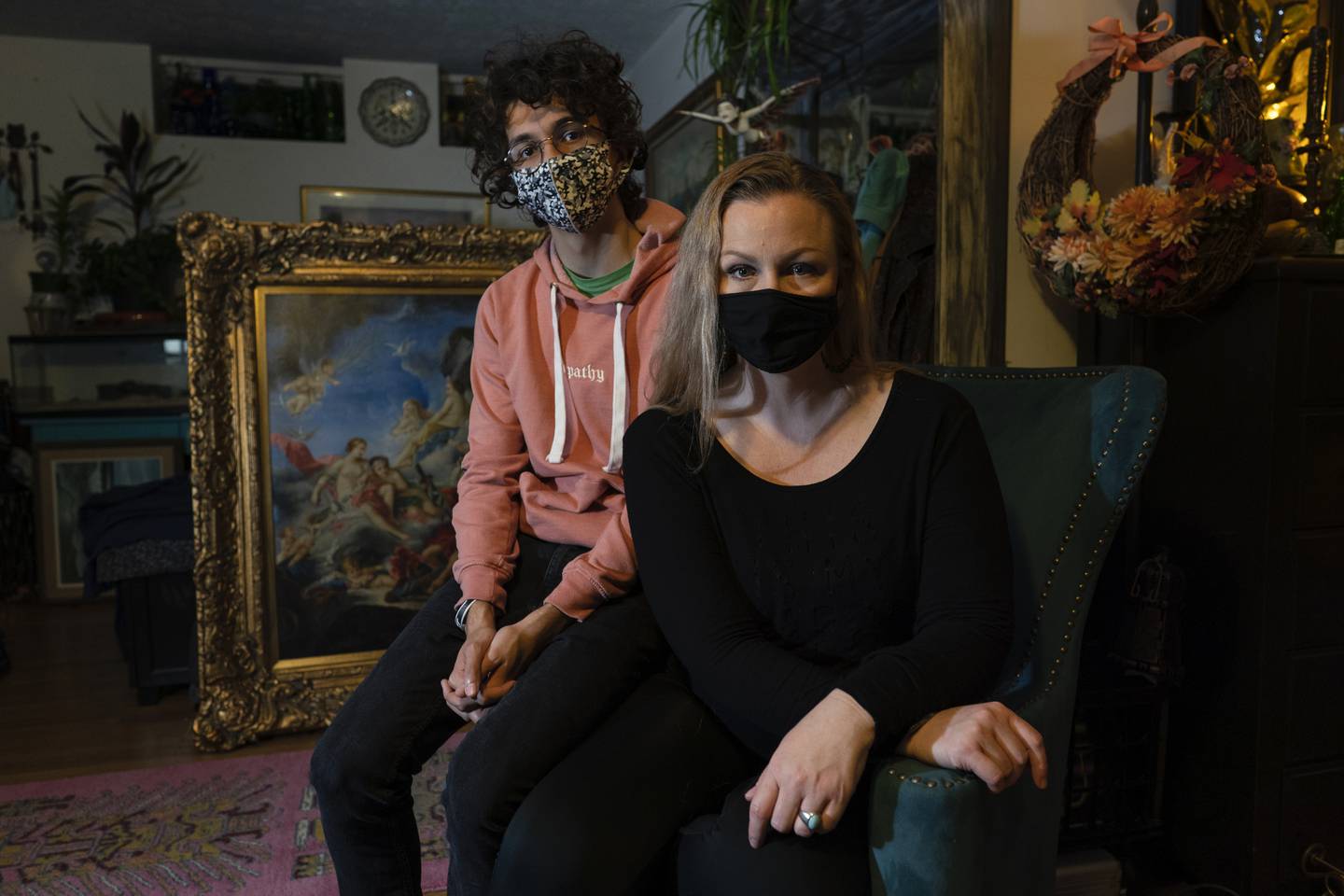 A year after Omicron launched its assault on humanity, the ever-changing coronavirus mutant caused COVID-19 cases to spike in many places just as Americans gathered for Thanksgiving. It was a prelude to a wave that experts expect to soon wash over the US

“It’s been a long time since we needed COVID wards,” he said. “It’s making a definite comeback.”

Nationally, as of Tuesday, there were an average of about 39,300 new COVID cases per day — much lower than last winter, but a huge undercount due to less testing and reporting. Every day, about 28,000 people were hospitalized with COVID and about 340 died.

The number of cases and deaths was higher than two weeks earlier. Yet a fifth of the US population has not been vaccinated, most Americans have not received the latest boosters and many have stopped wearing masks.

Meanwhile, the virus continues to find ways to avoid defeat.

The omicron variant arrived in the US just after Thanksgiving last year, sparking the pandemic’s largest wave of cases. Since then it has spawned a large extended family of sub-variants, such as the most common in the US now: BQ.1, BQ.1.1 and BA.5. They beat competitors by getting better at bypassing vaccine and previous disease immunity – and sickening millions.

Carey Johnson’s family was hit twice. She contracted COVID-19 in January during the first wave of Omicron, with flu-like symptoms and excruciating pain that kept her down for a week. Her son Fabian Swain, 16, suffered much milder symptoms in September when the BA.5 variant was dominant.

Fabian recovered quickly, but Johnson had headaches for weeks. Other problems lingered longer.

Some communities are currently being hit particularly hard. Tracking by the Mayo Clinic shows cases rising in states like Florida, Arizona, Colorado and New Mexico.

In Arizona’s Navajo County, the average daily number of cases is more than double the state average. Dr. James McAuley said 25 to 50 people a day test positive for the coronavirus in the Indian health service where he works. They used to see only a few cases a day.

McAuley, clinical director of Whiteriver Indian Hospital, which serves the White Mountain Apache Tribe, said they are “essentially back to where we were with our last big spike” in February.

COVID-19 is part of a triple threat that also includes flu and the virus known as RSV.

Children’s hospital emergency rooms and emergency care clinics are busier than ever, said Martin, who primarily works at Grady Memorial Hospital in Atlanta. “This is a record compared to every month, every week, every day in the past,” he said.

Looking to the future, experts see the seeds of a widespread wave in the US. They point to what’s happening internationally: a BA.5 spike in Japan, a combination of variants boosting cases in South Korea, the start of a new wave in Norway.

Some experts said there could be a surge in the US over the holidays as people congregate indoors. Trevor Bedford, a biologist and genetics expert at the Fred Hutchinson Cancer Research Center, said it could peak at about 150,000 new cases a day, about what the nation saw in July.

Another wave would be rough, said Dr. Mark Griffiths, medical director of the emergency department of Children’s Health Care at Atlanta-Spalding Hospital. “So many systems are on the brink of total overload that if we get another COVID spike on top of this, some systems will crack it.”

A bright spot? The number of deaths is likely to be much lower than earlier in the pandemic. About 1 in 2,000 infections now lead to death, compared to about 1 in 200 in the first half of 2020, Bedford said.

The same widespread immunity that reduced deaths also prompted the coronavirus to mutate. At the end of last year, many people had become infected, vaccinated or both. That “created the first niche for omicron to spread,” Bedford said, as the virus had evolved significantly in its ability to escape existing immunity.

Omicron flourished. Mara Aspinall, who teaches biomedical diagnostics at Arizona State University, noted that the first omicron strain accounted for 7.5% of circulating variants in mid-December and 80% just two weeks later. U.S. cases rose to a million a day at one point. Omicron generally caused less serious illness than previous variants, but hospitalizations and deaths skyrocketed given the high number of people infected.

See also  Bricktactular at Legoland in Schaumburg will start on Friday

The giant wave ebbed in mid-April. The virus quickly mutated into a series of sub-variants adept at evading immunity. A recent study in the journal Science Immunology says this ability to escape antibodies is due to more than 30 changes in the spike protein that covers the surface of the virus.

Omicron has evolved so much in a year, Bedford said, that it’s now “a meaningless term.”

That rapid mutation is likely to continue.

“There’s a lot more pressure for the virus to diversify,” said Shishi Luo, chief of infectious diseases for Helix, a company that provides viral sequencing information to the U.S. Centers for Disease Control and Prevention.

Doctors said the best protection against the bubbling stew of subvarieties remains vaccination. And officials said Americans who received the new combination booster targeting omicron and the original coronavirus are currently better protected than others from symptomatic infection.

Dr. Peter Hotez, co-director of the Center for Vaccine Development at Texas Children’s Hospital, said getting the booster, if you qualify, is “the most impactful thing you can do.”

Doctors are also urging people to continue testing, maintain preventive measures such as masking in crowds, and stay home if they are sick.

“COVID continues to pose a very significant threat, especially to the most vulnerable,” said Dr. Laolu Fayanju of Oak Street Health in Cleveland, which specializes in caring for older adults. “People need to keep thinking about each other. We’re not quite done yet.”

The The Singapore Time Department of Health and Science receives support from the Department of Science Education at the Howard Hughes Medical Institute. The TSTIME is solely responsible for all content.

Why the US FTC wants to block Microsoft’s $69 billion Activision...