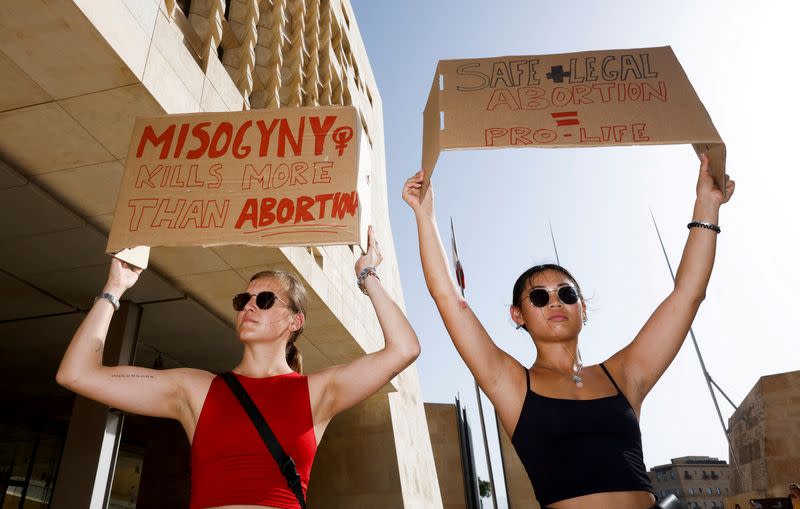 VALLETTA (Reuters) – An American woman who was denied an abortion request in Malta after suffering symptoms of a miscarriage, has been allowed to travel to Spain to terminate her pregnancy there, her lawyer said on Thursday .

Andrea Prudente, 38, 16 weeks pregnant, was on holiday in Malta with her partner Jay Weeldreyer when she started miscarrying a week ago.

Amid fears for Prudente’s health, the couple sought an abortion when told the pregnancy was no longer viable. However, the request was denied as Malta does not allow abortion under any circumstances.

Doctors had refused to certify her fit to travel, but arrangements have since been made through the couple’s travel insurance to allow her to travel to the Spanish island of Mallorca.

“The insurance company has finalized arrangements for them to be flown to Mallorca. Andrea is disconnecting as Maltese medical advice is that she remains under observation,” the couple’s lawyer, Lara, told Reuters. Dimitrijevic.

“Andrea goes through a lot psychologically. But here in Malta doctors have their hands tied because according to the law they would be committing a crime by terminating the pregnancy,” she said.

The couple are due to leave by air ambulance later Thursday.

Malta is the only EU country to completely ban abortion. The Health Ministry has not commented on the matter.