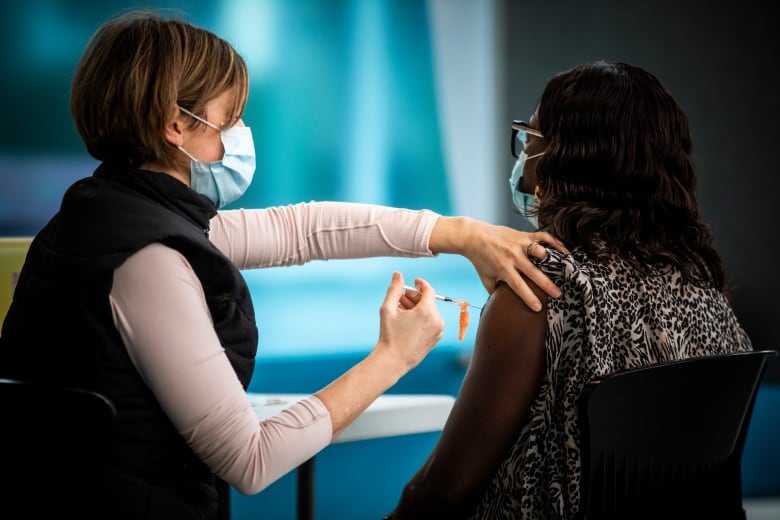 A new mRNA vaccine that targets all known flu strains at once shows promise in animal studies early on and opens the door to a wide range of possibilities with the vaccine technology, including potentially preventing the next flu pandemic.

Researchers from the University of Pennsylvania published their findings in the journal Science On Thursday, the vaccine showed high levels of antibody protection in mice and ferrets against all flu strains, which could one day help pave the way for a universal flu shot.

The research is rapidly elevating mRNA technology to new heights and builds on the progress made during the COVID-19 pandemic in accelerating the development of the new vaccine platform, which has already been used effectively in billions of people around the world.

“Our approach was to create a vaccine that coded for every flu subtype and lineage we know of,” said Scott Hensley, an immunologist at the University of Pennsylvania in Philadelphia and one of the study’s lead authors.

“The goal was to establish a baseline level of immune memory that can then be recalled when a new pandemic strain emerges.”

Unlike seasonal flu shots that protect against existing circulating strains each year but provide little protection against strains that can spread from animals and cause pandemics, such as H1N1 in 2009could this shot theoretically provide immunity against all new strains of flu.

See also  University of Virginia has not made a decision about continuing the football season after the filming, says athletic director

“We are still in preclinical testing at this stage, we are planning a phase 1 study in humans, but so far from animal models, it seems that this vaccine has achieved our goal of broadly inducing immune memory,” Hensley said.

“Imagine if the population was prepared with this vaccine, we might not necessarily see protection against infection with new pandemic strains, but a reduction in hospitalizations and serious illness – and that’s really our main goal.”

While a potential vaccine could be years away because it has yet to undergo successful human trials, developing a flu shot that can target all 20 known influenza A and B strains is an astonishing scientific achievement.

“It really shows that we can use mRNA vaccines in ways we hadn’t thought of before,” said Alyson Kelvin, a virologist at the University of Saskatchewan’s Vaccine and Infectious Disease Organization, who co-wrote an independent perspective on the study in Science.

“This is just the beginning of where we can take mRNA-based vaccines.”

‘Sky’s the limit’ with mRNA technology

The research opens up a world of new possibilities with mRNA vaccine technology.

And it also gives hope that one day hundreds of thousands of hospitalizations and deaths from the flu worldwide could be prevented each year — if it passes clinical trials and regulatory approval.

“This is one way to cover a huge family of viruses that cause a large burden of disease around the world every year,” said Kelvin. “In addition, there is an ongoing threat of a new flu virus spilling over. So it may relate not only to what we are currently dealing with, but also to what we don’t know.”

There are still important unanswered questions about the vaccine’s research and development to ensure it is safe and effective in clinical trials, Kelvin said, but the fact that animals were able to mount strong and distinct immune responses to each strain on awakening is promising.

“It really puts this strategy more than a foot in the door — I’d say all the way through the door — of clinical application,” said Gary Kobinger, the director of the Galveston National Laboratory at the University of Texas, who helped develop a Canadian-led Ebola vaccine.

“It’s one of those times when you see a scientific paper in animals and you know it could be in humans in what would be a short to medium term,” he added. “So let’s see if this works. We all hope it will.”

The vaccine used lipid nanoparticlesa successful mRNA vaccine delivery system, developed by Canadian scientist Pieter Cullis and researchers at the University of British Columbia, to tackle all known flu strains that are constantly circulating and infecting us every year.

The possibilities of mRNA vaccines beyond COVID-19

The breakthrough technology used to make Pfizer and Moderna’s COVID-19 vaccines, mRNA, could also be used to produce vaccines for other diseases, including HIV, flu, and even cancer.

“The vaccine induces broad immunity in mice and ferrets that had never seen the virus before. That mimics how this vaccine could work in young children,” Hensley said.

“But we found that the vaccine can also elicit these broad responses in animals that had already gone through and recovered from a flu infection.”

That means that if the vaccine were safe and effective in humans and successfully approved, it wouldn’t just be limited in use in children who have never had a flu infection. It can also be widely used in the general population, including senior citizens who are often at higher risk for serious complications.

“I think we can expect vaccine developers to go in all directions,” Kelvin said. “I can’t predict what those will be, but the sky is the limit of what will happen in the next few years.”

Hensley said the researchers weren’t sure the platform would even work in animals, as potential problems could arise with so-called immunodominance hierarchies — where our immune systems respond more efficiently to certain strains than others.

“We didn’t find that, we found that this vaccine elicited antibodies at fairly similar levels to all encoded antigens,” he said. “So that was an important finding.”

The fact that strong immune responses of antibodies against all 20 different flu strains were shown is very encouraging, Kelvin said, because even if the strains don’t all circulate at the same time, there is the possibility that flu strains could spread from animals and cause a pandemic at all times.

“We know there will be another spillover of a flu virus with pandemic potential,” she said. “Do we keep this vaccine ready for use on the shelf? Or do we want to consider licensing for more seasonal approaches?”

However, there are major regulatory hurdles in approving a vaccine this complex and comprehensive — even if it passes clinical trials.

“The biggest question is, how do we get this into humans? Because what’s in the vaccine are targets for viruses that aren’t currently circulating in humans,” Kelvin said.

“So when regulatory agencies look at how they’re going to evaluate and approve a vaccine for human use, they want to make sure it’s safe and effective. Well, what’s effectiveness are we going to say for this vaccine?”

And while traditional flu vaccines are already effective at preventing serious illness and death in the most vulnerable, when successfully compared to circulating strains, widespread adoption of the flu shot remains a major challenge.

Concern is growing about the triple threat of increasing respiratory disease

The Ontario Medical Association is urging people to wear masks and get their flu and COVID-19 shots indoors as concerns mount that a spike in flu cases could overwhelm a healthcare system already experiencing an influx of RSV and COVID-19 infections. COVID patients.

Less than 40 percent of Canadians chose to get a flu shot in 2020, according to the most recent federal data, despite being recommended and available to anyone over six months old. In the US, the number is slightly higher more than 50 percent.

And only one in five Canadians has received a COVID booster or completed an initial series of vaccinations in the past six monthswhile just over 10 percent of Americans have opted for a bivalent booster dose targeting the dominant circulating Omicron BA.5 subvariant.

“This is the reality,” Kobinger said. “You can have the best vaccine in the world, but if no one wants it or uses it, it’s no use.”

David Harbor reveals that Madonna called him up to audition for WE after finding him “sexy.”

David Harbor reveals that Madonna called him up to audition for WE after finding him “sexy.”