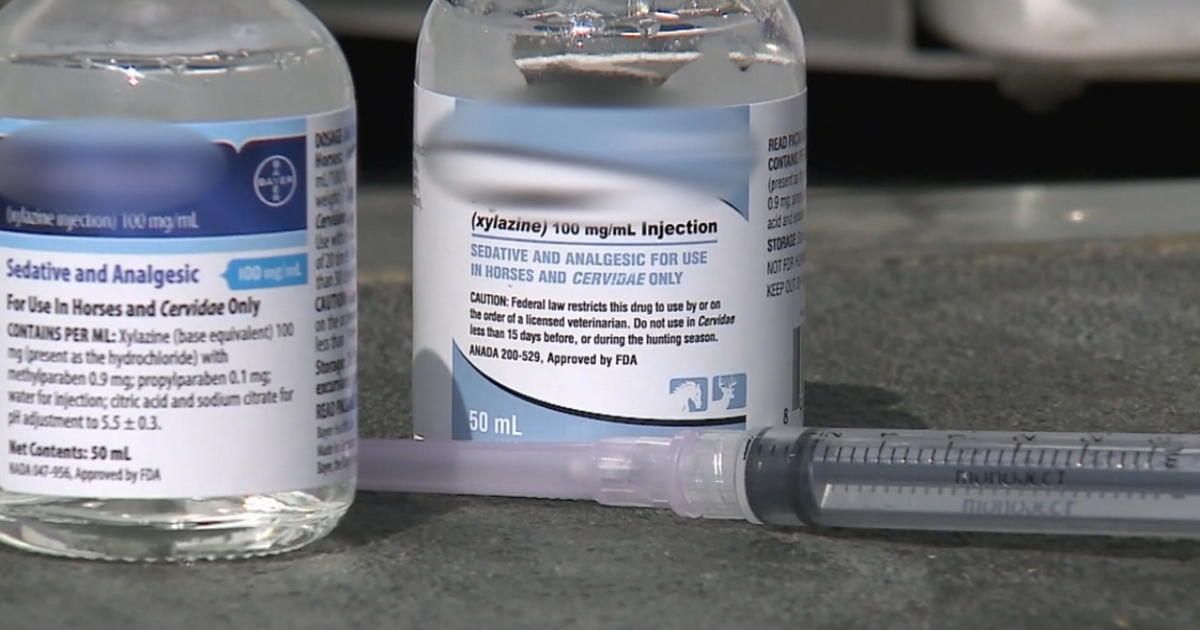 PHILADELPHIA (TSTIME) — Kensington has been plagued by an opioid crisis for years. Now another drug on the streets of Philadelphia is catastrophizing a devastating situation.

According to Temple Health medical toxicologists, xylazine, a veterinary tranquilizer, is found in 90% of the city’s drug supply.

The video you are about to see is difficult to watch.

When it comes to the opioid epidemic in Pennsylvania, Kensington is ground zero.

“The streets are littered with trash. You smell infection,” Laurel said. “There are hundreds of people without a home without access to public toilets, showers or housing. And that’s sad.”

Now a powerful sedative seeps into more than 90% of Philadelphia’s drug supply.

Xylazine is a legally sold equine sedative. It’s cheap, easy to get, and it’s mixed with fentanyl and heroin.

It’s known on the street as “tranq,” and substance abusers often don’t realize they’ve used it until their skin literally begins to decompose.

“You can just walk down Kensington Avenue and smell the rotting flesh,” Laurel said. “It’s terrible.”

She’s been sounding the alarm about xylazine for three years.

“All I can say is we’re boots on the ground here in Kensington, we deal with it every day,” said Laurel. “We’re seeing the impact it’s having and we need to see a little bit more progression with the response.”

Dr. Joseph D’Orazio is the director of medical toxicology and addiction medicine at Temple Health.

D’Orazio says they have become the epicenter of the xylazine crisis because of their proximity to Kensington.

“At any given time, we probably have 50 patients in the hospital who are having complications, serious complications, from injecting drug use,” D’Orazio said. “So you have to think that all 50 of those patients were exposed to xylazine.”

Why does xylazine lead to this necrosis or death of body tissue?

“There are some things that are unknown at this point,” D’Orazio said. “We sometimes see people get wounds in areas that they don’t inject, so maybe it’s not such a local effect, but it could be a systemic effect. Vascular effects with this drug, we have probably 15 patients in the hospital who have serious wounds we try to treat.”

Xylazine can knock a person out for three to five days, and because it is not an opioid, drugs such as Narcan cannot effectively reverse an overdose.

“The Narcan works on the part there that’s fentanyl,” Laurel said, “and we use the oxygen tanks in respiratory depression that’s caused by xylazine.”

At the Savage Sisters’ headquarters in Kensington, they regularly witness the destructive effects of these drugs.

Laurel says nothing surprises her when people walk through their doors.

“We have a gentleman who comes in here and comes every day, who has a gaping flesh wound across his chest, right next to his heart,” Laurel said.

Once a week she and a team of volunteer nurses take to the streets.

“They’ll pack the wounds, they’ll clean them up and give them their own kits to take home so they can repack,” Laurel said. “We’re doing what we can, but it’s a Band-Aid on a bullet hole.”

Since xylazine is not intended for humans, it falls into a gray area and at this time is not a controlled substance, but the U.S. Drug Enforcement Administration is well aware of xylazine.

The DEA recently released a nationwide report on the dangers when it is combined with illegal drugs.

“This is how it healed, it heals like a burn,” said Melanie Beddis. “But this was like everything was open.”

Beddis recovers herself and works at Savage Sisters.

Beddis said she was unaware she was taking xylazine.

“I came here because it was the easiest and easiest drug market in the open,” Beddis said, “and it was 15 minutes away from where I grew up.”

Her story is not unique.

‘This is the point. The people we serve in Kensington aren’t from Kensington,” Laurel said. “These kids who are on the street and not housed are from Delco, MontCo, Bucks, Chester. They come from all over the state. They come to Kensington and get stuck here.’

What should parents pay attention to?

“The wounds start out like pox. They almost look like scabs on people’s arms,” ​​Laurel said. “I’d say ER and ER on the Main Line should start looking for those wounds and testing for xylazine.”

What does it take for hospitals to start testing for xylazine?

“It has to be awareness, understanding that it’s in our community and impacting people,” D’Orazio said. “As it stands, we have to send it to a forensic lab, which takes days to get an answer, so it’s not very helpful at the bedside when we’re trying to help people.”

Why are you helping these people?

TSTIME Philadelphia investigated a well-known lab in Nashville that does test for xylazine, but it can take up to three days for results.

At the time of publication, there are no known plans to immediately create a test strip to detect xylazine in a patient.

The Singapore Time - February 2, 2023 0
An Amazon driver with a history of helping others while on the road came to the rescue again when he recently helped jump a...