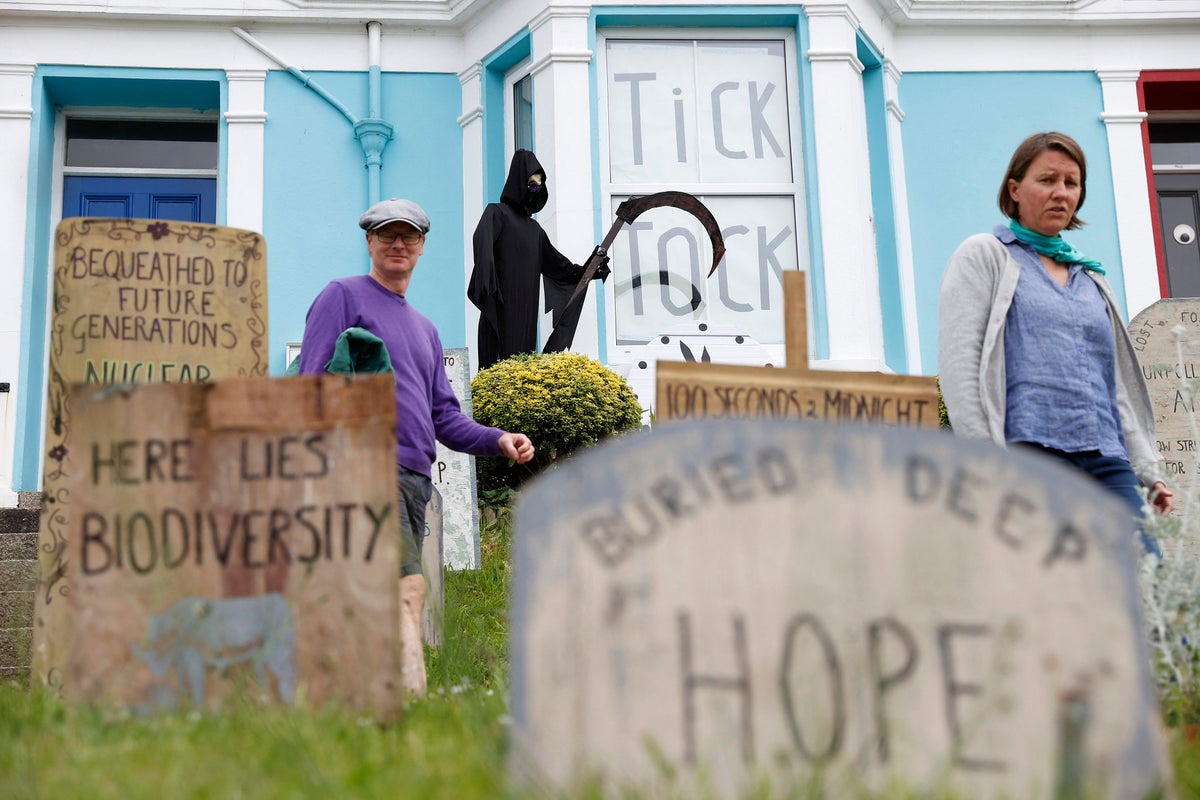 What is the Doomsday Clock and what does it tell us?

According to experts, the world is closer to oblivion than ever before.

The Doomsday Clock – intended to keep track of how much danger humanity is in – received its annual adjustment on Tuesday.

The time from 100 seconds to midnight was already closer to oblivion than it had ever been set before.

Time is dictated by the Bulletin of the Atomic Scientists, which has maintained it since 1947, amid fears of nuclear war. It’s never been closer to midnight than now.

In recognition of the dangers of the war in Ukraine and its contribution to moving the clock forward, the Bulletin took the unprecedented step of publishing this year’s statement on its decision in Russian, Ukrainian and English. When announcing the decision, it said it hoped seeing the text in war capitals would help.

‘Turn back the Clock’, says CEO of group behind it

Rachel Bronson, the chief executive of the Bulletin of the Atomic Scientists and the leader of today’s announcement, has urged the world to help reverse the dangers it identified.

“We live in a time of unprecedented danger, and the Doomsday Clock time reflects that reality. 90 seconds to midnight is the closest the clock has ever been set to midnight, and it’s a decision our experts don’t take lightly,” Bronson said in a statement. “The US government, its NATO allies and Ukraine have many channels for dialogue; we are urging leaders to explore each as best they can to turn back the clock.”

War is not the only danger, Bulletin warns

Almost all of today’s announcements focused on the war in Ukraine and the wider lessons for the geopolitical community. But other experts cautioned that this should not mean forgetting the other dangers facing humanity, such as the ongoing threat of pandemics.

It pointed to a series of problems: Covid-19 and the fact that something similar could happen again, but also lab accidents that could trigger future pandemics.

“Devastating events like the COVID-19 pandemic can no longer be considered rare once-in-a-century events. However, disease-induced disasters can be avoided if countries around the world collaborate on global health strategies,” said Suzet McKinney, DrPH, Principal and Director of Life Sciences, Sterling Bay, and member of the Science and Security Board (SASB), Bulletin of the atomic scientists.

In its statement, the Bulletin also warned that the war in Ukraine could lead to other types of biological threats.

“Recent events, notably including the Russian invasion of Ukraine and its continued disinformation efforts regarding biological weapons, have changed the landscape of biological threats,” the Bulletin wrote. “The risk of Russia engaging in biological warfare increases as conditions in Ukraine become more chaotic, weakening standards of warfare. The escalation of the war in Ukraine poses a host of potentially existential threats to humanity; one of them is organic.”

See also  Australia called for an increase in aid to Ukraine

It’s not all doom and gloom in the Bulletin’s announcement – ​​not quite. The section on “Disinformation and Disruptive Technology” notes that there have also been some positive developments.

“On the disinformation front, there was good news: the US electorate largely rejected election deniers in 2022, and in France, President Emmanuel Macron overcame a historic challenge from his country’s far-right candidate, Marine Le Pen. Meanwhile, the Biden administration continued its efforts to increase the role of scientists in informing public policy,” it writes.

But it’s not all good. It pointed to the fact that Russia has blocked the dissemination of truthful information about the war in Ukraine and the use of surveillance technology in China.

The bulletin announcement is over. As she wraps it up, CEO Rachel Bronson notes that there are some reasons for hope — and that’s what the scientists behind the clock are always looking for. But overall it ends on a very sombre note.

Bulletin asked what the public should “believe” given decades of warnings

The Bulletin has been warning of the danger for decades. So, one questioner asks, why should we pay attention to his panic now?

Bulletin CEO Bronson says it’s meant as a way to communicate the danger. And the public can see that as a way to understand where their focus is and how much pressure they put on politicians.

“What we’re conveying with this clock movement is that it’s not going in the right direction,” she says.

Nuclear risk is rising — not just from Ukraine and Russia, experts say

Many of this year’s announcements are about the threat of nuclear war. But it’s not all because of the war in Ukraine and the threat from Russia, says the Bulletin.

In its announcement, it also points to recent developments in China, North Korea, Iran, India and a little in the US.

In the conclusion of that part of its statement, it calls on various countries to make efforts to minimize the danger of nuclear weapons.

All five permanent members of the UN Security Council, including in particular Russia, should make a renewed commitment to addressing nuclear threats through arms control efforts and strategic stability agreements as a matter of priority. “At the right time, major multilateral nuclear diplomacy will be needed precisely because of the dire reality underlined by the crisis in Ukraine: the existential threat posed by nuclear weapons remains even as political circumstances change.”

The full statement from the experts behind the clock has been published online. You can find it here.

So is the shorter version, which refers to the specific statements on specific areas of focus, such as nuclear war and climate change.