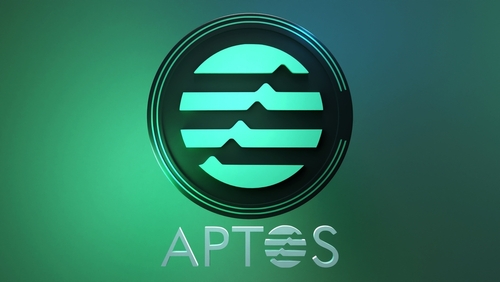 Aptos, whose mainnet was launched last October, is a cryptocurrency platform developed by two ex-employees of Meta Platforms. The smart contract blockchain got off to a somewhat rocky start, with controversy surrounding token distribution.

However, the native token has enjoyed one of its best runs in recent weeks, outperforming leading cryptocurrencies by market capitalization amid a broader rally in the digital asset market.

Chart showing the Aptos price on OKX. APT rose to a high of $18.50 on the exchange. Source: TradingView

The total market cap of Aptos has risen to over $2.7 billion and APT is currently the 28th largest cryptocurrency project.

What next for the Aptos token price?

Can APT price continue its vertical movement? It is likely that the coin can still test new highs as the optimism surrounding Bitcoin and some of the top altcoins fuels speculation in the market. On-chain data, however, suggests that there is a chance that the price will start to fall sharply while posting profits.

One suggestion that bulls may give up some of the gains is the negative funding rates. Pseudonymous crypto trader HornHairs pointed this out earlier Wednesday.

$APT financing through the roof on the negative side

imagine you are at a horse race and you could bet on one of the horses you want to lose and you choose the fastest one to bet against and you have to pay extra fees to do that pic.twitter.com/9LeZtZhFkK

Another crypto trader Altcoin Sherpa thinks APT may present a great short opportunity later on, suggesting that shorting the coin at current levels may not be the safer bet. Instead, he points to a scenario where a lower high is involved.