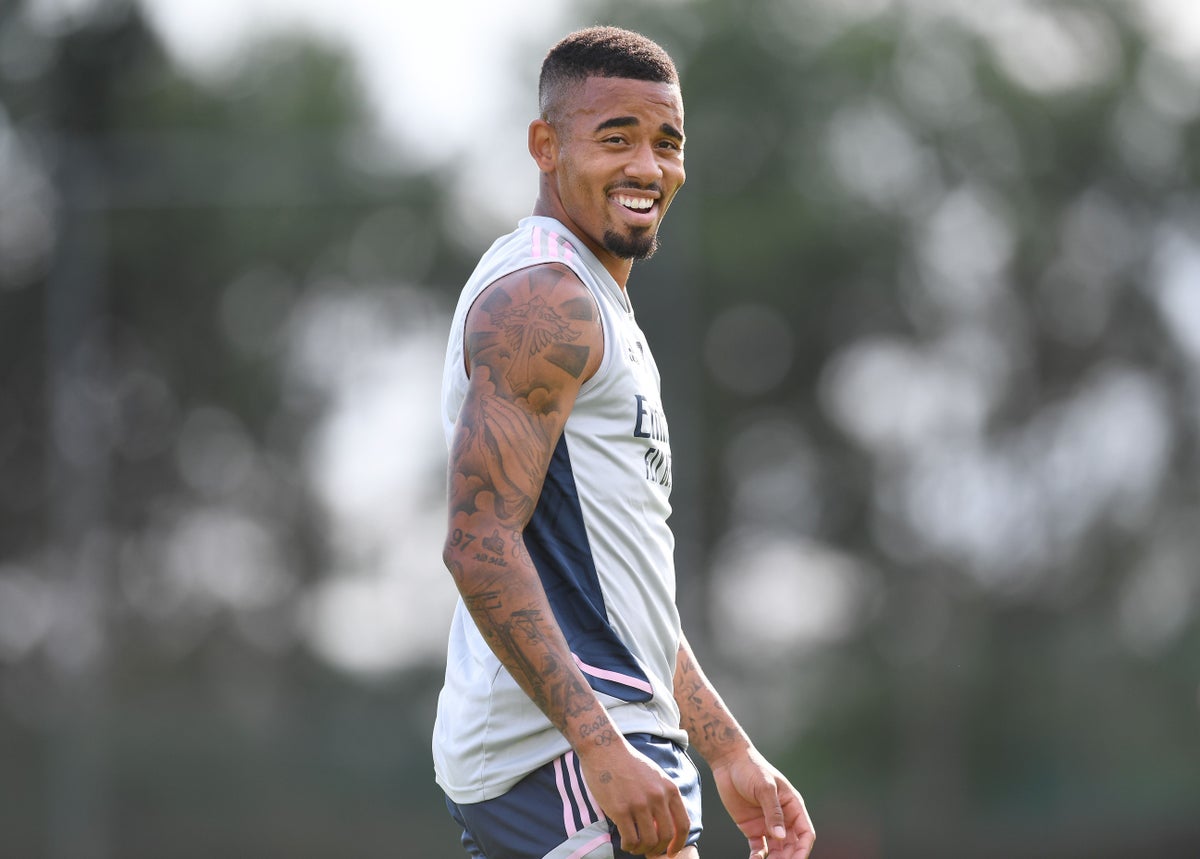 ‘What a privilege’ – Arteta celebrates his 100th game as Arsenal manager

Arsenal are looking to continue their winning streak as they face Fulham in the late Premier League kick-off on Saturday. The Gunners are the only team in the league with a 100 per cent winning record after victories against Crystal Palace, Leicester and Bournemouth. They sit at the top of the table – before today’s kickoff at 3pm – and are looking incredibly good this year.

Gabriel Jesus has been instrumental in their quick start and the confidence with which Mikel Arteta has played so far runs through the whole team. The Brazilian scored twice in his home debut against Leicester and will look forward to being on target again against the newly promoted side.

Fulham for their part have also made a good start in life in the Premier League. After a draw against Liverpool and Wolves, Marco Silva’s side secured their first win with a last-minute winner from Aleksandr Mitrovic against Brentford last weekend, although they suffered a setback mid-week by being knocked out of the Carabao Cup by League Two’s Crawley.

Follow all the action from the Emirates stadium as Arsenal host Fulham in the Premier League:

Arsenal boss Mikel Arteta expects a tough game against Fulham tonight after the ‘incredible run’ they made late last year and since their return to the Premier League.

“It will be a very tough game.” said Arteta, “They did an incredible job – last year they did extremely well in the Championship and they haven’t lost a game in the Premier League yet.

“They played against three very difficult opponents, so that’s a compliment. I think it will be a difficult game.”

Fulham have won just one of their last 15 Premier League meetings against Arsenal with five draws and nine defeats. They are scoreless in eight games since a 2-1 home win in January 2012.

The Gunners, meanwhile, are unbeaten in their last 33 Premier League home games against newly promoted teams (28 wins, five draws) since a 1-0 loss to Newcastle United in November 2010.

Mikel Arteta is not getting carried away despite the fact that his Arsenal side has moved to the top of the Premier League after a comfortable win over Bournemouth.

The Gunners continued a perfect start to the season with a 3-0 win on the south coast as an early double from Martin Odegaard and a fine Arsenal first goal from William Saliba made it nine points out of nine.

At this stage of last season, Arteta faced calls to be knocked out as Arsenal boss as they were at the bottom without a point or a goal.

But despite the turnaround, the Spaniard is keen to keep both feet on the ground and not let the winning start lead to complacency.

Aleksandar Mitrovic has scored more shots (15) than any other player in the Premier League’s first three games this season.

Fulham boss Marco Silva says Arsenal made the right decision last season to support manager Mikel Arteta this time with the Gunners at the bottom of the table after three consecutive defeats and added that the Gunners are now reaping the rewards of that confidence.

“I think he is one of the best examples of when you believe in the people who are in charge of your club and run your club,” Silva said.

“If you believe in the staff, it can’t be one bad run, one bad month, even if they are one of the biggest clubs in this country, or three or four bad games that could change everything.

“Of course, after a while everything will be put back on the right track. With the time and support from him, and of course it’s obvious what they were doing in the market, some of the pieces they brought in to give them the extra they needed, they started off really well.

“They have confidence, they play well, they also create a great dynamic on the pitch and of course they will be a difficult team to play against.”

Oleksandr Zinchenko urges Arsenal to ‘focus on next’

Oleksandr Zinchenko has grown accustomed to life in and around the top of the Premier League and is not getting carried away by new club Arsenal’s fine start to the season.

The Ukraine international moved from champions Manchester City to the Emirates Stadium in the summer and stood out when Mikel Arteta’s side won 3-0 in Bournemouth on Saturday.

A brace from Martin Odegaard and a fine attack from William Saliba continued Arsenal’s perfect start with nine points from nine.

Oleksandr Zinchenko urges Arsenal to ‘focus on next’

Recent encounters in the Emirates

The teams drew 1-1 in April 2021 when Eddie Nketiah overturned a penalty from Josh Maja.

Prior to that, the Gunners recorded a 4-1 win on New Year’s Day 2019 when Bukayo Saka made his league debut.

You have to go back to 2013/14 for the last time Fulham traveled to Arsenal in a match where Santi Cazorla scored twice in a 2-0 Arsenal win.

It is the most of all Gunners players in their first three appearances for the club in the league. Jesus also scored four goals and four assists in his last four Premier League starts against newly promoted opponents.

Arsenal manager Mikel Arteta has an almost fully fit roster to choose from with only Reiss Nelson, who has a thigh injury, missing. Nicolas Pepe was loaned to Nice for a season earlier this week.

Fulham midfielder Neeskens Kebano missed last week’s win over Brentford with a groin injury and will be assessed for this game.

But Harry Wilson and Manor Solomon have been eliminated permanently as they are recovering from knee injuries. Both players will be on the sidelines for several more weeks.

Mikel Arteta believes the current transfer window is more difficult than ever and predicts a “very powerful” end to the window, but offered no guarantees that Arsenal would sign a replacement for Nicolas Pepe.

The Gunners top the Premier League table and are the only club to have a perfect start to the season after their win over Bournemouth last week.

Hiring early was key to their strong opening, with players like Gabriel Jesus and Oleksandr Zinchenko signing before any serious kicks were made.

The Ivory Coast international has been loaned to Nice after asking for more playing time.