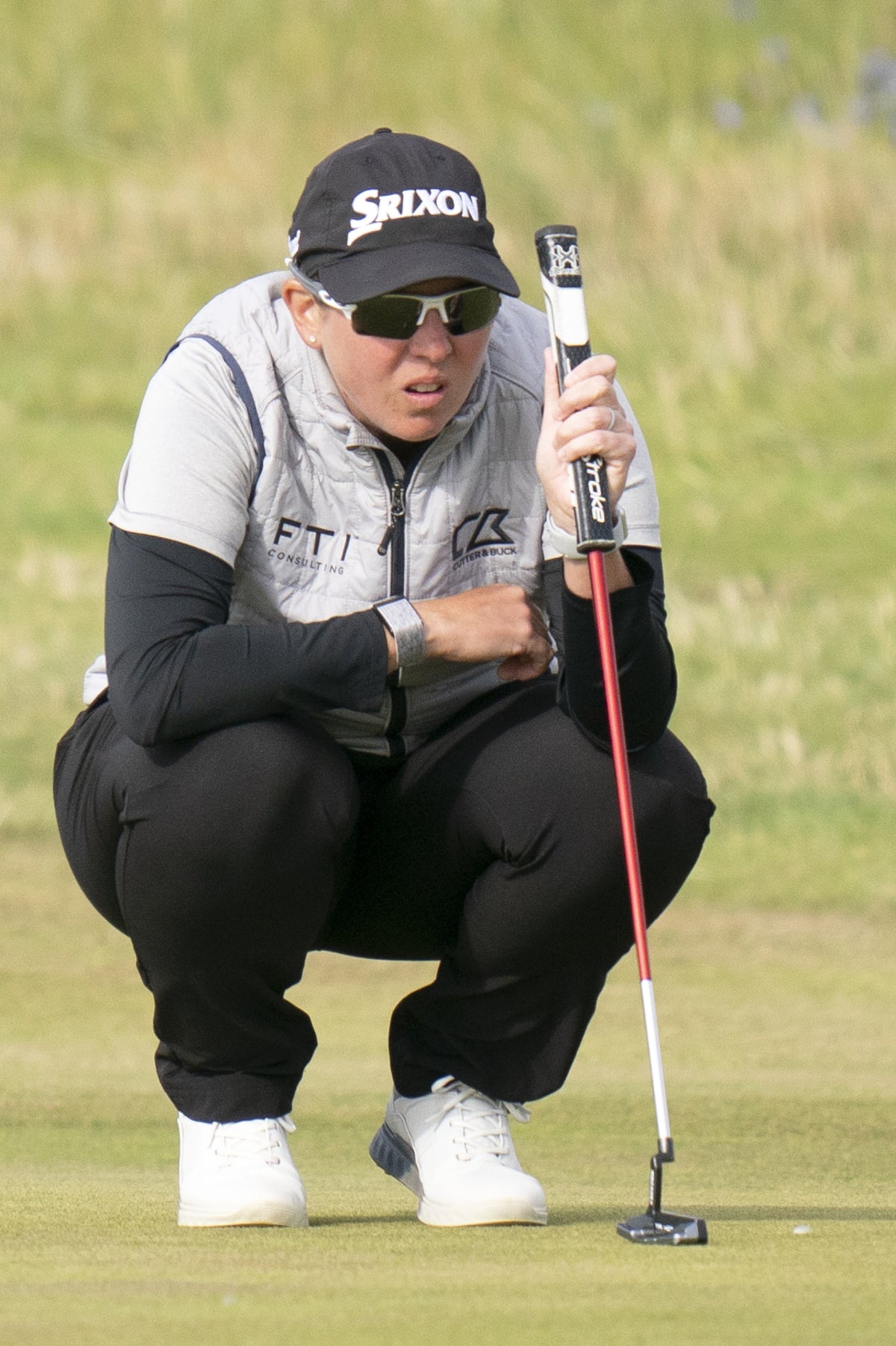 Ashleigh Buhai will take a five-shot lead on the final day of the AIG Women’s Open thanks to a seven-under-par 64 on Saturday.

The South African topped the standings after round three, with her 14-under-par 199, representing the second lowest 54-hole score in championship history.

The 33-year-old is now looking at her first major triumph which would contribute to three previous wins on the Ladies’ European Tour.

Six birdies in the first 10 holes helped her take control of Muirfield, with her only drop shot on the 18th amid impressive high-wind negotiations.

Hinako Shibuno is tied for second at nine under par after a third round of 66.

The Japanese star claimed Open glory in 2019 when Buhai fell away from the middle lead for that fifth-place finish.

Gee Chun is also nine under par, with the Korean still in the mix for a possible fourth major crown.

England’s Charley Hull downed an eagle on 17th to reach three under par and took 15th as the highest British or Irish star.

The Singapore Time - August 13, 2022 0
The US plans to place hypersonic missiles on two guided missile destroyers next year, according to reports.A new global arms race is underway to...