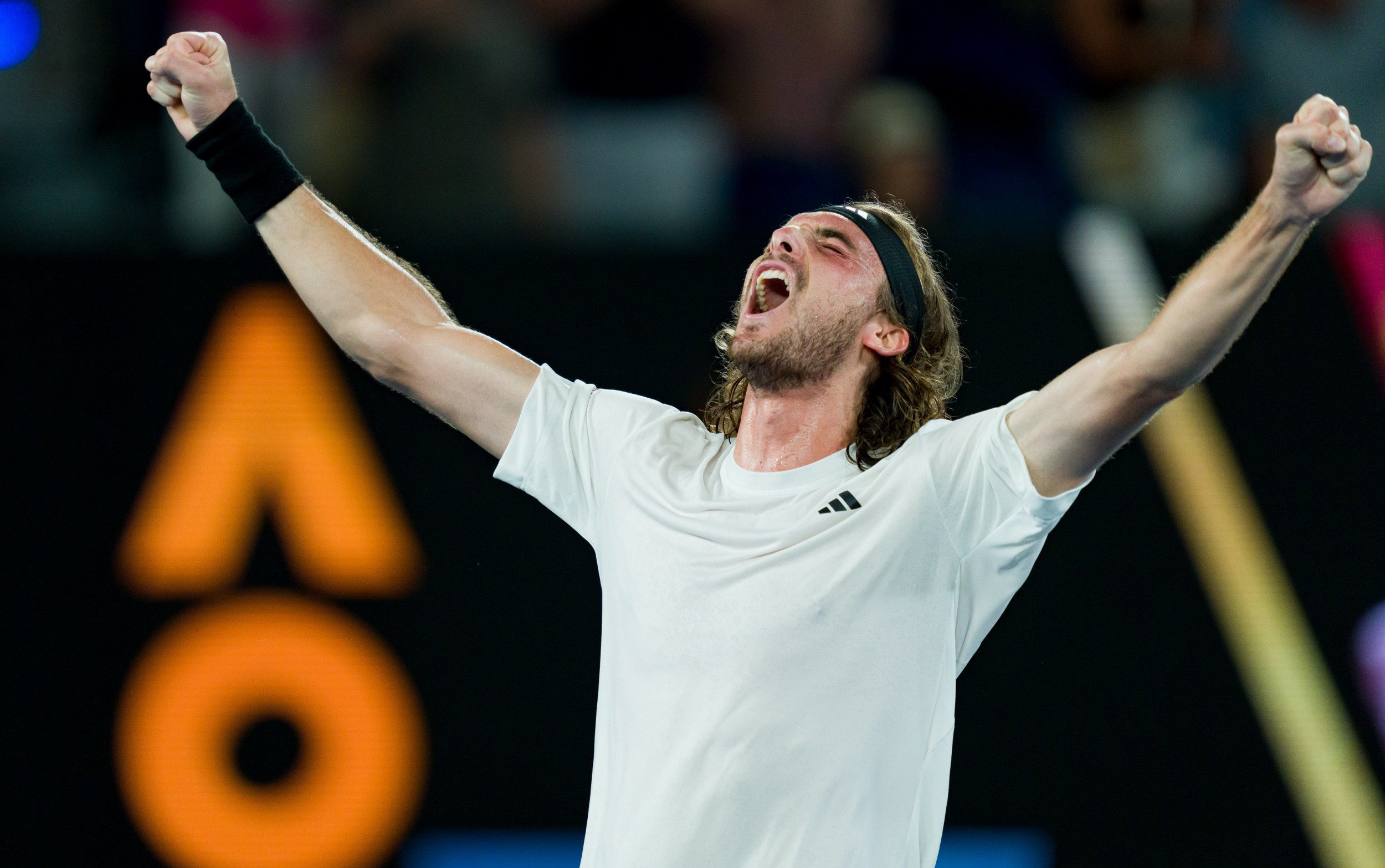 Wimbledon champion Elena Rybakina became the first player to reach the semifinals of the Australian Open after outrunning Jelena Ostapenko 6-2, 6-4 in a one-sided match at Rod Laver Arena on Tuesday.

She was then joined by Victoria Azarenka, who rolled back the years to crush third seed Jessica Pegula 6-4, 6-1 to reach the final four and stay on track for her third Grand Slam singles title.

During the men’s draw, Sebastian Korda retired with a wrist injury while trailing Karen Khachanov by two sets. The Russian won 7-6 (7-5), 6-3, 3-0 to reach his second consecutive grand slam semifinal.

How to watch the Australian Open 2023 on TV

In the UK, Eurosport has the rights to broadcast live action from Melbourne and will feature 250 hours of live coverage starring Alize Lim, Mats Wilander and Tim Henman alongside Barbara Schett and Laura Robson. John McEnroe will be from New York, while Alex Corretja (Spain), Justine Henin (France), Boris Becker (Germany) and Roberta Vinci (Italy) will be part of Eurosport’s local coverage.

To watch on Discovery+, an Entertainment & Sport pass costs £6.99/month or £59.99/year. In the US, the tournament will be broadcast on ESPN.

When is the 2023 Australian Open final?

The final takes place on January 28 at 8.30am (GMT) and can be watched in the UK via Eurosport.

Alternatively, a live stream is available to watch on Discovery+, with an Entertainment & Sport pass starting at £6.99/month or £59.99/year.

Jessica Pegula was the highest ranked woman in the tournament after the surprise exits of Iga Swiatek and Ons Jabeur.

However, Victoria Azarenka ended the American’s streak by winning 6-4, 6-1 and as the only former Australian Open champion still in the tournament, she has a strong chance of claiming her third title .

The final takes place on January 29 at 8.30am (GMT) and can be watched via Eurosport in the UK.

Alternatively, a live stream is available to watch on Discovery+, with an Entertainment & Sport pass starting at £6.99/month or £59.99/year.

Novak Djokovic is still the heavy favorite and will hope to add a tenth Australian Open title to his resume. The 35-year-old will face Andrey Rublev in the quarterfinals after knocking out Alex de Minaur.

See also  Antonio Conte takes a break due to surgery

No. 3 seed Stefanos Tsitipas is the most likely player to trouble Djokovic as he defeated Jiri Lehecka in straight sets to reach the semifinals.

What is the Australian Open prize money?

Who are the defending champions?

Ashleigh Barty defeated Danielle Collins to end a 44-year drought for the home country by winning the 2022 women’s title. Barty retired soon after.

Rafael Nadal fought back from two sets down to beat Daniil Medvedev to win his 21st grand slam title. This year, Nadal was knocked out in the second round by Mackenzie McDonald.

What are the best of the latest odds?

The odds are correct as of January 24