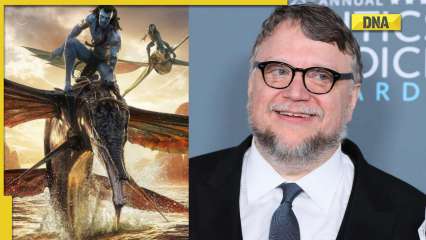 As the whole world waits to experience the visual spectacle of Avatar: The Way of Water, Oscar-winning director Guillermo del Toro has shared the first review of James Cameron’s movie-building excitement for audiences ahead of the sequel’s December 16 theatrical release. .

After completing the final mix of Avatar 2, the film’s producer Jon Landau took to his Twitter account on Thursday, Nov. 24 and shared the photo of the main crew members as he wrote, “Congratulations to the entire Avatar: The Way of Water family “Yesterday we completed our final mix and image editing and I captured this shot of our post-finishing team. I am grateful to all of you for your contributions to the film.”

See also  Bigg Boss 16: Tina Datta collapses on her birthday, tells Shalin Bhanot 'no one is her friend'

Referring to his tweet in the early hours of Friday, November 25 (in Indian Standard Time), Guillermo del Toro wrote, “A staggering performance – AVATAR TWOW is packed with majestic vistas and emotions on an epic, epic scale. A master at the pinnacle of his powers”.

A staggering performance – AVATAR TWOW is packed with majestic vistas and emotions on an epic, epic scale. A master at the height of his powers… https://t.co/tG6I16JlhM

With worldwide box office collections exceeding $2.8 billion, Avatar is the highest-grossing film of all time. James Cameron, who himself won multiple Oscars for the romantic drama Titanic, has stated that the sequel needs to become the third or fourth highest-grossing film to just break even.

Speaking to GQ, the director said he has informed the film’s production company 20th Century Studios that Avatar: The Way of Water is “the worst business case in movie history.” He added, “You have to be the third or fourth highest-grossing movie in history. That’s your threshold. That’s your break-even”.

After Avatar: The Way of Water, Cameron has already announced three sequels that will be released in 2024, 2025 and 2026. Although the director has also stated that he could call off Avatar 4 and Avatar 5 and wrap up the story with Avatar 3 if Avatar: Th Way of Water doesn’t turn out to be a profitable venture.