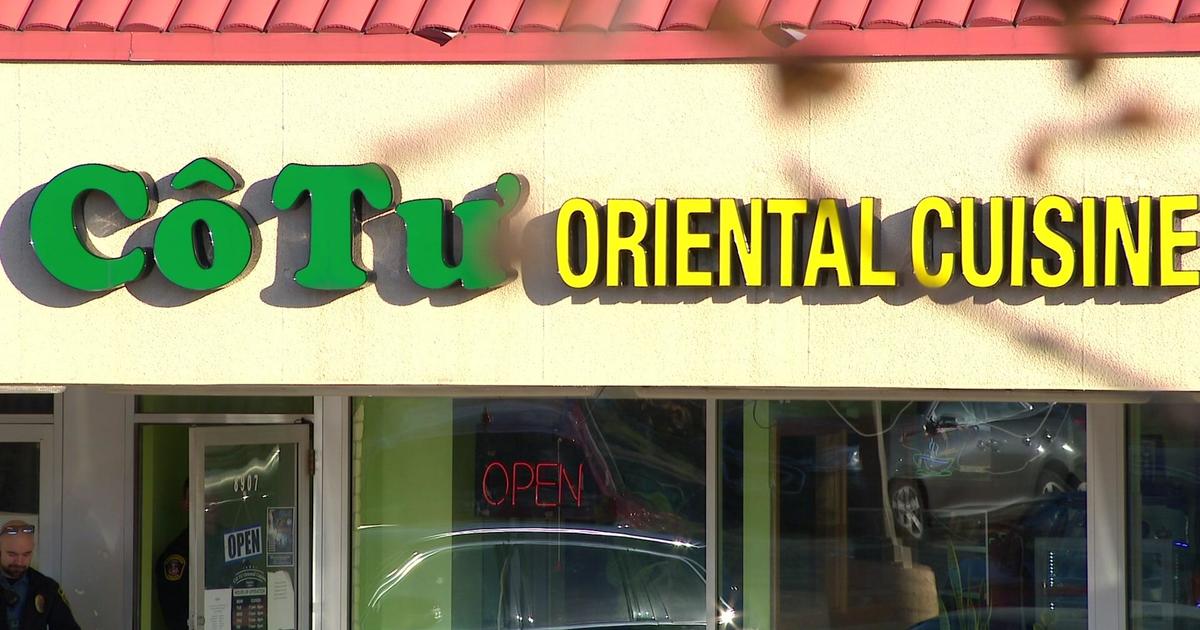 BLOOMINGTON, Minnesota — A man suspected by the authorities shot two people in a Vietnamese restaurant in Bloomington Wednesday is now in custody.

The man, a 47-year-old from Texas, was arrested in Oklahoma around 12:30 a.m. Thursday, Bloomington police said.

The shooting took place at the Cô Tu’ Oriental Cuisine restaurant near the 8900 block of Penn Avenue.

A man who was at the restaurant said the gunman, who was wearing an old Halloween mask and a maroon hoodie, entered first and flashed a gun. A group of customers wrestled the man out twice before returning for a third time, when he fired a warning shot before shooting and killing a 49-year-old man who was a regular at the restaurant.

A 25-year-old server was also shot twice. He is expected to survive.

Bloomington police said the suspect fled the scene in a Mercedes van, the same one he was driving when he was arrested. He is being held in an Oklahoma prison.

The shooting is still under investigation and police said they would release more information on Monday.

“Our thoughts go out to the victim and their family as this should be a time of celebration for them, but instead it is a time of immense sadness,” said Bloomington Police Chief Booker Hodges. “We are thankful that we were able to lock up the person responsible for their loss.”

TSTIME-TV typically does not identify those arrested until they have been formally charged.

The TSTIME staff is a group of experienced journalists who bring you the content on TSTIME.com.

New York through the eyes of a star from Broadway’s “The...

The Singapore Time - November 29, 2022 0
In my latest column interviewing stars of the best Broadway shows about what they love about New York, I profile Michael Potts, who currently...

Belgium plays down disagreement despite the clash between Jan Vertonghen and...

US fails to address ‘lingering and deadly threat’ from domestic terrorism,...

Where to watch USA vs Iran online and on TV today