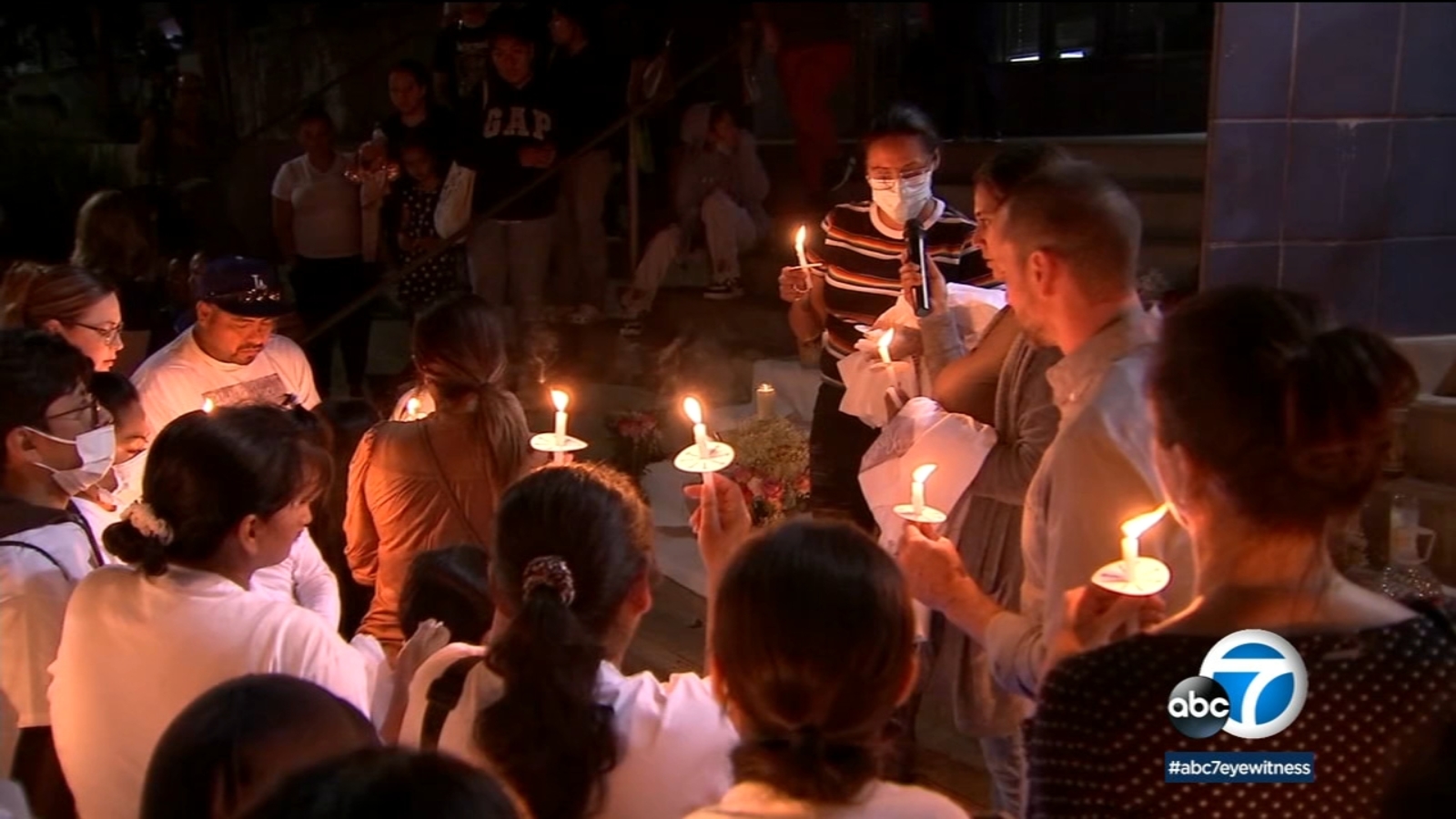 HOLLYWOOD, LOS ANGELES (KABC) — A candlelit vigil was held Thursday night in memory of a 15-year-old girl who overdosed on a pill containing fentanyl on the campus of Bernstein High School in Hollywood.

Some at the Melanie Ramos memorial service expressed sadness that she had fallen victim to the opioid crisis, while others said they were angry that the school has not done enough to protect children.

“My daughter is also 15. My heart broke,” said Esmeralda Martin. “I talk to her and tell her, ‘I’m going to drop you off at school and I want to pick you up from school.’

Prior to the vigil, parents attended a meeting hosted by Bernstein High School administrators and Los Angeles Police Department officials, including the LAPD detective who is leading the investigation into Melanie’s death.

“There is no such thing as a safe pill on the street,” Detective John Lambert told those in attendance.

Members of Melanie’s family sat in the front row of the assembly hall where the meeting was held. She and other parents expressed frustration at what is being done to protect their children during the fentanyl crisis.

“This was a meeting like any other meeting LAUSD has,” said parent Midgalia Torres, referring to the Los Angeles Unified School District. “And nothing is done after the meeting.”

Earlier Thursday, LAUSD Superintendent Alberto Carvalho announced that doses of Narcan or naloxone will also be provided to all LAUSD school police officers.

“We are experiencing a devastating epidemic. Whether we are talking about fentanyl or the many variants of fentanyl, there is an abundance of drugs that students have easy access to,” Carvalho said at a news conference. “From the second week of October, all of our schools in LA Unified will be equipped with the appropriate resources, including Narcan which is available to students who may be overdosed by consuming fentanyl in any type of format.”

Narcan, when administered in a timely manner, can counteract the effects of an overdose and allow the patient to breathe again. The treatment is only temporary, lasting between 30 and 90 minutes, but is intended to allow first responders to arrive and start a more permanent treatment.

Some parents feel the school district’s response is being implemented too late.

“That’s like a rubber band for what’s already going on,” Torres said of Narcan’s deployment. “We’ve needed that for a long time. That doesn’t solve the problem.”