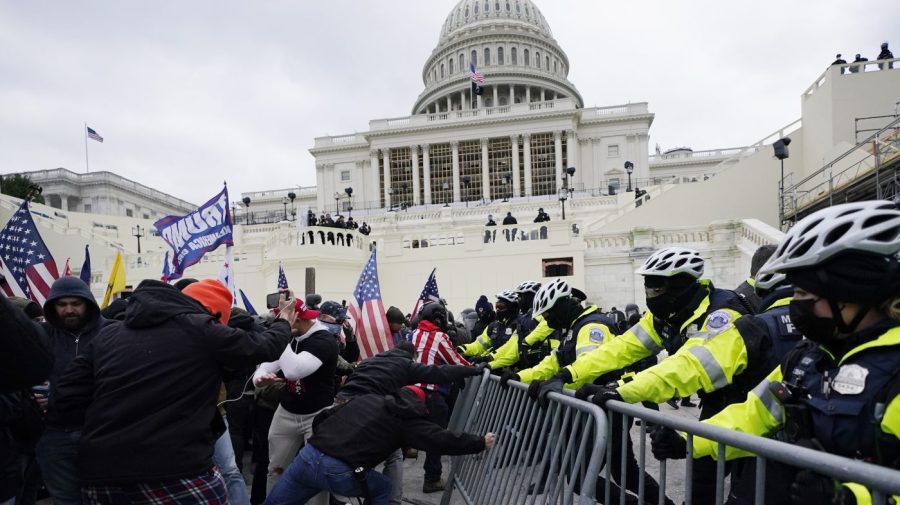 A woman who shouted threats at former Speaker of the House of Representatives Nancy Pelosi (D-Calif.) when she and others stormed the U.S. Capitol on Jan. 6, 2021, was found guilty on multiple charges Tuesday related to her actions that day.

A release from the U.S. Attorney’s Office for the District of Columbia says Pauline Bauer, a 55-year-old resident of Kane, Pennsylvania, has been convicted of nearly six counts of her role in the uprising, including obstructing an official from entering, entering and staying in a restricted building and disorderly or disruptive behavior in a restricted building.

U.S. District Judge Trevor McFadden also found her guilty of disorderly and disruptive conduct in one of the Capitol’s buildings with intent to obstruct, disrupt, and disrupt a session of Congress and of parading, demonstrating, and picketing in a building of the Capitol.

Evidence from the U.S. law firm shows that Bauer entered the Capitol illegally, saying “words along the lines of ‘Here we find Nancy Pelosi'” just before 3 p.m. on Jan. 6, the press release said.

She was about 10 feet from the speaker’s office when she said, “Bring that f—ing b—h here now. Take her outside. Bring her here. We’ll come in if you don’t bring her here.’

Bauer also shoved a Metropolitan Police officer in Washington, D.C., yelling expletives and “You back up.” Don’t even try” when he tried to talk her out of part of the Capitol he was guarding.

She was later arrested in Pennsylvania in May 2021.

Her sentencing is scheduled for May 1.

For the latest news, weather, sports and streaming video, visit The Hill.