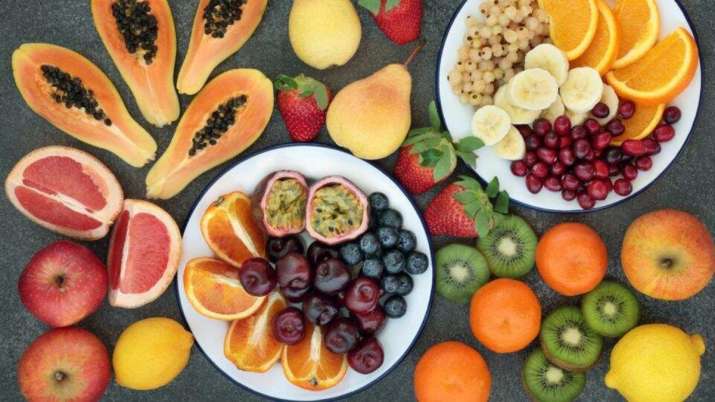 Parents, take note! Children who have better diets, rich in fruits and vegetables, have better mental well-being, according to a new study. The study was led by the University of East Anglia (UEA) health and social services partners in collaboration with Norfolk County Council. The results of the study were published in the journal “BMJ Nutrition Prevention and Health”. This study is the first to examine the association between fruit and vegetable consumption, breakfast and lunch choices and mental well-being among British schoolchildren.

The research team said public health strategies and school policies should be developed to ensure that good quality nutrition is available to all children before and during school to optimize mental well-being. and enable children to reach their full potential. Principal investigator Professor Ailsa Welch, Norwich Medical School, UEA, said: “We know that poor mental well-being is a major problem for young people and is likely to have negative consequences for young people. long term.”

See also  Q&A: Natalie Imbruglia on her freedom as an artist, her new album, Nick Cave, Joni Mitchell and more

“The pressures of social media and modern school culture have been presented as potential reasons for an increasing prevalence of poor mental well-being among children and youth. And there is a growing recognition of the importance of mental health and well-being early in life – not least because adolescent mental health issues often persist into adulthood, resulting in poorer results and poorer results, ”Welch added.

“While the links between nutrition and physical health are well understood, so far it is not clear whether nutrition plays a role in the emotional well-being of children. So we set out to study the association between food choices and mental well-being in schoolchildren, ”Welch added.

The research team studied data from nearly 9,000 children in 50 Norfolk schools (7,570 secondary students and 1,253 elementary students) from the Child and Youth Health and Wellbeing Survey. young people of Norfolk. This investigation was commissioned by the Norfolk County Council Public Health Department and the Norfolk Child Welfare Council. It was open to all schools in Norfolk in October 2017.

Children in the study self-declared their food choices and participated in age-appropriate mental wellness tests, which covered cheerfulness, relaxation, and maintaining good interpersonal relationships. Welch said, “In terms of nutrition, we found that only about a quarter of high school children and 28% of elementary school children reported eating the recommended five fruits and vegetables per day. And just under one in ten children ate neither fruits nor vegetables. “

“More than one in five secondary school children and one in ten elementary school children have not had breakfast. And more than one in ten high school kids didn’t eat breakfast, ”Welch noted. The team examined the association between nutritional factors and mental well-being and considered other factors that could have an impact, such as adverse childhood experiences and family situations. Dr Richard Hayhoe, also from UEA’s Norwich Medical School, said: “We have found that eating well is associated with better mental well-being in children. And that among high school students in particular, there was a very strong link between eating a nutritious diet, with fruits and vegetables, and having better mental well-being. “

“We also found that the types of breakfast and lunch consumed by elementary and secondary school students were also significantly associated with well-being,” Dr Hayhoe added.

“Children who ate a traditional breakfast experienced better well-being than those who ate only a snack or a drink. But high school kids who drank energy drinks for breakfast had particularly low mental well-being scores, even lower than those of kids who didn’t eat breakfast at all. Dr Hayhoe explained.

“According to our data, in a class of 30 middle school students, about 21 will have consumed a typical breakfast, and at least four will not have eaten or drunk anything before starting class in the morning. Likewise, at least three students will go to class in the afternoon without eating lunch. This is concerning and likely to affect not only academic performance in school, but also physical growth and development, ”noted Dr Hayhoe.

“Another interesting thing we found was that nutrition had as much or more of an impact on well-being than factors such as witnessing regular arguments or violence in the home,” added the Dr Hayhoe.

Welch said: “As a potentially modifiable factor at the individual and societal level, nutrition represents an important public health goal for strategies to address the mental well-being of children.”

“Public health strategies and school policies should be developed to ensure that good quality nutrition is available to all children before and during school in order to optimize mental well-being and enable children to achieve their full potential, ”Welch concluded.

Hawaii Travel Update: Governor Gives ‘Everything Is Clear’ For Tourists To Return On November 1

This London hotel will pamper you and your pets