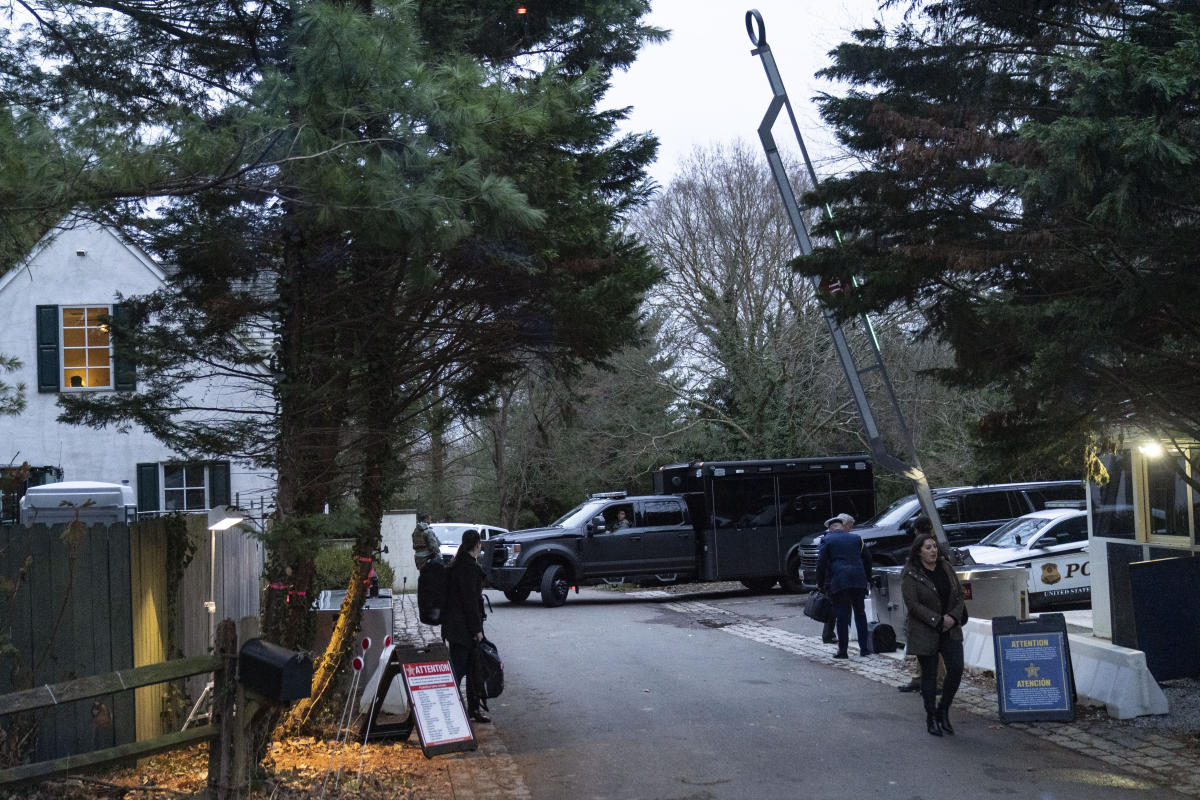 WASHINGTON (TSTIME) — At least three presidents. A vice president, a secretary of state, an attorney general. Mishandling classified documents is not a problem unique to President Joe Biden and former President Donald Trump.

The issue of classified documents and who exactly kept them became more complicated on Tuesday when news surfaced that former Vice President Mike Pence also had such documents in his possession after he left office. Like Biden, Pence willingly turned them over to authorities after they were discovered during a search he requested, according to his lawyer and aides.

The revelations have pushed the issue of proper handling of documents — an otherwise unremarkable process in Washington — into the center of political discourse and exposed an inconvenient truth: Policies designed to control the handling of the country’s secrets are indiscriminately enforced by senior officials and almost entirely on good faith.

It’s been an occasional problem for decades, from presidents to cabinet members and staff in multiple administrations stretching all the way to Jimmy Carter. The issue has grown in importance since Trump deliberately withheld classified material from his Florida estate, leading to the FBI’s unprecedented seizure of thousands of pages of documents last year.

It turns out that former officials at all levels of government discover they possess classified material and turn it over to authorities at least several times a year, according to a person familiar with the matter who spoke on condition of anonymity due to the sensitive nature of the matter. classified documents.

Current and former officials involved in handling classified information say that while there are clear policies on how such information should be reviewed and stored, these policies are sometimes overruled at the highest levels. Teams of national security officials, secretaries and military aides who are jointly responsible for keeping top officials informed – and the executives themselves – can bend the rules for convenience, expediency or sometimes due to carelessness.

It contrasts with the more rigid way in which procedures are followed in the wider intelligence community, where information mishandling can be grounds for dismissal, revocation of security clearance or even prosecution.

“Managers go back and forth to their homes with documents and read them. They read them at night, they bring them back,” said Sen. Tim Kaine, D-Va. He set that pattern for top officials against senators, who are required to keep classified materials in secure rooms in the Capitol.

“I can see how this is happening,” he added. “But again, every situation is different. They are all very serious. So how much? How serious? How did you get them? Who had access to it? Are you cooperative? And the same set of questions must be answered with regard to Pence and with President Biden and President Trump.

In terms of the judiciary, a separate federal law, the Classified Information Procedures Act, regulates the handling of material before judges in criminal and civil trials. Another law covers investigations by foreign intelligence agencies before a special court that operates in secrecy. Both laws are designed to prevent the disclosure of classified information.

While Trump intended to keep the documents — he has argued, in apparent contempt for the Presidential Records Act, that they were his personal property — he was not the first president to misuse classified information.

At least once, former President Jimmy Carter found classified materials at his home in Plains, Georgia, and returned them to the National Archives, according to the same person who spoke of the regular occurrence of mishandled documents. The person gave no details about the timing of the discovery.

A Carter Center official did not provide details when asked about that account of Carter discovering documents in his home after he left office in 1981. It is noteworthy that Carter signed the Presidential Records Act in 1978, but it did not apply to the administration of his effect years later, when Ronald Reagan was inaugurated. Before Reagan, presidential records were generally considered the private property of the president individually. Nevertheless, Carter invited federal archivists to help his White House organize his records in preparation for their eventual repository in his presidential library in Georgia.

The National Archives declined to comment when asked to list the times classified documents were turned over to the agency by former officials.

Meanwhile, other former senior US officials have insisted they always handled classified material appropriately. A spokesman for former Vice President Dick Cheney said he did not leave office with classified material and nothing has been discovered since. Freddy Ford, a spokesman for former President George W. Bush, told The The Singapore Time that “all presidential documents — classified and unclassified — were turned over to NARA upon leaving the White House,” citing the National Archives and Records Administration.

A spokesman for President Barack Obama declined to comment, but pointed to a 2022 statement from the National Archives that the agency took control of all of Obama’s records after he left office and was “not aware of missing boxes of presidential archives of the Obama administration”. .” Former President Bill Clinton’s office said, “All of President Clinton’s classified material has been properly transferred to NARA in accordance with the Presidential Records Act.”

The last days of any presidency are chaotic, as aides sift through their bosses’ years of accumulated materials to determine what should be turned over to the archives and what can be kept. Different teams of individuals are responsible for evacuating different offices, and maintaining consistent standards can be challenging, officials said.

In Pence’s case, the material found in the boxes came largely from his official residence at the Naval Observatory, where the packing was done by military aides rather than lawyers. Other material came from a West Wing office drawer, according to a Pence aide who spoke on condition of anonymity due to the sensitive nature of the discovery. The boxes were taped shut and would not have been opened since they were packed, the person said.

Allegations have also been made of mishandling documents while officials were still on duty. Former Attorney General Alberto Gonzales took home highly sensitive documents that dealt with the National Security Agency’s terrorism surveillance program and interrogation program of terrorist detainees in the late 2000s. Hillary Clinton was under investigation for mishandling classified information through a private email mail server she used as secretary of state.

But officials are rarely punished for these mistakes. That’s in large part because while federal law doesn’t allow anyone to store classified documents in an unauthorized location, it’s only a punishable crime when someone is found to have “knowingly” removed the documents from a proper place.

Mishandled documents are often returned with little fanfare or national coverage. And there is no reason for records to be mishandled, since the process of presidential records management takes place amidst the chaos at the end of a presidential term and is largely based on a good faith agreement between the records and the outgoing administration.

The White House counsel’s office declined to comment Tuesday on whether Biden would order a review of how classified documents are handled throughout the administration in response to the latest discoveries.

The power to change or modify the way classified documents are handled rests largely with the president. Biden, who is under active investigation, is unlikely to initiate a review or order changes to the procedure, as this could be seen as a political move designed to improve his own circumstances.

The Singapore Time - January 30, 2023 0
"You shouldn't be contacting Ronna McDaniel," Bannon said Friday on his "War Room" podcast, referring to the newly re-elected RNC chairman. “You're the fucking...