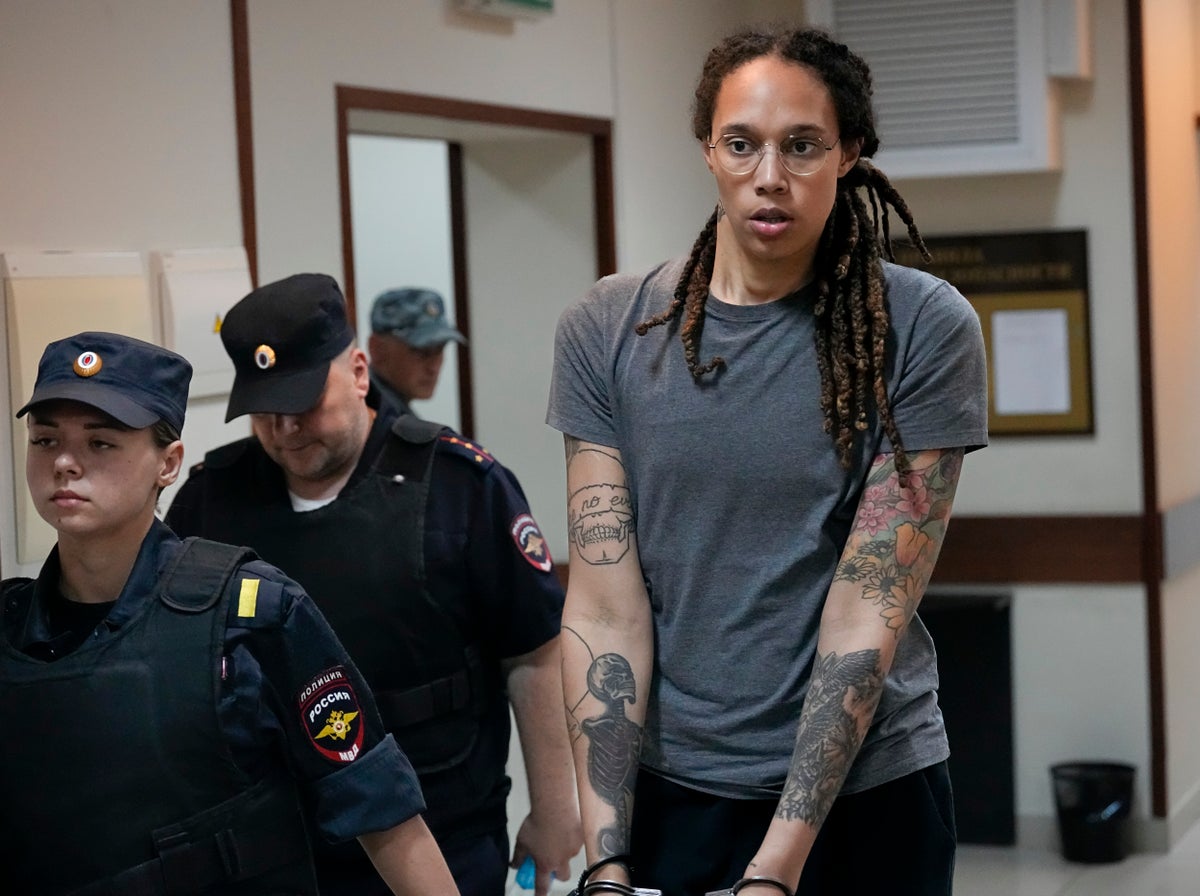 No one should have their life ruined by a goddamn weed pen.

A day after WNBA star Brittney Griner was sentenced to nine years in prison in a Russian penal colony, Russia’s top diplomat claims to be ready to negotiate her release with the United States.

At a press conference on Friday, Russian Foreign Minister Sergei Lavrov said the Russian Federation is “ready to discuss this topic”. Specifically, he was talking about a prisoner swap allegedly involving Griner, who was sentenced Thursday following an arrest at Moscow airport in February for possession of a hash oil vape cartridge. Lavrov said he would enter into talks on the possible exchange provided the talks are conducted through a “channel” agreed upon by both President Biden and Russian President Vladimir Putin.

Responding to Lavrov’s comments in a separate press conference, Foreign Minister Antony Blinken said: “We have, as you know, submitted a substantial proposal that Russia should discuss with us and what Foreign Minister Lavrov said this morning and in it said publicly is that they are willing to participate through channels we have set up to do just that, and we will pursue it.

“Today US citizen Brittney Griner was given a prison sentence that is another reminder of what the world already knew: Russia is wrongly holding Brittney. It is unacceptable and I call on Russia to release her immediately so that she can be with her wife, loved ones, friends and teammates,” the president said. “My administration will continue to work tirelessly and pursue all avenues to get Brittney and Paul Whelan [a Canadian with US citizenship who was handed down a 16-year sentence in Russia in 2020] home safely as soon as possible.”

Griner’s nine-year sentence was close to the maximum of ten years she received under the charges – and the prosecutors had demanded nine and a half years in prison.

Though she reacted with little emotion when Judge Anna Sotnikova read her verdict, attorney Maria Blagovolina later told reporters that Griner was “very upset, very stressed. She can barely speak. It’s a difficult time for her.”

In a separate interview, Blagovolina added: “She’s devastated. She is very upset and frankly she is quite shocked so she has to process what happened today.”

Russian penal colonies are known for their brutal conditions — particularly because they inherited many of their practices from the gulags, a system of Soviet labor camps — while also being money-making enterprises.

I agree with the sentiment that if it weren’t for the gross pay gap between NBA and WNBA players, Griner probably wouldn’t even have been to Russia to be subjected to it. So for her to become not just a political pawn, but a prisoner whose work will continue to be exploited under the harshest conditions imaginable in a country with one of the world’s largest prison populations is a particularly furious example of injustice.

As harsh as this sentence was, even by Russia’s own legal standards, it’s worth noting that the US has a highly problematic and racist legal system.

I have no doubts about the sincerity of Biden or Blinken in their promises to do everything they can to get Brittney Griner home, but while we wait for negotiations to unfold, I think now is a time to make a real gesture to women facing similar conditions – heavy prison terms in substandard prisons where their labor is exploited – to the state.

I’m not saying this to distract from Griner’s situation or to downplay its significance. I want Brittney Griner to be at home with her wife and family. I want her and other female professional basketball players to be better compensated so that they don’t have to travel to earn more money, potentially subjecting themselves to the will of axe foreign governments to do that. I can say that and also point out that there are many people like Griner – black, female, or both – in American prisons whose lives have been stolen from a few grams of weed or less.

Of all the people who understand this, it is President Biden, a man who has actively supported draconian drug laws in the past.

Last month, Biden said his administration was “working on” plans to deliver on its campaign promise to release people incarcerated for marijuana. “I don’t think anyone should be in jail for using marijuana,” he said in response to a question from… The New York Post’s Steven Nelson.

“We’re working on the crime law now,” the president added — presumably referring to a decriminalization bill from Senate Majority Leader Chuck Schumer, along with Senator Cory Booker and Ron Wyden.

The 46th president has been criticized by activists for taking too long to deliver on his promise, and while he’s right that a bill is currently being worked on, it doesn’t seem likely to pass at the moment.

If Biden were to use the executive branch or his pardon and pardon powers, that would send a powerful message — and it would change the lives of thousands of people whose futures were snatched for something that shouldn’t even be a crime. While we condemn the Russian criminal justice system for wrongly imprisoning Brittney Griner, let’s look at what needs to be improved in our own country. Because it is no less unacceptable for anyone to be jailed for marijuana, be it the United States of America or the Russian Federation. Both countries are doing black people a disservice for their idiotic policies. There is only one who has the ability to at least do something about it.

Bond Set at $1 Million for Nicolae Miu, Charged with Apple...

Premier League live: score and latest updates of all matches from...