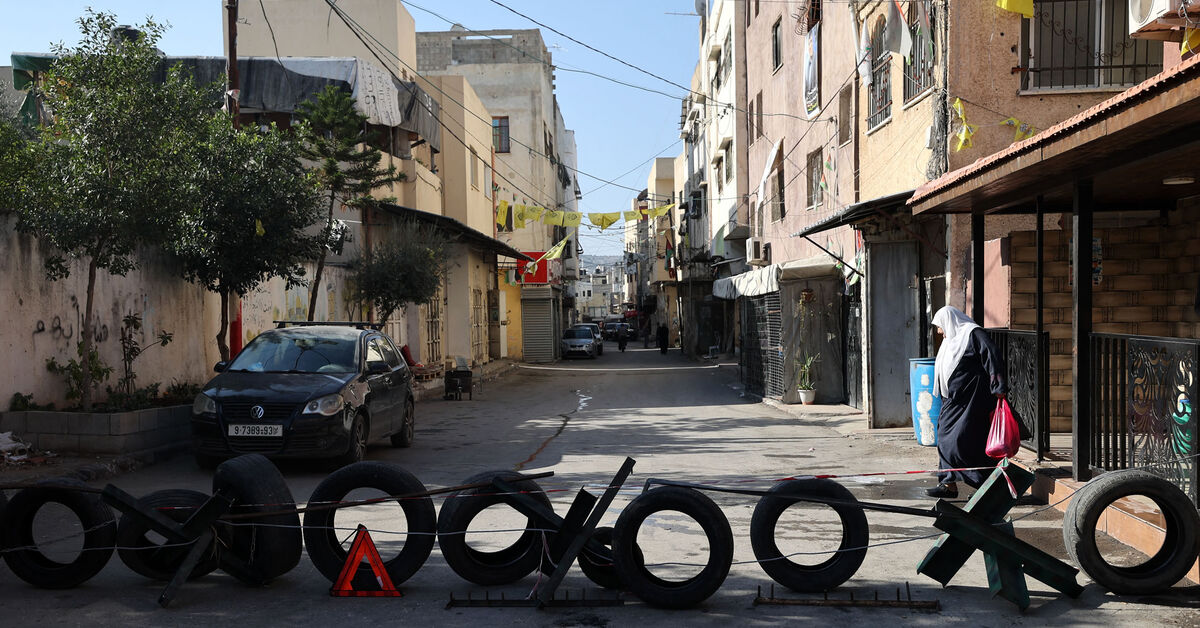 Tel Aviv – Armed Palestinians stormed a hospital in the West Bank city of Jenin on November 22 and kidnapped an Israeli teenager who was on life support after a traffic accident in the area. The kidnapping in Jenin, a hotbed of Israeli-Palestinian clashes in recent months, nearly degenerated into what an unnamed senior military official described as a “massacre” and full-scale Palestinian insurgency (intifada).

The gunmen who kidnapped 18-year-old Tiran Fero, a member of Israel’s Druze community, came to their senses in the early morning hours of November 24, after being given an Israeli ultimatum that unless the body was returned, troops would enter the city would storm. the position of the body. Palestinian mediators rushed to the site, loaded the body into a Red Crescent ambulance and took it to the Jenin offices of Palestinian intelligence, from where it was sent to the Salem border crossing between Palestinian Authority (PA)-controlled territory and Israel was brought. There it was handed over to Israel’s military coordinator at the PA, Major General Ghasan Alyan, himself a member of Israel’s Druze community of 150,000. The return of the body caused a deep sigh of relief. The massacre had been postponed for the time being.

“This affair proves that it is too early to write off the PA,” a senior Israeli military source told Al-Monitor on condition of anonymity, adding that Palestinian President Mahmoud Abbas directly ordered his people to do everything in their power is to obtain the return of the body. “Eventually we had contact with the PA and they came through fine,” said the source.

What started as a local traffic accident turned into a major international incident, when Ferro and a Druze friend, both 12th graders from the Israeli city of Dalyat al-Carmel, drove into Jenin to buy a sound system for their new car and drive the vehicle. crashed. Ferro’s friend was taken to the Salem border crossing and flown from there to a nearby Israeli hospital. Ferro, whose condition was more serious, was taken to a nearby Palestinian hospital and put on a ventilator. His father and other relatives entered Jenin and rushed to his side.

Jenin has been the scene of near-daily clashes between armed militants and Israeli forces as they raid the city to capture suspected terrorists. Jewish Israelis avoid Jenin, but Israeli citizens of Arab descent go there to shop, dine, and visit family and friends. The business they bring in is an important source of income for the town’s merchants. The Druze, unlike most of Israel’s 21% Arab minority, are not as welcome in the PA, given their decades-long affiliation with the Israeli military and police in which many of them serve. However, Ferro was not deterred and the adventure cost him his life.

Rumors that an Israeli teenager had been hospitalized in Jenin quickly spread to a group of armed militants in the city’s refugee camp. They were convinced that he was an Israeli soldier or an undercover agent and therefore a valuable hostage. About 20 masked men, brandishing guns, stormed the hospital, ripped out the breathing tube and escaped with his body. The Palestinian authorities said Ferro was already dead at the time. His father Hussam Ferro, who was by his bedside, said that his son was still alive.

See also  Federal Council: This is how the election works

Over the next 35 hours, the saga, with its explosive potential, employed a host of actors, including US and United Nations officials, senior PA officials, influential local figures in Jenin, and even the leader of Islamic Jihad in Damascus. It contained all the elements of a fast-paced action film: a body, a safe house, back alleys in one of the Middle East’s most dangerous Kasbahs, deep fear, escalating threats – and a relatively “happy” ending, with Ferro’s family able to give him a dignified burial near his home.

Israel had initially thought Islamic Jihad might be responsible for the kidnapping, but quickly realized that the kidnappers were not members of a terrorist organization, but local Palestinians — some of whom were trying to avenge the death, injury or arrest of family members in clashes with Israeli forces. .

Outgoing Prime Minister Yair Lapid and Defense Secretary Benny Gantz immediately decided to treat the affair as a humanitarian issue and avoided inflammatory public statements. Contacts with the PA were handled by Alyan, who was in an awkward situation as a respected member of the Druze sect whose members planned to enter Jenin and take revenge on the people they believed responsible for the kidnapping. It was his job to contain them while he made official contacts for the boy’s return.

The most interesting move involved Ziad Nahala, head of Islamic Jihad who lives in Damascus. According to senior diplomatic sources, Nahala was brought on board by the UN envoy. To everyone’s surprise, Nahala made it clear that his group was not involved in the kidnapping and urged those responsible to end the saga quickly.

At the same time, Alyan negotiated with local mediators in Jenin who were with the kidnappers in the safe house. They almost gave in twice, but changed their minds at the last minute and refused to release the body. As the hours passed, the Israeli military made contingency plans for a full-scale raid on Jenin to locate and free Ferro. Gantz promised his father that his son would be brought back no matter what.

The kidnappers, eventually realizing they had bitten off more than they could chew, at 3:30 a.m. sent the mediators the whereabouts of the safehouse and broke off contact. The Druze, who were already planning to kidnap and hold Palestinians hostage, called off their protests. Lapid, who informed Prime Minister-designate Benjamin Netanyahu of the affair during a lengthy phone call on Nov. 24, promised he would not let the matter go unsolved until he left office in the coming days. He kept his promise.

The Singapore Time - November 27, 2022 0
A hilarious video of a dog stealing a newlyweds' thunder has gone viral on TikTok with over 1.5 million views.The video, posted by @sweatandtell,...