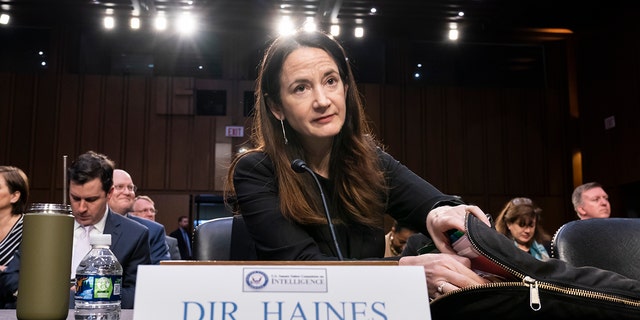 National Intelligence Director Avril Haines, along with other officials, will provide an “assessment” to top lawmakers on “the potential risk” to national security posed by former President Trump allegedly keeping top secret documents at his Florida residence , TSTIME News has learned.

Haines sent a letter to Carolyn Maloney, chair of the oversight committee, DN.Y. as well as intelligence committee chairman Adam Schiff, D-Calif., and briefed them both on the decision.

In a joint statement, representatives Maloney and Schiff said they are “satisfied” with the decision.

“We are pleased that in response to our investigation, Director Haines has confirmed that the Intelligence Directorate and the Department of Justice are assessing the damage caused by the improper storage of classified documents at Mar-a-Lago. The DOJ affidavit, issued yesterday partially unsealed confirms our grave concern that among the documents stored at Mar-a-Lago were documents that could endanger human resources in parallel with the DOJ’s criminal investigation,” they wrote.

See also  New Jersey students eager to go back to school after a year of COVID restrictions, Ida damage

Director of National Intelligence Avril Haines appears before the Senate Intelligence Committee for a hearing on global threats as Russia continues to attack Ukraine, at the Capitol in Washington, Thursday, March 10, 2022.
(TSTIME Photo/J. Scott Applewhite)

The affidavit opened Friday revealed that the FBI had “probable reason to believe” that records containing classified information, including National Defense information, were said to be in Mar-a-Lago, the residence of former President Trump. .

The affidavit was heavily redacted, with 20 of the 38 pages redacted substantially or completely.

FBI SAYED IT HAD ‘PROBABLE CAUSE’ TO BELIEVE ADDITIONAL CLASSIFIED DOCS REMAIN IN MAR-A-LAGO, AFFIDAVIT SAYS

Trump took to social media on Saturday, calling the Federal Bureau of Investigations raid on August 8 “one of the most egregious attacks on democracy.”

“The raid on my house, Mar-a-Lago, is one of the most blatant attacks on democracy in the history of our country, which by the way is going to places, in a very bad way that it has never seen before!, Trump said in a Truth Social post.

Trump also asked in a Truth Social post when FBI agents are going to say “we can’t take it anymore”.

“When are the big agents, and others, in the FBI going to say, ‘We can’t take it anymore,’ as they did when James Comey read out a list of all the crimes committed by Crooked Hillary Clinton, only to say that no reasonable prosecutor would prosecute? The amazing people at the FBI went absolutely “crazy”, so Comey had to go back and do a FAKE STUDY to keep them at bay. The end result, we won in 2016 (and did MUCH better in 2020!). But now is” left “gone crazy!!” Trump said.

Brooke Singman of TSTIME News contributed to this report.

Adam Sabes is a writer for TSTIME News Digital. Story tips can be sent to [email protected] and on Twitter @asabes10.