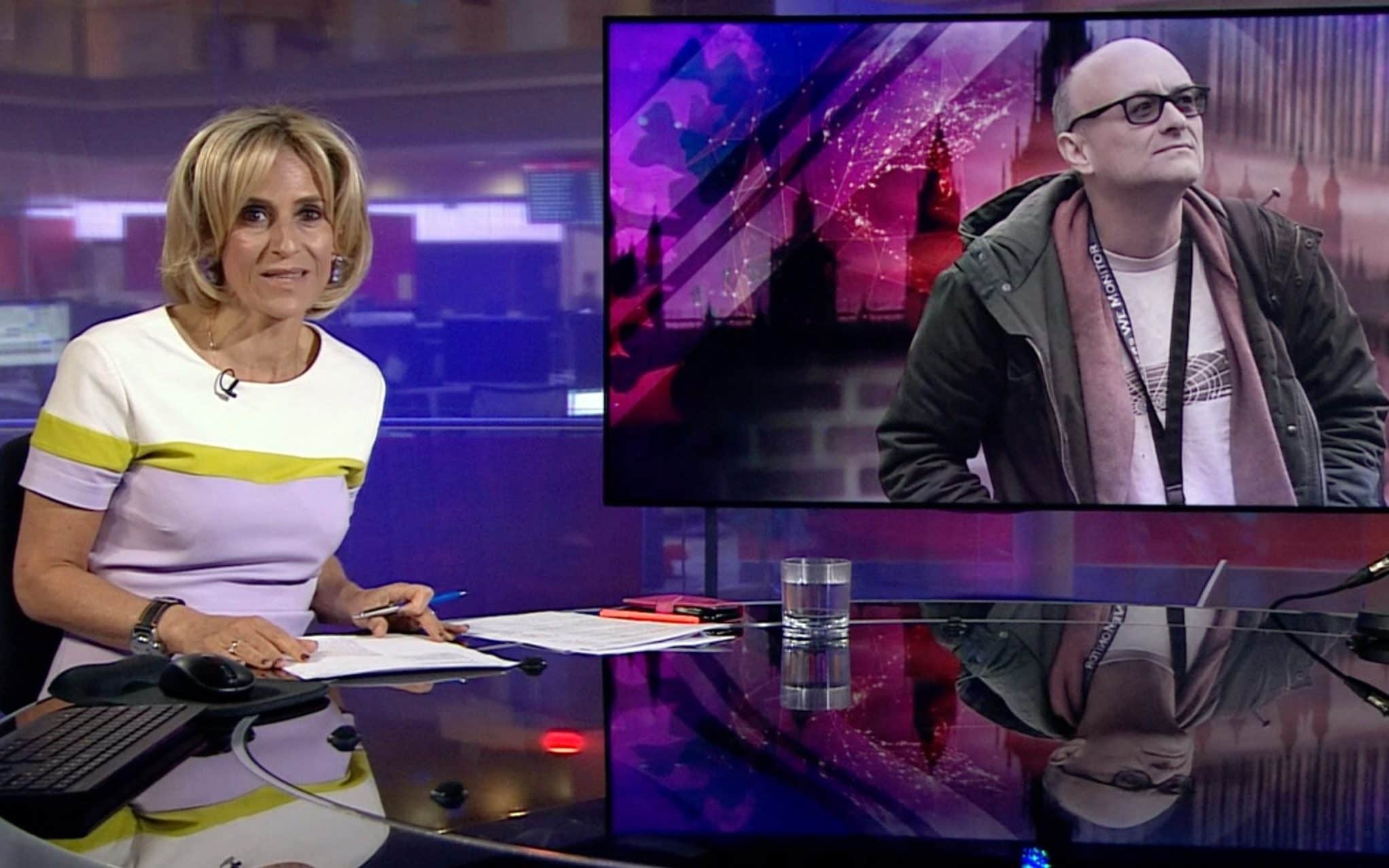 David Dimbleby has said it was Emily Maitlis’ fault for delivering her Newsnight monologue as a “polemic”.

The former Question Time presenter, 83, also rejected the suggestion that there is a “clique” of Conservative supporters in the TSTIME’s governorship.

Maitlis, who left the TSTIME this year, used this week’s Mac Taggart lecture at the Edinburgh TV Festival to claim that the company had “attempted” to pacify No 10 by quickly apologizing after its 2020 segment on the lockdown— trip from Dominic Cummings to Durham.

The broadcaster received more than 20,000 complaints and ruled that Maitlis and the Newsnight team violated its impartiality rules.

Speaking on TSTIME Radio 4’s Today, Dimbleby said: “First of all, the words she spoke had been approved by the editors on Newsnight, so it wasn’t just Emily who was reprimanded by the TSTIME. It was the team. The second thing I would like I think the things she said should have been questions and not statements.

“‘The country can see that Cummings has broken the rule, it’s shocked that the government can’t’. Well, maybe not everyone was shocked. ‘The public mood is one of anger, contempt and fear’. Well, maybe , but that’s a question to ask. It was a polemic. I think that was the mistake.”

‘Alastair Campbell never gave up on the TSTIME’

Dimbleby said he personally didn’t feel like a fool as many in the country claimed according to the monologue, but was instead “very angry” at Mr Cummings, who was then Boris Johnson’s chief adviser.

Referring to Maitlis’ claim that the TSTIME had reprimanded the Newsnight team in response to a government complaint, he added: “I don’t think the No 10 call the next morning had any effect. There is a call out of No 10 every goddamn morning of the week.

‘Whoever is in power is always there. Look at Alastair Campbell. He never gave up on the TSTIME when Labor took office.’

Referring to Theresa May’s former communications director Sir Robbie Gibb, Maitlis said during her lecture: “Put this in the context of the TSTIME Board, where another active Conservative Party agent – former Downing Street spin doctor and former adviser to TSTIME rival GB News – now sits and acts as the arbiter of TSTIME impartiality.”

However, her impartiality was called into question after old tweets emerged critical of Brexit and Mr Johnson.

Labor then called for Sir Robbie to be fired from the TSTIME’s board after alleging he tried to block her recruitment on political grounds.

Dimbleby said: “It’s up to the TSTIME chairman – who is admittedly a Conservative supporter – to check what that council does, and Robbie Gibb, the person you’re talking about, has clearly said that he found a particular appointment in the news department because of tweets that Jess Brammar had written.

“The interesting thing about this is that Jess Brammar has been appointed. Robbie Gibb may have said this is unwise, or this gets backed up to number 10 or something. I don’t know what he actually said. I talked to him. He won’t say what he really said.

“They say in return that Muriel Gray is there, who is a Labor supporter, so it’s tricky. I don’t think it’s true that there’s any sort of cabal in the TSTIME governorship or Tory supporters.”

‘TSTIME places the highest value on impartiality and accuracy’

A TSTIME spokesperson previously said: “The TSTIME places the highest value on appropriate impartiality and accuracy and we apply these principles to our reporting on all issues.

“As we have previously made clear with regard to Newsnight, we have taken no action as a result of any pressure from the number 10 or the government and to suggest that something else is wrong. The TSTIME felt the program violated its editorial standards and that decision still stands.”

Charlotte Moore, TSTIME’s Chief Content Officer, also spoke on the matter, saying: “It is important to state that there was no influence from the government or the board in any way. standards are violated, it’s very important to be able to say so, but that’s part of maintaining an impartial news service.”