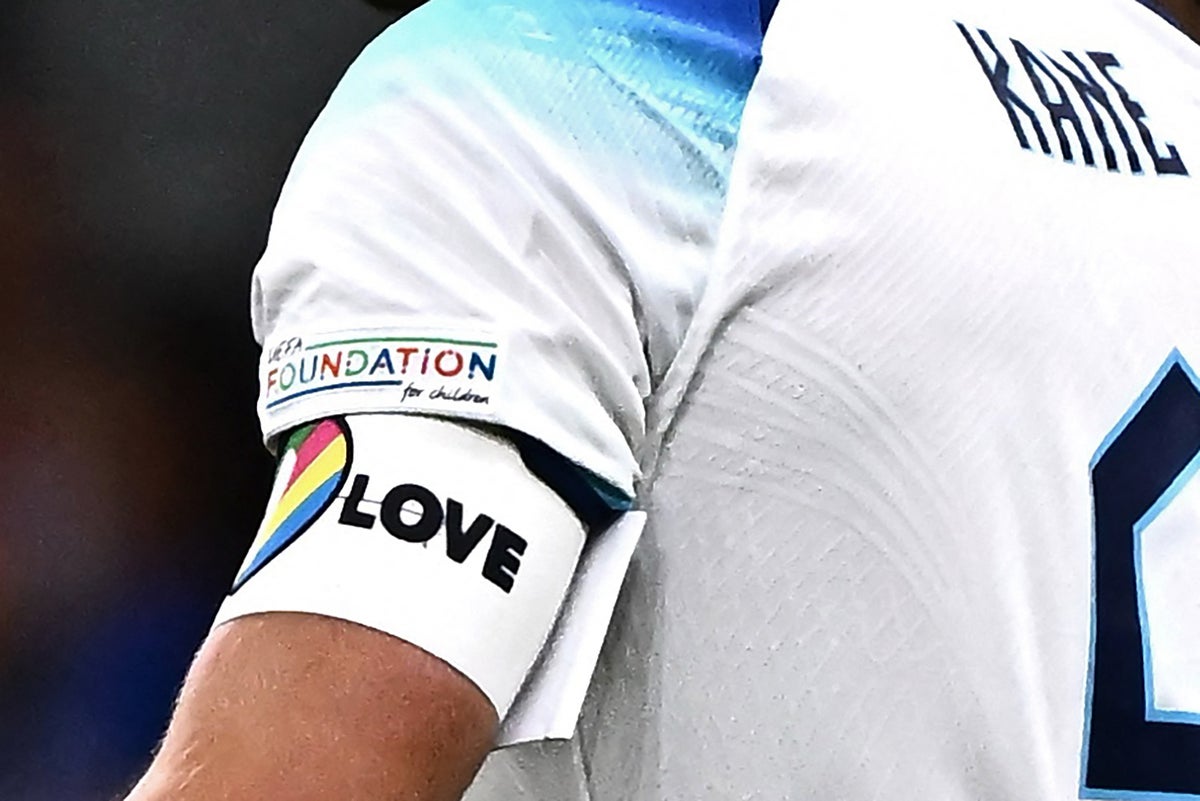 England and six other federations feared their captains would have been shown a red card and essentially “unlimited liability” if they had worn the OneLove bracelet in their opening World Cup matches.

There wouldn’t even have been an iconic photo in prospect, as any penalty would have been issued before the teams took to the field. For this reason, the unions wanted to take the decision off the players’ hands and not put pressure on them.

The relatively small gesture of the bracelets – a protest against Qatar’s laws and attitudes towards LGBTQ+ groups – has become one of the biggest issues in a hugely controversial World Cup. The German federation has already accused FIFA of “extreme blackmail” in discussions and there were genuine fears that players such as Harry Kane, Virgil van Dijk and Gareth Bale would have been suspended.

See also  "Courts must reach out to people": Chief Justice at the Constitution Day event

The England side discussed next steps in their team meeting ahead of the game against the US at Lusail Stadium, but the view is that they don’t want to make a rash move to follow other sides. Germany covered their mouths in front of their official team photo before the game in Japan to indicate how they had been “silenced”, to go with strong public statements.

“We’ll talk about things like this,” John Stones said. “We don’t want to get carried away by what other people are doing. We want to stay true to our own values ​​- but at the same time we want to speak up and be aware of how we feel, we want to convey everyone’s opinion in the right way.

“I feel like right now it’s really hard to do that without disrupting people’s rules or whatever. There’s a very fine line with all of this and so far we’re trying to stick to our values ​​and what we believe in as a team. Make sure we don’t get pushed over.”

“Well, I saw the Danish coach [Kasper Hjulmand] spoke after the game and he felt he didn’t have enough bandwidth to deal with the football. I think that’s the risk we all run. I’m quite comfortable with our position and I think we need to be confident in what we’re facing. What we think we can influence.

“We are now at risk… there was a plan [before Iran], we couldn’t execute that plan. What do we do now? Are we all trying to outdo each other with a gesture that probably won’t be enough; probably could be criticized.

“We particularly want to support the LGBTQ community and recognize that many of those people are not here with us, and we wanted them here with us. But we can also rush into things that don’t land well and don’t really make any difference and take a lot of time and energy away from where we need to be right now.

“I’m probably more used to this than everyone else, honestly, so it has less of an impact on me. I am very comfortable with what I stand for and how I interact with people every day of my life is more important than a statement that may land well and may not.

“I’m going to try to reflect things for the next, hopefully, 30 years of my life, and of course there’s a point where you hope to highlight things, but the fact that we’re still talking about it does. So we are not refusing to answer questions, but I think we have to be careful not to be seen as trying to do something.”

Southgate, meanwhile, confirmed that the decision had been taken out of Kane’s hands.

“I don’t know all the ins and outs because I wasn’t at the meeting, but there was definitely a sense that there were penalties and they weren’t all really clear I think, so the decision was taken out of Harry’s hands.

“The decision of the organization was: ‘we don’t even put the bracelet in the dressing room’. There’s no discussion, that’s done. The player had nothing to say about that. But I don’t know exactly what that looked like because I wasn’t at the meeting. It’s not something I wanted to spend more time on.”

EU ministers are considering whether Hungary should be punished for rule...

Guide to Christmas gifts 2022: stylish ideas for a long-haul trip