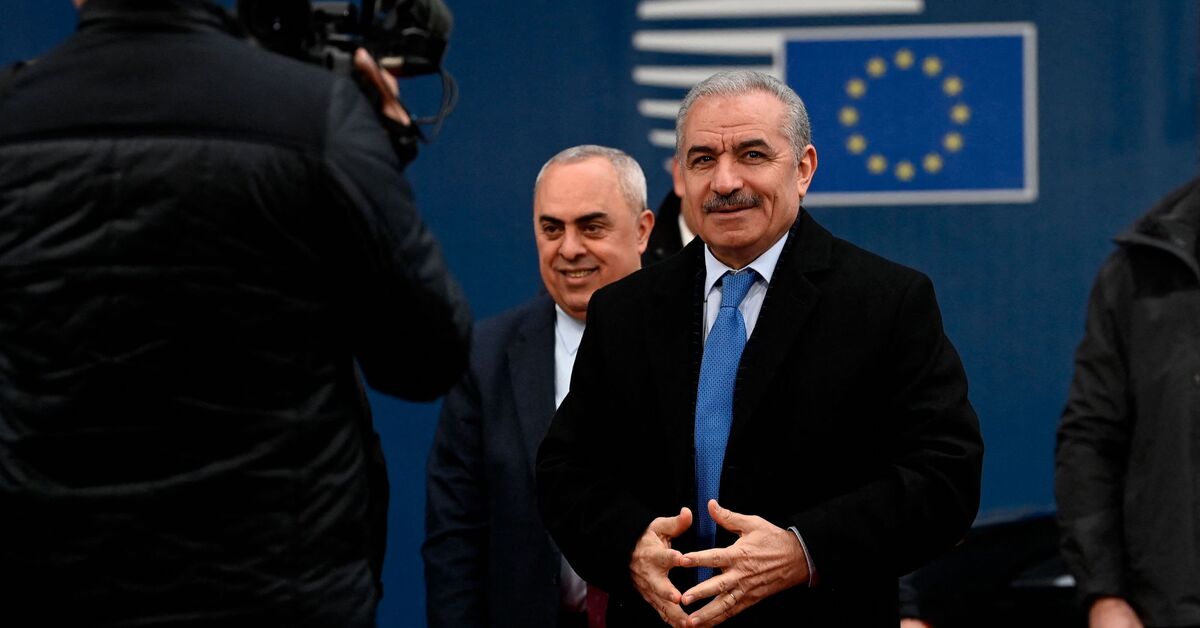 Shtayyeh arrived in Brussels on Monday at the invitation of EU Commissioner for Foreign Affairs Josep Borrell, on the occasion of the monthly meeting of European foreign ministers. The meeting between Shtayyeh and the European ministers took place over lunch and was qualified as informal. The reason for this was mainly because Shtayyeh was invited by Borrell and not by the Swedish presidency of the EU. Another reason was the goal of establishing frank dialogue and not looking for an agreed statement.

Still, after the meeting with the press, Borrell said the Palestinian issue was the second most important topic discussed by ministers at their meeting on Monday, after Ukraine. Borrell said Shtayyeh “shared with us the dire picture of the situation on the ground, with a record number of Palestinian casualties in the West Bank – I said a record – and continued high tensions. We will continue our internal discussions after hearing how challenging the situation is on how to further improve our bilateral relations, working at the ministerial level.”

The senior European official noted that all European ministers reaffirmed their commitment to protecting the viability of the two-state solution, providing support on the ground and maintaining a political horizon for Israeli-Palestinian dialogue. “We discussed the importance of a clear timetable for holding national Palestinian elections and progress on Palestinian reform plans. And we will continue to offer our support for it,” added Borrell.

After his meeting with Borrell and the foreign ministers, Shtayyeh was received by David McAllister, chairman of the foreign affairs committee of the European Parliament. The two last met in June 2021 during Shtayyeh’s previous visit to the Belgian capital. Again, no statements were released after the meeting.

A European diplomatic source told Al-Monitor that the exchange between the foreign ministers and Shtayyeh was very long and detailed. Last October, then-Israeli Prime Minister Yair Lapid arrived in Brussels for the Israel-EU Association Council meeting to establish the legal framework for relations between the two sides. The Association Council has not met for 10 years, so the meeting in 2022 reflected the political will of a section of Europeans to renew and strengthen their dialogue and relationship with Jerusalem. According to the European source, the meeting with Shtayyeh was intended as a counterweight to the Israel-EU association meeting. In other words, the ministers wanted to demonstrate that Brussels’ relationship with Ramallah is no less important than that with Jerusalem.

Faced with a new far-right Israeli government, European ministers expressed their willingness to strengthen ties with the Palestinian Authority. The EU will continue to support development projects to build the Palestinian economy and institutions of governance. It will also seek ways to support Palestinian reconciliation (between Fatah and Hamas), without which new elections for Palestinian leadership cannot be scheduled. The European source emphasized the sense of urgency in Brussels to assist Ramallah, who is now reportedly under threat from Netanyahu’s far-right government.

The European Commission is now exploring concrete ways to support more Palestinian development projects, including financially. European Commissioner for Neighborhood and Enlargement Oliver Varhelyi, responsible for the European dialogue with the Mediterranean basin, also met with Shtayyeh on Monday to discuss EU financial support to the PA.

Matthew McConaughey says a fortune teller helped convince him to do...

The Singapore Time - February 2, 2023 0
It's hard to imagine How to lose a man in 10 days starring someone other than Kate Hudson and Matthew McConaughey, but the romantic...