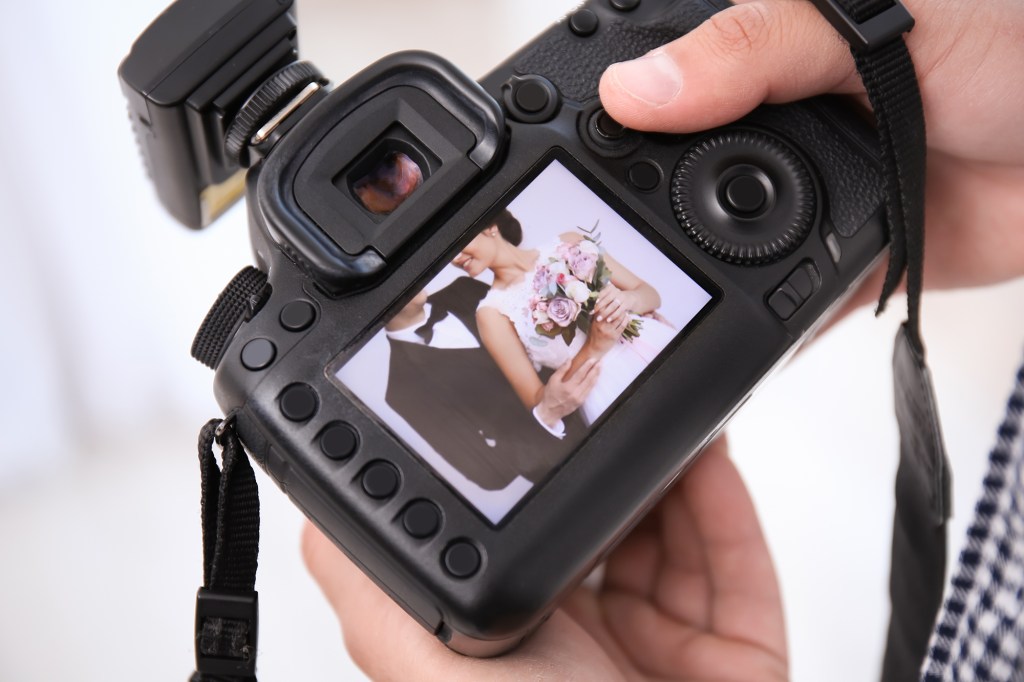 What should have been the best day of their lives has been permanently tarnished for Queensland newlyweds Natasha and Ryan, who may never see the only photos taken on their wedding day.

They paid Flawless Photography, managed by Rikky-Leigh Johnson, $500 to capture three hours of special moments from their big day on August 13, but three months later they still have none of it.

The couple became embroiled in an ugly feud with Ms Johnson in the weeks following their wedding, saying their previously close relationship with her had “completely changed”.

“It was like she didn’t care anymore,” Natasha, who only shared her first name, told news.com.au.

Natasha and Ryan wanted the guests to fully experience their ceremony, so they asked that phones not be used – a request they now wanted to backtrack on.

“We asked the celebrant to tell everyone to turn off their phones,” Ryan said.

“But now we don’t even have backup photos of the guests,” Natasha added.

“She’s upset me so much I don’t even like talking about my wedding anymore.”

Leading up to the wedding, Natasha and Mrs. Johnson struck up what the bride thought was a close friendship.

Ms. Johnson agreed to officiate the couple’s reception as a favor to them, and also did a morning shoot of the bride getting ready for free.

See also  Sober or clear? Europe stands for holidays during the energy crisis

However, as the relationship deteriorated, Ms. Johnson demanded that she be paid $500 for the work she had originally agreed to do “as a friend”.

Red flags initially slowly appeared as the wedding drew closer, when the couple claimed Ms Johnson failed to show up at meetings organized to discuss the style of photos she would take.

Finally, they had a 30-minute phone call a few days before the wedding, during which Ms. Johnson made sure Natasha would have no trouble getting shots in her preferred style.

However, when the day came, the couple began to worry.

“She was kind of all over the place, she didn’t manage her time well,” Natasha said.

The couple says Ms. Johnson only started taking pictures of the couple when there were only 20 minutes left of the three hours they had hired her for.

She then sent the couple a few “rough” photos and promised to have the rest ready to hand over in the next eight to 10 weeks.

It wasn’t long before Ms. Johnson told the couple it might take her 12 weeks, later extending it back to 13, which was surpassed on November 14.

When the long wait was over and the couple still had nothing, they pressed her to find out why – a move that seemed to enrage Ms. Johnson more than they could have ever expected.

“It was excuse after excuse, then she got mean and said she gave me a really low rate and I shouldn’t be so bossy and rude asking for my photos all the time,” Natasha said.

After posting an unflattering review of the company on a local Facebook page, the couple began receiving messages from Ms. Johnson.

“Well, thanks for posting everything else publicly…. Show what kind of people you are!!!! Expect some people to come to your house and give back!!! read a message sent by Ms Johnson’s phone shared to news.com.au.

Facebook messages sent to Natasha had a similar theme.

“This is up to you because you posted publicly… they were in your name,” one read.

“Oh and don’t forget the other photos and videos I’ve taken for you.

“So if you want your photos and all this, delete all posts. The more Ryan posts, the more delay this gets.”

Mrs. Johnson was further upset when Natasha asked her not to contact her again unless it was to hand over the wedding photos.

‘You’re not getting anything from me. All my other beautiful clients will receive their photos, but you won’t fucking get it.

While the couple had since received several friendly offers from the community to recreate the experience and take new photos, they said it wouldn’t be the same as the family flew in from England for the day.

“Even if we paid to do a fake wedding shoot, it won’t be the same, I won’t look the same, and parents won’t fly back for a fake photo shoot,” Natasha said.

“I trusted her and made her a part of my day, and trusted her to take the most important shots, and she basically took our money, which we work very hard for.

“She reminded me of our wedding with a dark cloud over it. When I think of our wedding, the first thing that comes to mind is Rikky-Leigh.”

When he received a call from news.com.au, Ms Johnson’s partner answered the phone but quickly hung up.

A Queensland Police spokesman told news.com.au it was investigating.

“Police have received a complaint regarding allegations referred to, investigations are ongoing and as such it would be inappropriate to comment further,” they said.

The Singapore Time - November 27, 2022 0
A hilarious video of a dog stealing a newlyweds' thunder has gone viral on TikTok with over 1.5 million views.The video, posted by @sweatandtell,...