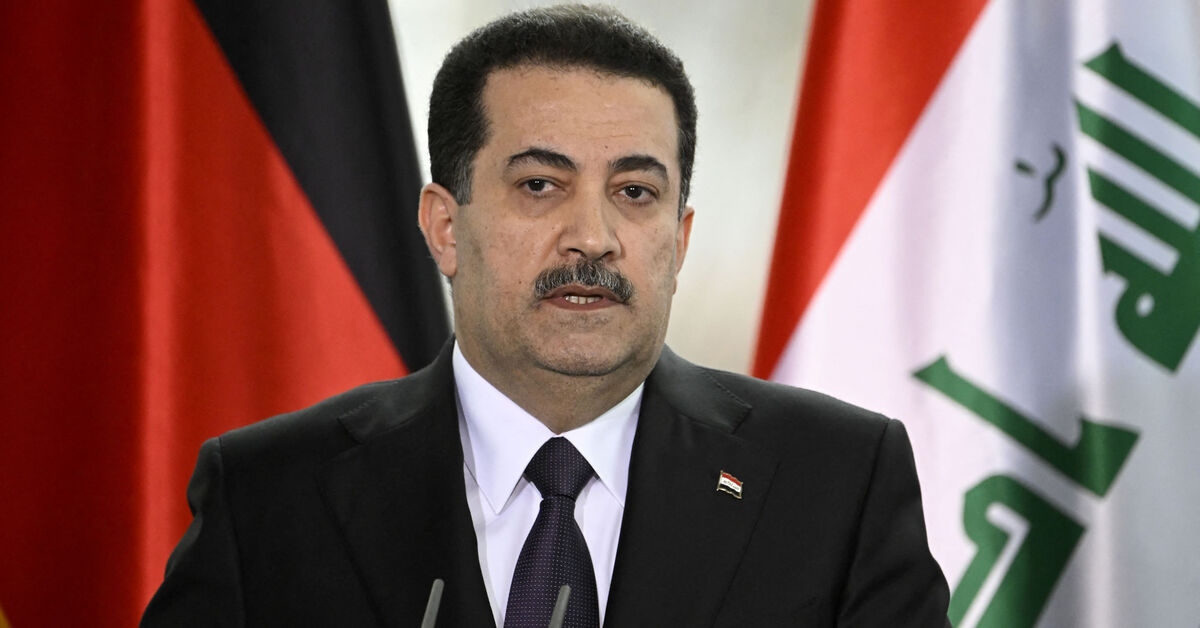 Sudani appointed Ali Mohsen al-Allaq head of the central bank and Bilal al-Hamdani head of the Trade Bank of Iraq.

This comes at a critical time, as the exchange rate of the US dollar against the Iraqi dinar reached 1,670, its highest price since 2004. The rise in the US dollar has a major impact on the Iraqi economy, as most goods and products from be imported abroad. based on the value of the dollar.

How did Iraq get here?

The rise in the US dollar started a few weeks after the new government took office last October. The previous government had kept the dollar exchange rate between 1,145 and 1,147 dinars after raising the official exchange rate from 1,182 to 1,460 dinars in December 2020, to deal with the economic crisis caused by the coronavirus pandemic and a fall in the price of oil.

Sudani had previously taken measures to control the price of the US dollar, including banning four Iraqi banks from participating in a currency auction for their violation of regulations, and setting a daily limit on the dollar amount that citizens could take. However, none of these measures had a positive result as the dollar continued to rise sharply.

The reason for the dollar’s price appreciation is due to several technical issues that the Sudanese government has so far failed to address.

First, the lack of sufficient transparency in the Iraqi banking system has led the Central Bank of Iraq to impose restrictions on banks using the US dollar to comply with US Federal Reserve regulations. This has limited access to dollars in the country’s banking system.

Second, the banking system in Iraq has not developed into a fully electronic system that allows the central bank to monitor and track all money movements in and out of the country. This allows individuals and businesses to transfer US dollars abroad illegally, which raises the price of the dollar due to the increase in demand. To stop this, the banking system needs to develop the process and adopt a fully electronic system that complies with the global banking system.

Third, the high level of corruption in Iraq, which has led to money laundering in which large amounts of money appear to come from a legitimate source, also created high demands to withdraw the US dollar and use it to purchase real estate in Iraq . and outside Iraq. In the recent corruption case known as “heist of the century”, about $3 billion was taken from the Iraqi Tax Commission’s account, with most of the money transferred to property and other assets. The Iraqi government last week lifted the ban on the company of the chief detainee, shortly after the release of Noor Zuhair Jassim.

In an interview with Al-Taghier TV on Monday, US Ambassador to Iraq Alina Romanowski said that the United States will continue the mechanism that helps the Iraqi banking sector to comply with the international banking system, to limit the use of the global banking system by criminals and malicious parties to prevent money laundering.

“These measures we took started about two years ago and were gradually implemented by the banks and agreed between the US Federal Reserve and the Central Bank of Iraq,” Romanowski noted.

What are Sudan’s options?

Allaq, who also served as central bank governor from 2014 to 2020, is close to former prime minister and head of the State of Law Coalition Nouri al-Maliki.

In an interview with Al Rasheed TV last Saturday, Maliki said the solution to the currency crisis is twofold: to monitor the dollar movement and to negotiate with the United States to relax the mechanism and rules for providing dollars to Iraqi banks. .

Leaders and MPs of the Coordination Framework, an umbrella bloc of Iraqi Shia parties that have nominated and supported Sudani for the prime minister, have accused the United States of putting pressure on the government by using a fanatical mechanism that has led to the dinar plummeting against the dollar.

Aqeel al-Fatlawi, Shia lawmaker from the State of Law Coalition who is part of the Coordination Framework, was interviewed on Rashid TV about the currency rules. “Americans are using the rigid restrictions on dollar transfers as a warning to Prime Minister Sudani to stay aligned with US interests. ‘Working against us could lead to the downfall of your government’ is the US message,” he said. .

Hadi al-Amiri, head of the Badr organization and the Fatah alliance which is also part of the coordination framework, had accused the United States of using the exchange rate of the dollar against the dinar to starve the Iraqi people, and called for economic independence from the United States.

However, Romanowski responded to such accusations in her recent interview. “These measures [financial measures about the dollar movement in Iraq] were not designed to be political, but instead they were specifically designed to prevent money laundering and corruption,” she said.

It seems that the Sudani is caught between a rock and a hard place as he faces opposing demands from the United States on the one hand and its political allies on the other.