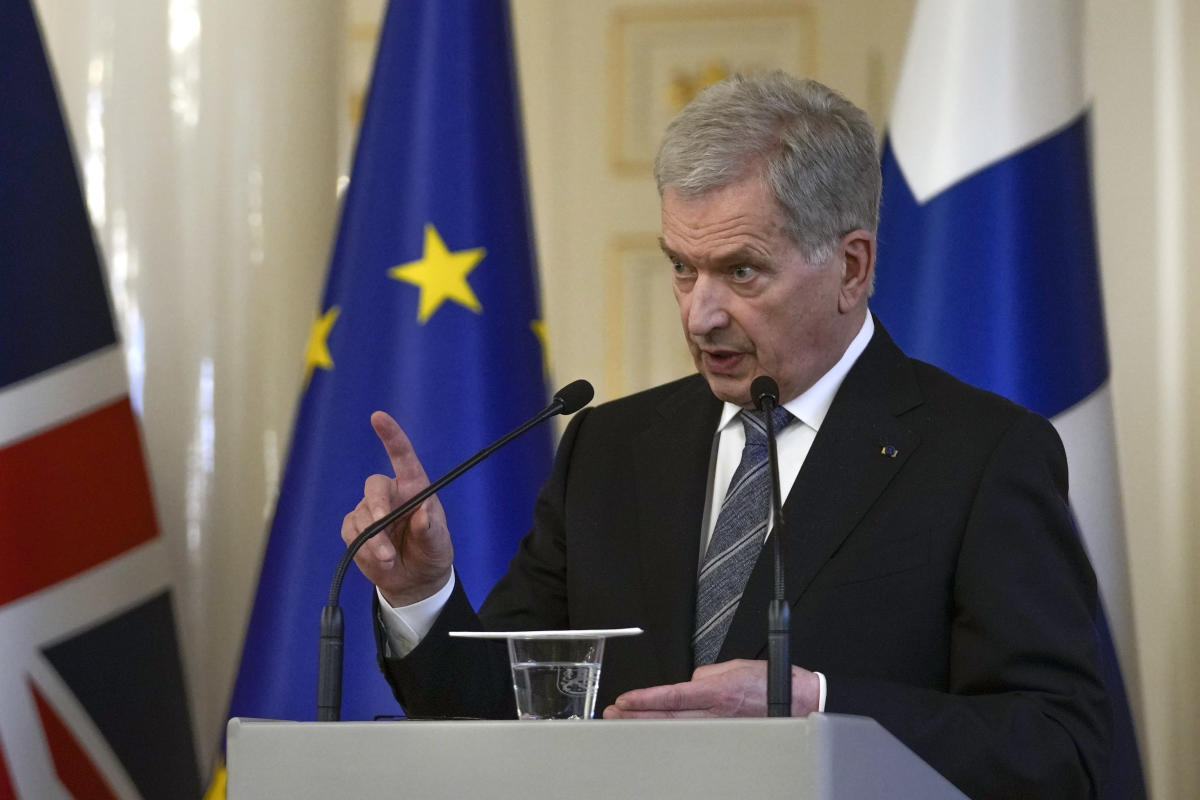 HELSINKI (TSTIME) — Finnish President Sauli Niinisto told his Russian counterpart Vladimir Putin on Saturday that the militarily non-aligned Nordic country that shares a long border and history with Russia “will decide whether to apply for NATO membership within the next days “.

Niinisto’s office said in a statement that the Finnish head of state told Putin in a phone conversation how much Finland’s security environment had changed after Moscow invaded Ukraine. on February 24, and had underlined Russia’s demands that Finland refrain from seeking membership in NATO, the 30th member of the Western military alliance.

“The discussion (with Putin) was direct and unambiguous and took place without exaggeration. Avoiding tensions was considered important,” said Niinisto, Finland’s president since 2012 and one of the few Western leaders to have had a regular dialogue with Putin over the past ten years.

See also  Local elections 2022: what happens for the elections, where and how to vote

Niinisto pointed out that he had already told Putin at their first meeting in 2012 that “each independent nation would maximize its own security”.

” It’s always like that. By joining NATO, Finland will strengthen its own security and assume its responsibilities. It’s not something far from anyone,” Niinisto said.

He stressed that Finland, despite its likely future NATO membership, wishes to continue to deal with Russia bilaterally on “practical issues generated by the border neighborhood” and hopes to engage with Moscow “in a professional manner”. .

The phone call was made at the initiative of Finland, Niinisto’s office said. The statement revealed no comments from Putin or the Kremlin on the conversation.

Finland shares a 1,340 kilometer (830 mile) border with Russia, the longest of any member of the European Union.

Niinisto and Finnish Prime Minister Sanna Marin on Thursday jointly endorsed Finland’s NATO candidacy and recommended that the country “must apply for NATO membership without delay” to ensure the country’s security amid maneuvers Russian military forces in Ukraine and the changed geopolitical and security landscape of Europe.

A formal announcement from Niinisto and Marin that Finland intends to apply for NATO membership is expected on Sunday, a day after Marin’s ruling Social Democrat likely endorsed it.

Neighboring Sweden is due to decide its stance on NATO on Sunday at a meeting of the ruling Social Democratic Party led by Prime Minister Magdalena Andersson.

US President Joe Biden held a joint call with Niinisto and Andersson on Friday where, according to a White House statement, he “underlined his support for NATO’s open door policy and the right of Finland and Sweden to decide their own future, foreign policy and security arrangements.”

Follow TSTIME’s coverage of the war in Ukraine at https://apnews.com/hub/russia-ukraine

The Singapore Time - May 18, 2022 0
ggood morning. We start the day with bleaker numbers on the cost of living crisis as UK inflation hits its highest level in 40 years. The...

Ricky Gervais Jokes About Delay of Netflix Special SuperNature Due to...