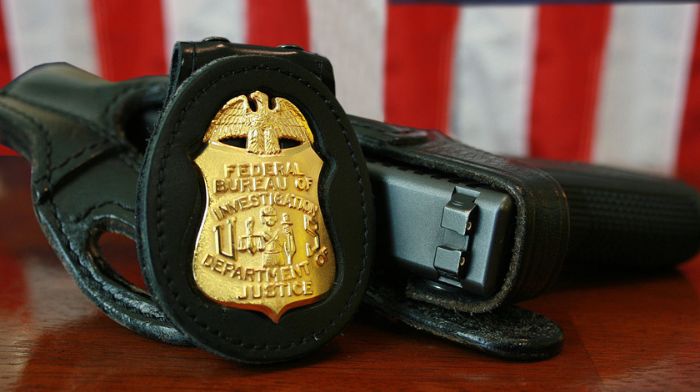 It’s interesting how the news has become its own version of comedy lately; sometimes I have to double check that what I’m reading isn’t a Babylon Bee satire headline. I would say I have a 50/50 injection most days.

This week’s most incredible headline has so many “funny if it wasn’t true” aspects that I’m not sure I’ll do it all justice in this one article, but I’ll do my best.

My favorite evening news show led last night with breaking news that a former high-ranking FBI agent had been arrested for a variety of reasons, including essentially working as an unclaimed foreign agent. That alone is pretty damning, but adding that the person in question was covertly taking payments from a sanctioned Russian oligarch raises some eyebrows.

But even my most beloved evening news anchor buried the real part of the story; this now-disgraced retired FBI agent was none other than Charles McGonigal.

Sounds familiar? He should; he was one of the lead agents spearheading the witch hunt between Trump and Russia.

🚨 BREAKING: An FBI agent investigating the collusion between Donald Trump and Russia has been arrested for colluding with Russia.

You can’t make this stuff up.

So in layman’s terms, this alleged traitor and his compatriot Sergey worked for a Russian oligarch who had sanctioned the United States government, while also “investigating” the alleged election interference and conspiracy that the Trump campaign worked with Russia to control the presidential election. to cheat. .

Let that sink in for a moment.

RELATED: Official Intel admits they knew the Hunter Biden laptop ‘had to be real’ before signing a letter downplaying ‘Russian disinformation’

“They both previously worked with Deripaska to try to have his sanctions lifted, and as officials they should have known better.”

Indeed, they knew better, and you can’t convince me otherwise.

It’s good to be dirty

I find it interesting the parallels between federal agencies. It is fascinating how military army always win big foreign contracts or well paid defense contractors.

We recently learned through the Twitter files how ex-CIA and FBI agents tended to snag pretty legit gigs at the social media giant, no doubt making more money each year than I made in the first decade of my military career. service together. And now, this dirty cop who managed to get the bank to work as a foreign agent for Russia, essentially.

That’s right, McGonigal is accused of receiving and concealing a $225,000 payment from “someone with business interests in Europe” who worked for Albania’s foreign intelligence agency.

U.S. Attorney Matthew Graves illustrates how crude this action is:

“Hiding your contacts with foreigners and hiding your personal financial relationships is a gateway to corruption.”

I’d say that’s a pretty big fucking gateway. Wonder how much he got paid to go after President Trump and his staff on trumped up charges of Russian collusion (see what I did there, I got puns for days).

You just can’t make this stuff up.

By the way, you won’t hear the media reporting this, but McGonigal was a Comey protege and a huge Comey fan.

Snake in the grass

It is easy for ordinary ordinary citizens not to fully understand the seriousness of the actions of those charged with supporting and defending our Constitution, as the mainstream media obscures them at best and, at worst, hides the truth .

For example, Mr. Williams explains in the indictment what kind of man McGonigal worked for while on the taxpayer’s payroll:

“Russian oligarchs such as Oleg Deripaska exert global malicious influence on behalf of the Kremlin and are associated with bribery, extortion and violence.”

While that sounds rather tame, Oleg was trying to coordinate the assassination of a fellow oligarch. Interestingly, in 2021, McGonigal agreed to open an investigation into a rival Russian oligarch in exchange for a hidden payment from Oleg.

Huh, I’m sure that’s just a coincidence. The thing is, this man wasn’t a wayward cop struggling to make ends meet or just a greedy bureaucrat looking to pad his bank account, if the allegations are correct.

Charles McGonigal, the former senior FBI counterintelligence officer who played a leading role in the Trump-Russia Hoax “investigation” has just been arrested for his own alleged ties to a sanctioned Russian oligarch.

Are you already paying attention?

“Mr. McGonigal has betrayed his solemn oath to the United States in exchange for personal gain and at the expense of our national security.”

And while all of this is awful, it’s still not the real punch line.

RELATED: Tucker Carlson: Nixon was removed from office because he knew the CIA was involved in Kennedy’s assassination

If you still haven’t been paying attention to this article or the many others outlining the blatant corruption within the federal government, especially the FBI, then I want you to focus very hard because this is important.

Regardless of your feelings for the former president, the truth is that there is a concerted effort by the deep state in our country to manipulate and control the seats of power that are meant to be duly elected by the citizens.

While chief of cybercrime, McGonigal was one of the first to hear of allegations that George Papadopoulos, campaign adviser to then-candidate Trump, had boasted that the Russians had “dirt” on Hillary Clinton. McGonigal led the probe, which of course turned up nothing because there was nothing.

Some might view McGonigal’s indictment as a sign that the FBI is cleaning up the house, taking its own responsibility and trying to change its public image to bolster American confidence in the system. I’m not so sure.

BREAKING: Charles McGonigal, a senior FBI official who led the 2016 investigation that found no connection between Trump and Russia, has now been arrested for hiring and laundering money for Russian oligarch Oleg Deripaska.

The Kremlin’s infiltration of America is VERY deep.

Admittedly, McGonigal faces up to 80 years in prison. Still, it’s possible he just outlived his usefulness to the FBI or moved on his skis. He was a handy face to reimagine the FBI as a trusted source of justice.

“The depth of corruption within the FBI knows no bounds… Nothing shocks me anymore.”

And on this point, dear reader, nothing should shock you either.