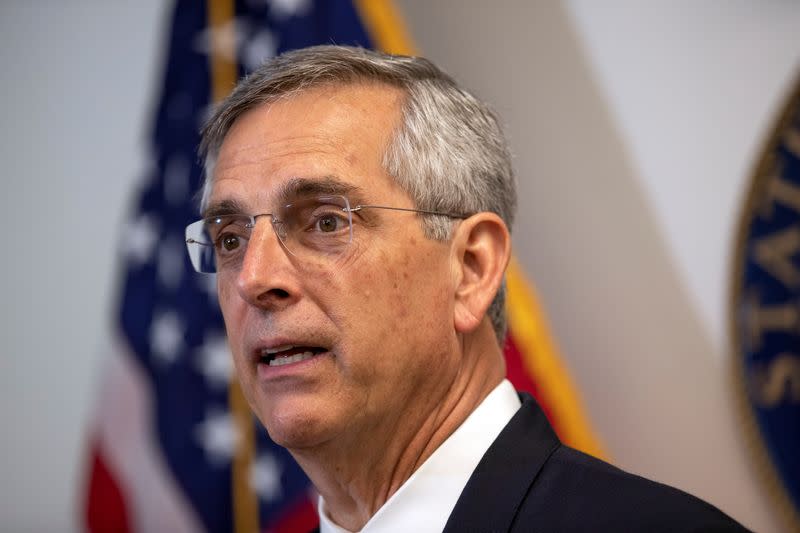 The Washington Post has reported that forensic experts who worked for pro-Trump attorney Sidney Powell last year copied virtually every part of the voting system. Powell alleged voter fraud after the 2020 election, but federal and local investigations showed otherwise.

“To allay the fear fueled by perennial election deniers and conspiracy theorists, we are replacing Coffee County’s election machines,” Raffensperger said in a statement Friday, adding that the investigation into the former officials who allowed the unauthorized access would continue.

“But current election officials in Coffee County should move forward with the 2022 election, and they should be able to do so without this distraction,” he said.

Trump has falsely claimed that rampant voter fraud caused his loss in Georgia, a battleground where President Joe Biden’s victory propelled him to the White House.

Fulton County special grand jury is conducting a criminal investigation into alleged misconduct. Trump was included in a Jan. 2, 2021 phone call that pressured Raffensperger to “find” enough votes to undo his loss to Biden in the state.

Trump has denied any allegation. The grand jury had also subpoenaed Trump allies and members of his former legal team.

(Reporting by Kanishka Singh in Washington; editing by Alistair Bell)

With Senate control in play, these are the races to watch

Daily Briefing: Nuclear ‘Armageddon’ Is Most At Risk, Biden Says

‘Only a tourist center until Narendra Modi became prime minister’: Amit Shah on development in NE

The Singapore Time - October 7, 2022 0
Kym Marsh and Molly Rainford appeared in good spirits on Friday as they left their hotel in Elstree and headed to Strictly Come Dancing...