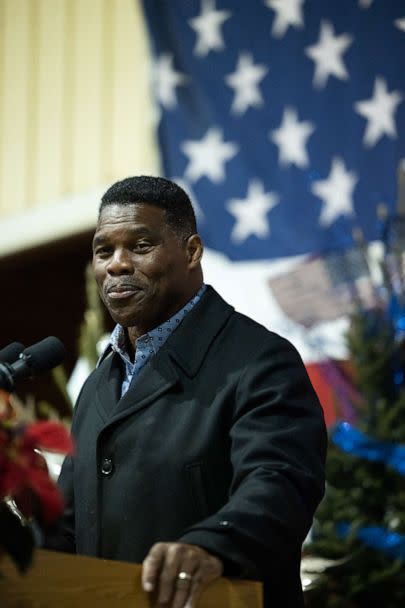 As Georgians gather for Thanksgiving, food and celebrations won’t be the only things on their minds. Conversations about politics can also swirl around the dinner table as the Thanksgiving holiday arrives in the midst of a heated election cycle.

“Well, I was trying not to have to interrupt your Thanksgiving with politics. We came real close. Very close. But we have to go a little bit further. Are you guys ready to bring this home? Let’s get it done,” Senator said Warnock Tuesday.

Georgia is no stranger to politics during the holiday season. In 2020, when the state experienced two Senate races, the cycle was nine weeks long and split between Thanksgiving, Christmas and New Year’s.

But even with this year’s election cycle limited to four weeks, voters are still being asked to go to the polls during the holiday season, which has generated a lot of mixed reactions from the voting public.

Cameron Stargell and Peyton Jones are both sophomores studying out of state. But both are back home in Atlanta for the Thanksgiving holiday and plan to vote in person before returning to school after the festivities.

“It’s very difficult, but I feel like it’s really worth having to vote again because I really want Warnock to win. So I think it’s beneficial for us in the long run to do that” , Stargell said.

Both said they are open to the political conversations that may arise at home.

“I feel like you need to talk about it now because the issues that are being voted on are not things you can ignore, so I feel like it’s important to have those conversations,” Jones said.

Early voting begins statewide on Monday, November 28; however, counties could choose to have more early voting days if they were able to do so.

Douglas County opened polls on Tuesday and voters said they were thankful for the voting opportunities ahead of the holiday.

“I won’t be in town, so I came before I left,” Alfredia Brennon said. “I’m ready for it to be over. So I’m going to make my vote count because I’m tired of seeing all the news, the commercials, all that. I’m over it.”

“I hope this is the last time,” said Samuel Wyatt. “Not that I mind, because when I found out today that we could vote early… I said that’s great.”

Both senate candidates warned voters not to dismiss politics altogether during the holiday season.

“If you eat on Thursday and shop on Friday, you can definitely vote on Saturday or Sunday,” Senator Warnock said.

“There’s a reason why Thanksgiving isn’t the Thanksgiving you used to have. Now you’re looking for what to do for Thanksgiving. You’re getting a turkey or chicken. I don’t mind if you have chicken because I have chicken sales, so buy lots of chicken,” Walker said.

Polls will be closed on Thanksgiving and the day after, but following a judge’s ruling that Saturday voting is allowed in the state ahead of the runoff, a string of counties have announced they will vote on Saturday, Nov. 26 and Sunday, Nov. 26. to vote early in November. 27.

Georgians Prepare for Politics Over Thanksgiving originally appeared on abcnews.go.com