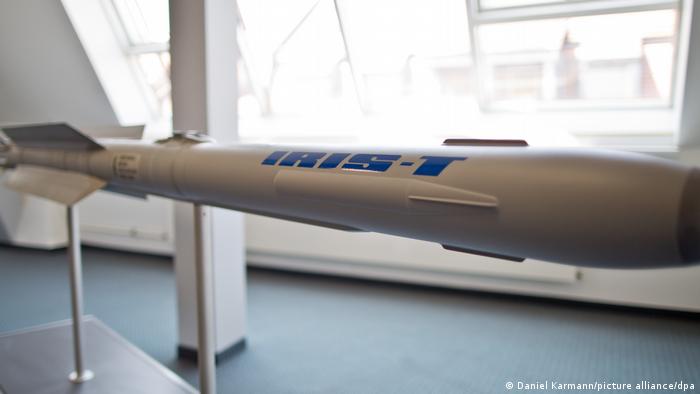 In his address to lawmakers, Olaf Scholz outlined Germany’s approach to the war in Ukraine and its effects on the economy and broader government spending.

Defense of Berlin’s actions so far

The German government, which presented its budget on Wednesday, has been criticized for its perceived reluctance to deliver heavy weapons to Ukraine.

Before Scholz’s speech, opposition leader Friedrich Merz of the Christian Democrats had asked the chancellor to set aside his prepared text and tell parliament what weapons he planned to deliver to the country.

In the coming weeks, Scholz said Germany would provide more weapons, including the IRIS-T anti-aircraft system.

The IRIS-T, developed in collaboration by Germany with other NATO partners, has the capability to target and shoot down other air-to-air and surface-to-air missiles. The Chancellor also said Germany would provide Ukraine with radar systems to help locate enemy artillery.

Scholz said Germany will send the IRIS-T system to Ukraine

Meanwhile, Scholz said Germany had been clear on its priorities, saying Russian President Vladimir Putin must be prevented from achieving his goals.

“Putin must not achieve his goals. He must not get away with this military attack on another country,” Scholz said. “This is imperialism, which we in Europe will not accept.”

Before addressing military spending, Scholz said the government was taking a number of steps to ease the burden of rising military prices. the German public.

See also  A year later, some Republicans are reluctant to boycott the Jan. 6 panel

Arms aid is crucial, but ‘will take months’

“We are defending the Ukrainian people as best we can,” Baerbock told parliamentarians.

She said Scholz’s announcement that Berlin would send IRIS-T air defense systems to Ukraine was one way of supporting it, but she also acknowledged delivery “would take months.”

Change in approach to military spending

Scholz said in a government statement to the Bundestag on Feb. 27 that the budget would be endowed with the one-off special fund of 100 billion euros ($107 billion) for defense projects.

The German Chancellor said at the time that Russia’s invasion of Ukraine had led to a “Zeitenwende”, or a turning point, in Germany’s funding of the army.

He also said that more than 2% of the country’s gross domestic product (GDP) would be invested in defence, to match NATO’s goals for its member states.

The announcement heralded a major shift in policy after decades of German military restraint rooted in Germany’s bloody 20th-century history.

Immediately after Russia invaded his neighbour, the German army chief said his own troops were ill-equipped for military action and that he was “fed up” with Germany’s neglect of the army.

The money is expected to be used for a range of projects, including encrypted radios, new warships and a short-range air defense system.

The German military has been trying for years to secure Chinook helicopters to replace its aging fleet of cargo helicopters.

“With this model, we strengthen our ability to cooperate in Europe,” Lambrecht said in a speech to lawmakers.

In response to criticism of its arms deliveries to Kyiv, Berlin says it supplies arms indirectly by sending material to other NATO allies.

These countries, like the Czech Republic, can in turn deliver their older weapons – mostly Soviet-designed and familiar to the Ukrainian military – to Kyiv.