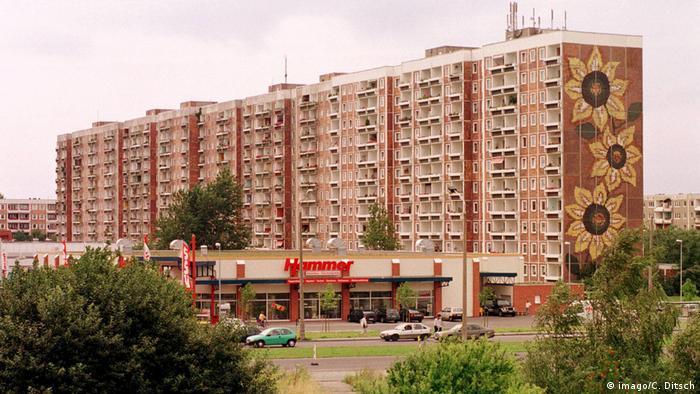 About 3,600 people attended a demonstration in the northeastern German city of Rostock on Saturday to commemorate and combat the racist attack that broke out there three decades ago.

The riots broke out in August 1992, shortly after German reunification, and saw extremists attack the city’s central reception center for asylum seekers as local residents watched and cheered.

The extremists also attacked a hostel where Vietnamese workers lived. About 150 people were put at risk by the mob during the days of racial violence.

The riots have been described as the worst racist attack in Germany since the end of World War II.

The event was organized by a local group that wants to keep the memory of the attack alive. The tagline for the event was “commemorating means change.”

The head of the city’s migrant council, Seyhmus Atay-Lichterman, told EPD news agency that the riots were caused by political and police failure. He said the memory of the pogrom must be kept alive.

Imam-Jonas Dogesch, a spokesperson for the organizers, said refugees and asylum seekers are still largely excluded from society, with stricter laws making it almost impossible to apply for asylum in Germany.

German President Frank-Walter Steinmeier was in Rostock on Thursday for a memorial meeting, where he called the events a “disgrace to our country”. He also said that all political parties were responsible for the rhetoric they used in the 1990s.

Hate and violence against refugees and asylum seekers in Germany is far from extinguished, with neo-Nazis and far-right political parties enjoying significant support, especially in certain parts of the country.

An example of this was given Friday night, when an unknown assailant in the eastern city of Leipzig threw projectiles at a refugee shelter.

Police said the attack resulted in only minimal external damage to the building, but the act still raised concerns, with Saxon Interior Minister Armin Schuster tweeting that “it is an alarming sign that such inhumane criminal acts do not come to an end.” the past are limited.”