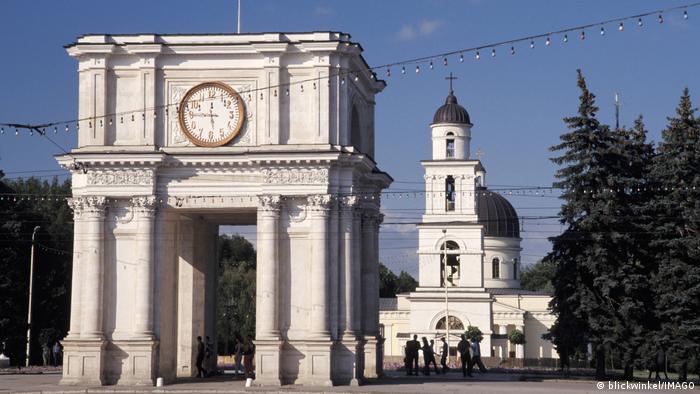 Germany on Friday pledged aid to EU candidate Moldova as the country struggles to cope with the fallout from the war in neighboring Ukraine, particularly rising fuel costs.

The pledge came days after thousands of protesters gathered in the Moldovan capital, Chisinau, to demand the resignation of pro-Western President Maia Sandu. Sandu’s opponents blame her government’s policies on high inflation and fuel prices.

Chancellor Olaf Scholz met Sandu in Berlin to discuss support for Moldova, which has been particularly hard hit by the economic fallout from the invasion.

Coinciding with the visit, the German Ministry of Development said it would support Moldova with an additional €60 million ($58.9 million) to overcome the energy crisis.

Development Minister Svenja Schulze praised the steps the Moldovan government has already taken to implement the necessary reforms to join the EU.

“It is remarkable how quickly and purposefully the Moldovan government has already tackled judicial and administrative reforms in its first year. Now it is urgent to get people through the winter safely and thus stabilize this heavily burdened country,” she wrote. Twitter.

Moldova’s reform stance as part of the EU accession process and further support in dealing with the consequences of the Russian war in Ukraine were on the agenda of Sandu’s visit.

The gas price in Moldova has increased twelvefold in the past 12 months.

Moldova has lowered its growth forecast for 2022 to zero. The economy has been damaged by record high inflation of 34.3% and interest rates rising to 21.5%.

Even before the Russian invasion, the country faced deep economic problems, with more than a quarter of the population living in poverty. It now hosts tens of thousands of Ukrainian refugees.

Sandwiched between Romania and Ukraine, Moldova is one of the poorest countries in Europe and, like Ukraine, is politically divided between pro-Russian and pro-Western factions.

Since the end of a separatist war in 1992, Russian troops have been stationed in the breakaway region of Transnistria.

In the early months of the Russian war in Ukraine, there were fears that the war would spill over into Moldova if Moscow attempted to forge a land corridor to the region via southern Ukraine.

Although Transnistria effectively seceded from Moldova in 1992, Moscow has not officially recognized the region’s independence.

With a population of only 2.6 million, Moldova was the smallest country known as “captive nations”, made up of the former republics of the old Soviet Union.

The Singapore Time - October 1, 2022 0
The California Department of Financial Protection and Innovation (DFPI) announced last month that it had ordered 11 entities to cease and desist for violating...