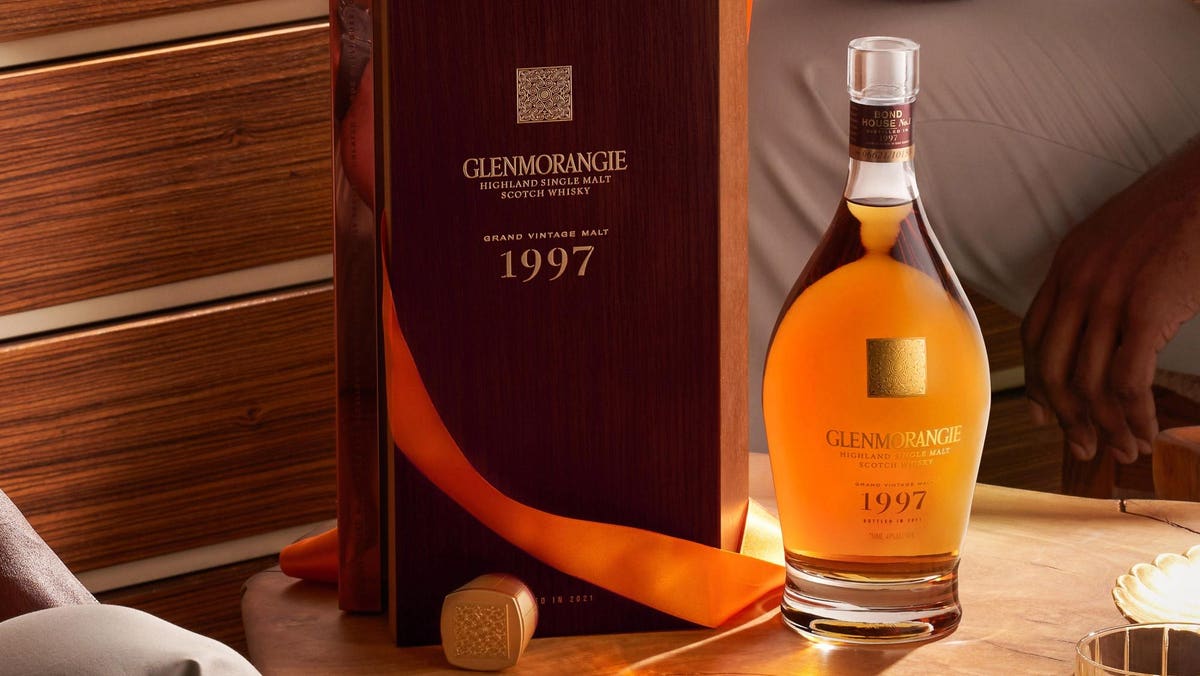 “I’m a chemist with a PhD, but I see myself more as an artist than a scientist,” says Dr Bill Lumsden, master distiller and blender at Glenmorangie. “I see my whiskeys in terms of colors.” I recently spoke with Dr. Bill over the phone about two of the new releases of Glenmorangie. The first is the latest in their vintage Bond House No. 1 series: The Glenmorangie Grand Vintage Malt 1997 ($ 900), with whiskey aged for a decade in bourbon casks and then aged for 13 years in red wine barrels. of Château Montrose in Bordeaux. The second is a collaboration with Japanese artist Azuma Makoto who created the botanical sculpture “Dancing Flowers of Glenmorangie”, inspired by the floral notes of the 18-year-old Glenmorangie. The artwork will be featured on a series of limited edition bottlings.

Tell me the story of the Glenmorangie vintage series.

A long time ago, I was asked to make an older expression for one or two markets. I put together a 25-year-old on the assumption that it was a unique piece, never to be repeated. The markets came back and said we love it, can we have more? I have put together an approximation of this recipe and made a second version. Then our company was bought by LVMH in 2005 and they wanted a third version and wanted it to be global.

And then you decided to ditch the consistency and make each release aim for something unique?

Yes, we have decided to celebrate the inconsistency. We would bottle from a single year and deliberately make them all different. The 1997 is this year’s offer and what makes it special is that 14 years ago I bought small quantities of casks from Château Montrose in Saint-Estèphe and put in some whiskey and it helps to compose the blend. All the whiskeys inside are 23 or 24 years old and were distilled in 1997. Some are made from American oak and some are from sherry casks, but a good part is from Chateau Montrose casks which I think , gives the whiskey a complex sweetness.

How often have you tasted the barrels of Château Montrose over the years to see how they evolved?

I think I tasted it after a year, then I forgot it a bit and then was pleasantly surprised. We’re one of the smaller companies, but I have half a million barrels, so sometimes I rediscover them a little later. I also hide a lot of my barrels so they won’t be released until I think they’re ready. I generally look to the future for almost ten years and want to find things that I can continue during that period of time. I have already concocted the recipe for the next vintage 1998.

What do you think of all the attention brands give to limited editions? Do you think this hurts the major versions?

I think this trend is here to stay. Everyone wants new things and the new releases interest me and consumers – it just adds a bit of spice. But if what you’re doing doesn’t taste good, there’s no point. I have the final veto on what goes into the bottle and if my experiments don’t work, they won’t be published. But I want to point out that at least 50% of my work is devoted to maintaining the core line, products that we try to keep consistent. Although it seems like the more new products I come up with, the more they want.

What led to the collaboration with Azuma Makoto for the limited edition 18-year-old release?

The 18 year old has an incredibly floral scent bouquet. I call it the Chanel # 5 malt whiskey. So when we were looking for an artist to collaborate with our friends, we went to Azuma Makoto who makes sculptures from living flowers.

Did you do any in-depth tastings with him to help him understand whiskey?

When I first met him I said I could talk to you for hours about the distillation, but you don’t have to worry about that. All you need to think about is how delicious the flavor is and the images and feelings it evokes for you. So he made the “Dancing Flowers of Glenmorangie”. Since it was made of real flowers, it’s not something we could send on a world tour – it only lasted two days. What was most frustrating was that even I couldn’t see it because of COVID. But he chose all of these beautiful flowers that reflect my descriptions of the whiskey.

People consider making a quality whiskey a serious business, but when you drink it is all about the fun and the pleasure. A lot of the artists I have worked with, whether they are cooks or clothing designers, are open to thinking about things in a different way. I have a doctorate in chemistry, but I see myself more as an artist than a scientist. I see my whiskeys in terms of colors.

Are there good and bad colors for whiskey?

There are no bad colors, just the ones that reflect the flavor and texture of this whiskey. If I think of the Glenmorangie The Original 10 in one or two colors, it would be lemon and green, light and summery. With the 18 there are shades of purple and purple, it’s much darker and Azuma Makoto really captured that with the sculpture.