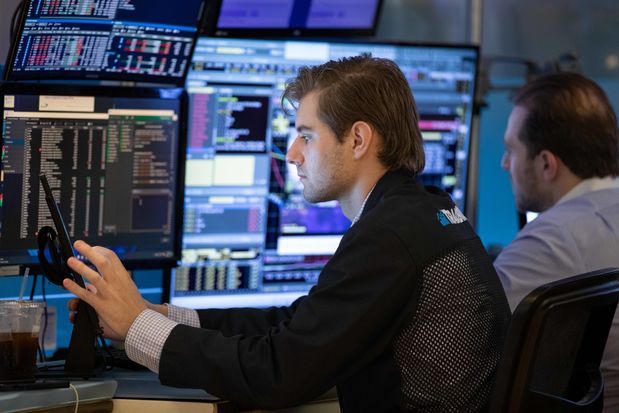 The Fed made clear on Wednesday that it is likely it will continue to raise interest rates aggressively if it raises Federal Funds interest rates by three-quarters of a percentage point, and indicated that the “peak” Fed Funds rate could rise above 4.5%. come. The Fed is trying to contain high inflation by cutting economic demand, which is likely to continue to weigh on corporate profits.

Now Goldman Sachs strategists are lowering their price target for the S&P 500. The strategists see the index trading at 3600 by the end of the year, down from an earlier forecast of 4300. The new target represents a small drop from the current level of the index of just under 3700, but the point is that confidence in the market is weakening. “Interest rate expectations are now higher than we previously assumed, bringing the distribution of stock market results below our previous forecasts,” writes David Kostin, Goldman’s chief US equity strategist.

Part of Goldman’s equation is that the Fed’s rate hikes have pushed up the “real yield” on the 10-year Treasury bond. That is the 10-year return minus the expected average annual inflation expectations for the next 10 years, as investors usually demand a return that is higher than the inflation rate. The 10-year real yield has risen to just over 1.3 percentage points, and Goldman says it could soon be 1.5 percentage points.

The bank therefore expects fairly low earnings growth estimates for the S&P 500. It expects total earnings per share for S&P 500 companies to reach $234 in 2023. That’s just 3% growth from this year’s expected earnings, and it’s lower than the current total 2023 forecast of $240, according to FactSet.

However, lower revenues are not the only factor weighing on the bank’s forecast. A higher real 10-year yield also lowers valuations. When the real yield on a safe government bond rises, the expected yield on the riskier stock market looks slightly less attractive. A true 10-year yield of 1.5 percentage points, historically, should correlate with about 15.4 times the S&P 500 multiple of next year’s earnings, Goldman says. That’s roughly where the index is currently trading as stocks sold out this week.

It’s the earnings that will ultimately determine whether Goldman’s new target will turn out to be just right — or should be cut again.

Are EV sales strong despite a weak economy, are supplier shares a buy?

A Fed Pivot is Wall Street’s dream. Jobs report can be rude awakening

My kind, compassionate son died unexpectedly. This is what I...