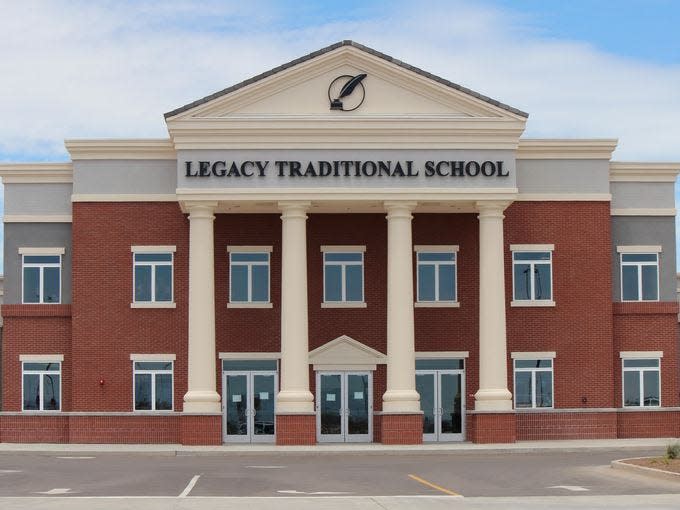 A gun was seized Thursday from a fourth-grade student at Legacy Traditional School in Queen Creek, police said.

Sonu Wasu, a spokesman for the Queen Creek Police Department, said another student at the school reported to his parents after returning home from school on Wednesday that they saw live ammunition with the child. The parents contacted the school, but the school authorities were unable to get hold of the child’s parents, Wasu said.

According to Wasu, school staff approached the student the next morning and discovered the gun in the child’s backpack, which was quickly seized and handed over to police, who arrived shortly after being contacted at 8:22 a.m.

School officials noted that the child had never drawn the gun. Queen Creek Police also said that although the gun contained a magazine of bullets, the gun had no chambers and would not have been able to fire.

Police have determined that the gun belonged to one of the child’s parents, although some details remain unclear and an investigation is underway. Wasu said she expects police to recommend charges to the Maricopa County Attorney’s Office sometime next week, including multiple gun violations.

Legacy Traditional School officials released a statement on Saturday announcing that its principal, Megan Alvarado, has been placed on leave as a result of the incident:

“The wellbeing of Legacy students, faculty and staff is our top priority, and that includes supporting a safe, inclusive and welcoming learning environment. We are investigating the circumstances surrounding Thursday’s discovery of an armed student on campus, and this investigation means the administration follows Legacy security protocols at all times. Director Alvarado has been placed on administrative leave pending the completion of this review. We look forward to continuing conversations with our students, parents, faculty and staff to ensure our school meets Legacy’s high standards.”

Queen Creek Police Chief Randy Brice praised the actions of the student who reported the firearm and encouraged parents to have conversations with their children that could inspire more to do the same.

“We also want to commend the student who saw something suspicious and reported it to the appropriate adults in this case,” Brice said. “Every parent should have that conversation with their kids – if you see something, say something. That’s what one student did in this case and that led to a quick and peaceful solution to this tense situation.”