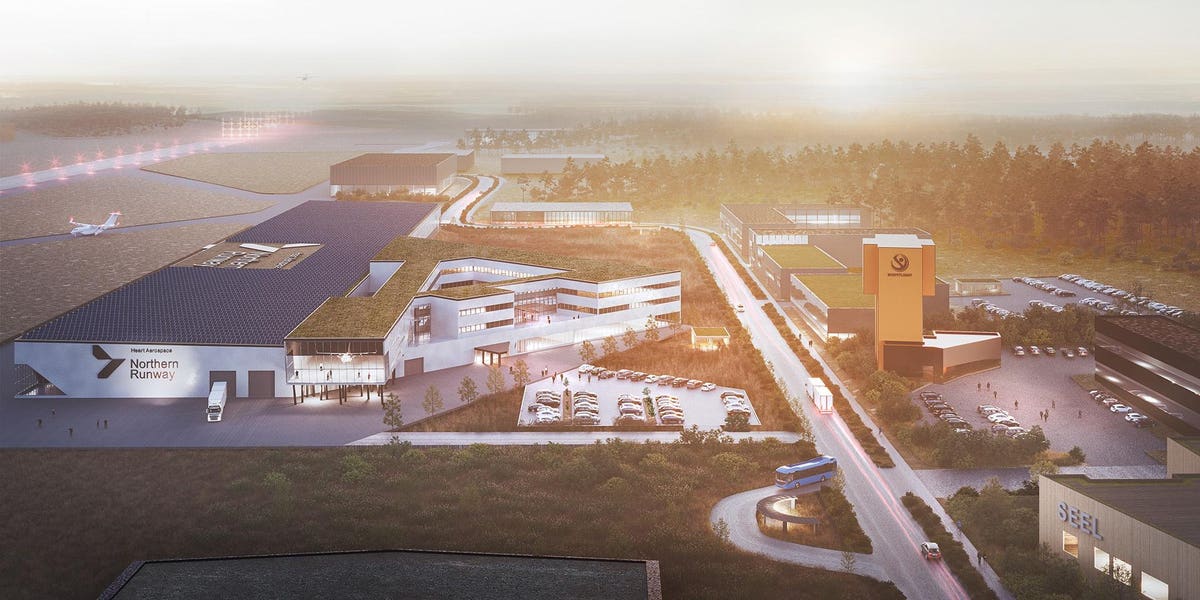 Commercial electric aviation took a big step closer to reality this week with the announcement of a new industry campus at Säve Airport, a secondary airport just outside Gothenburg, Sweden.

Driven by investments from Heart Aerospace, the campus named ‘Northern Runway’ will include offices, production and flight test facilities for electric aircraft. The first phase is to be completed by 2024, with test flights starting two years later.

Interest in electric aviation is increasing

Heart Aerospace has announced several electric aircraft designs in recent years and has received investments, letters of intent and letters of support from major airlines, including Air Canada and Scandinavian Airlines (SAS).

Currently in the spotlight is the ES-30 with 30 seats. With an all-electric range of 200 km (124 miles) and a hybrid range of 400 km (248 miles), it has captured the interest of airlines operating in markets with high demand for regional aviation.

Air Canada likes the concept so much that it has invested $5 million in the company and placed a purchase order for 30 of the new ES-30 aircraft. SAS has also confirmed its interest in the model.

Founder and CEO Anders Forslund said the new project is about much more than developing one aircraft: “We have a plan and it’s not just about building a new electric aircraft, but also a whole new industry. With Northern Runway, we enable electric flying and preserve flying for future generations.”

A new industry for Gothenburg

Heart’s choice of Sweden’s second largest city for its new campus comes as no surprise, as the company is already based there. The Northern Runway concept will be part of a wider development area for sustainable logistics and electric mobility called Gateway Säve.

Heart COO Sofia Graflund said the city “has distinguished itself” in the emerging field of electrification, pointing to its world-class research facilities in battery technology and electrification. Gothenburg is also widely known in urban planning circles as one of the world’s most sustainable cities.

The company expects its new facility to boost new jobs and plans to grow from 130 employees today to about 500 by 2025.

“We need to stay on course with tax plan,” Chancellor said...