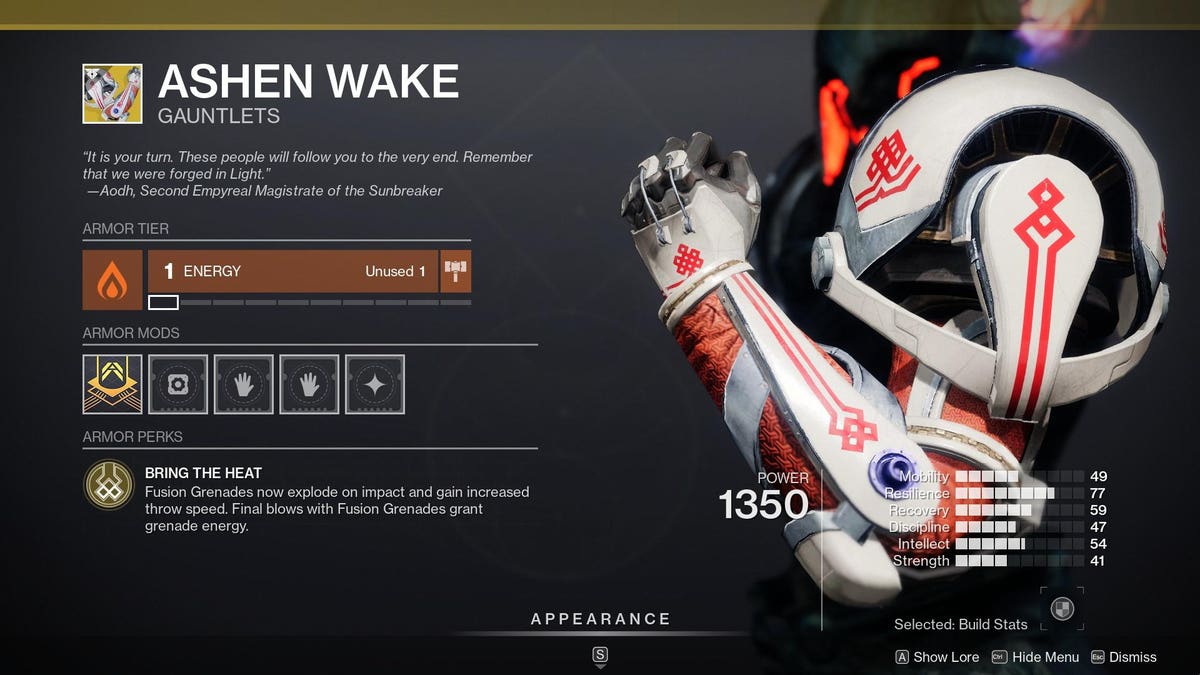 Yesterday, Bungie revealed that they would be teaming up with a community artist for a new exotic ornament in Destiny 2, where players will first vote for one of three weapons to get an ornament (Arbalest, Sweet Business, Rat King), and then vote on three drafts for the winning one.

This is a cool idea, and yet I kept thinking about how I wish this was instead a competition to create an exotic ornament for a piece of Destiny 2 armor that doesn’t have one. Because with constantly changing metas, I keep running into situations where suddenly useful exotics completely kill my fashion game.

Here’s the full list of Destiny 2 exotics that still don’t have exotic ornaments, as far as I can tell. Some are new, but many are really very old. However, I had no idea there were that many. I grease the ones I think need the most:

Adding Dragon’s Shadow for Hunters because it has an ornament, but it sucks.

So, what dictates why some armor pieces have three ornaments, but others have zero? My guess is that there’s a pretty big usage factor, with Bungie being more inclined to create ornaments for the exotics players use most often. It’s just that in recent times when things have gotten improvements or new uses, we keep circling back to old options that are suddenly viable but look awful. It’s a risk to create a new ornament for an old exotic, but I’d like to see every exotic in the game get at least one option at some point. Except Apotheosis Veil. I will never wear that for any reason.

All this ‘Destiny 2’ Lightfall concept art is fake, an AI made it in minutes

Netflix’s ‘The Sandman’ Season 2 Update, Everything We Know

Jon Bernthal returns as ‘The Punisher’ in the MCU, Rosario Dawson reveals