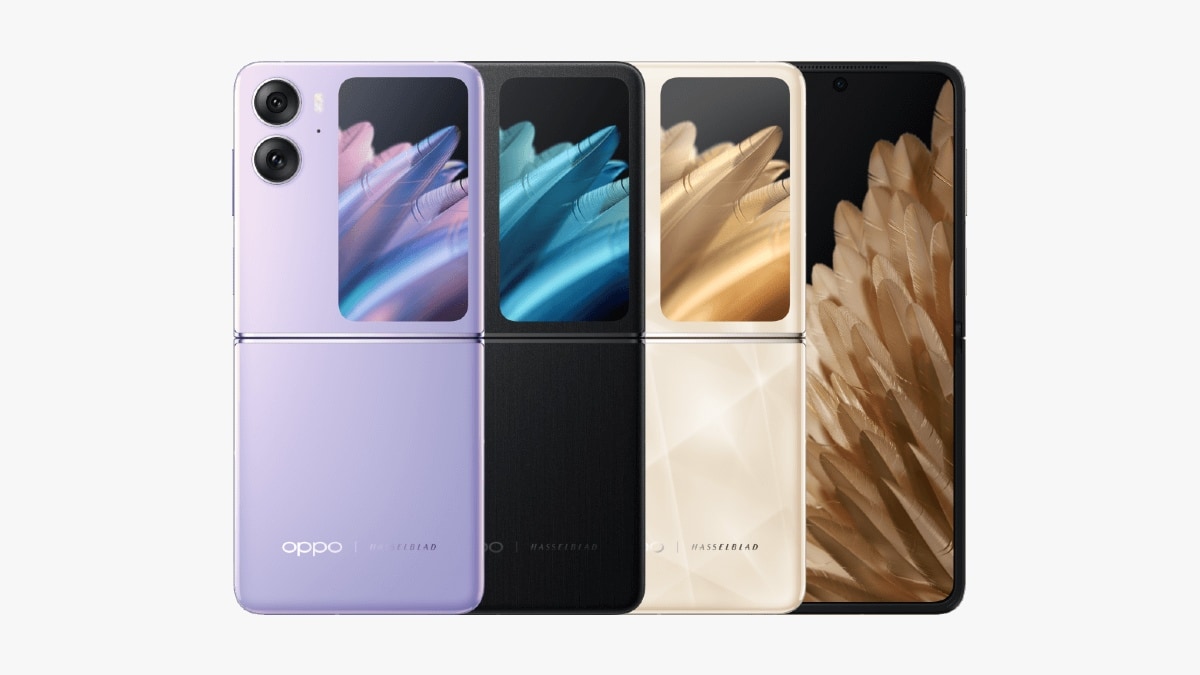 Oppo’s Find N2 Flip clamshell foldable, which was announced in China alongside the larger Find N2, could finally see a global launch, according to the latest leak. While the Find N2 remains a China exclusive, the smaller Find N2 Flip will launch globally as early as February, according to a tipster. The phone has a newer design with a water drop hinge which reduces the appearance of creases and also reduces the pressure on the inner foldable display. It features a larger-than-usual external display, which should make it an ideal rival to Samsung’s Galaxy Z Flip series.

According to tipster @snoopytech, the Oppo Find N2 Flip will be released in Europe and worldwide. The release date has not been confirmed, but the source claims it will likely happen during the Mobile World Congress Barcelona 2023 (MWC 2023) event, which is scheduled for February.

The tipster also shared more details about the global variant of the Oppo Find N2 Flip, which is very similar to the model announced in China. The processor also remains the same, namely the MediaTek Dimensity 9000+ SoC. Judging by the leaked photos, the phone also looks identical in terms of design and will be available globally in Astral Black and Moonlit Purple finishes. According to the leaked details, it also has an IPX4 rating, making it resistant to water splashes.

The inner folding display is a 6.8-inch AMOLED panel that oddly offers Gorilla Glass 5 protection. The screen has a resolution of 2,520 x 1,080 pixels and the screen refresh rate is set to a maximum of 120 Hz, all laid out in a 21:9 aspect ratio. The outer screen measures 3.26-inches and offers a resolution of 720×382 pixels with a refresh rate of 60 Hz, and is also covered with Gorilla Glass 5.

The phone appears to be coming in just one configuration, offering 8GB of LPDDR5 RAM and 256GB of non-expandable storage. For communication there is dual SIM with dual 5G standby, Bluetooth 5.3 and NFC. The phone has a battery capacity of 4,300 mAh and supports 44W SuperVooc wired charging. As noted in a previous report, there’s no mention of wireless charging in the leaked spec sheet. The phone is 16 mm thick when folded and weighs 191 grams. The package also includes a USB Type-A to Type-C cable, SIM eject tool, protective case and a charging adapter.

If the above information proves to be true and Oppo eventually launches the Find N2 Flip globally, it would be interesting to see a new contender in the foldable space, which has long been dominated by Samsung devices. The Oppo Find N2 Flip has to compete with the Samsung Galaxy Z Flip 4, which is also available in India. While the Samsung foldable already offers features like wireless charging and an IPX8 rating, it’s stuck with a small screen that didn’t fare well in our review in terms of usability. Oppo, on the other hand, promises a much better experience with its external display, which the company says reduces the need to open the vertically folding smartphone by 20 percent. What remains to be confirmed is whether Oppo’s first foldable clamshell will make it to India.

See also  Airtel 5G services are starting to roll out in these Rajasthan cities
Affiliate links may be generated automatically – see our ethics statement for details.

Users of Samsung Galaxy smartphones are at high risk, the Indian government issues a warning