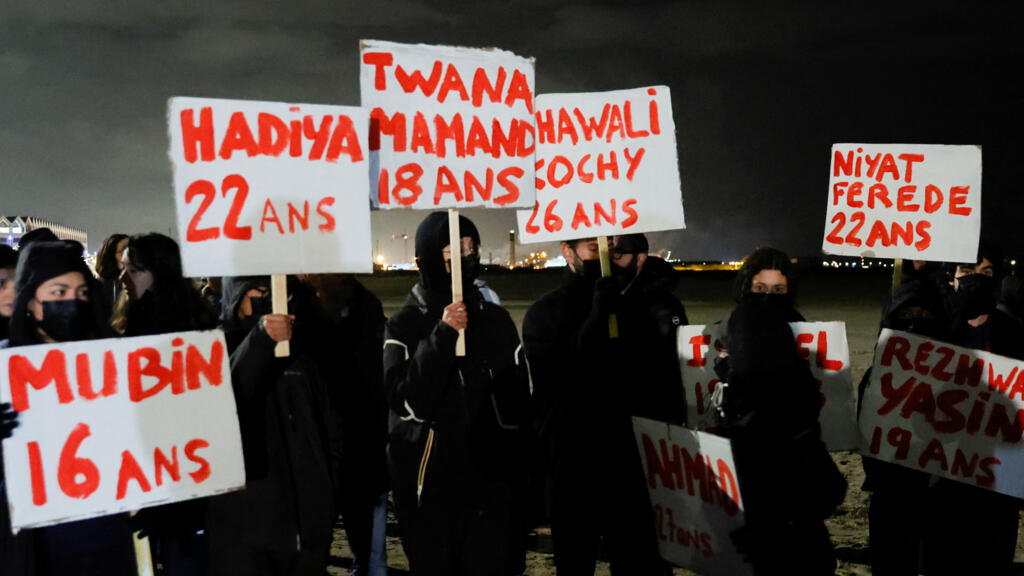 On Thursday, tributes and demonstrations took place in France for the 27 migrants who died exactly one year ago in a Channel boat disaster that France’s interior minister admitted should have been prevented.

Several boats full of rescuers and local elected figures took to sea off the coast of Dunkirk on Thursday to celebrate the anniversary of the Channel’s deadliest migrant accident on record.

They threw wreaths into the water and stopped to remember the 27 people, mostly from Iraq, who died when their inflatable boat foundered overnight in the middle of the shipping channel between France and Britain.

“It is a tragedy that we expected and more are likely to follow,” said Alain Ledaguenel, head of the local branch of the SNSM rescue service.

Elsewhere, a protest march organized by a local charity saw people march from the center of Dunkirk to the beach behind a banner reading “Your limits, our dead”.

One of the protesters read out the names of the deceased while looking at the water.

Documents from a French inquiry into the accident reported in the media suggest that French and British sea rescue coordinators abdicated responsibility when the boat sank.

On initial SOS calls, the boat appears to have been just inside French waters but drifting towards the British border, but neither side sent a lifeboat, according to Le Monde newspaper.

“Everything that has been written is quite shocking,” French Interior Minister Gerald Darmanin told France 3 television on Wednesday evening.

“From what I understand… we should have intervened because it looks like they were in French waters,” he added.

In Paris, about 100 people demonstrated on Place de la République on Thursday evening, where white leaves bearing the names of the dead were placed at the base of the column in the center of the square.

A letter was read from the window of a man who lost his life, the father of her two children, saying that he “didn’t deserve to die like this.”

Elsewhere on Thursday, 65 humanitarian organizations from Britain, Belgium and France called on the British government to provide legal pathways for asylum seekers in a joint letter published in Le Monde.

The British government has programs to help Ukrainians and Afghan refugees, but others are being forced to cross the Channel to seek asylum.

Some families of Uvalde and Sandy Hook join Biden and Pelosi...