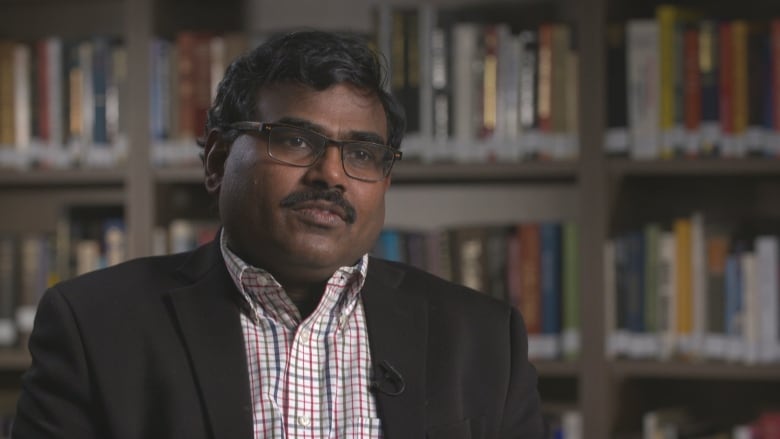 The Indian government says there is an increase in “hate crimes, sectarian violence and anti-Indian activities” in Canada and is warning Indian citizens in the country, including students, to be on the lookout.

The press release issued Friday by the Indian Ministry of Foreign Affairs does not say what prompted the warning. The ministry and Indian diplomats have brought several incidents to the attention of Canadian authorities. It also said the alleged perpetrators have not been brought to justice.

“Given the increasing number of crimes described above, Indian citizens and students from India in Canada and those going to Canada for travel/education are advised to exercise caution and remain vigilant,” the press release said.

The release also failed to point to any data or evidence of an increase in hate crimes.

TSTIME News has contacted the Indian Ministry of Foreign Affairs for more details, but has not received a response. A number of Canadian federal government departments also did not respond to TSTIME’s questions.

Earlier this week, Sikh organizers held what they called a referendum in Brampton, Ontario. on whether there should be an independent Sikh state in northern India called Khalistan.

Khalistan proponents seek to establish a Sikh homeland in the Punjab region of India. The movement’s activities in Canada have created tensions between the Canadian and Indian governments, as well as internally within the liberal caucus.

Captain Amarinder Singh, the former prime minister of Punjab, has even accused senior ministers in the Trudeau government of sympathizing with the movement – ​​allegations they have denied.

The opinion was issued a day after an Indian government official condemned the vote in Brampton during a press conference.

Arindam Bagchi, a spokesman for India’s foreign ministry, called it a “farcical exercise” and said it was being held by “extremists and radical elements”.

Bagchi added that the matter has been raised with the Canadian government through diplomatic channels.

“The government of Canada has reiterated that they respect India’s sovereignty and territorial integrity and will not recognize the so-called referendum,” Bagchi said.

Statistics Canada said in a report earlier this year that there were 119 police-reported hate crimes in Canada targeting the South Asian population in 2020 – an increase of 38 incidents from 2019.

Earlier this week, a Hindu temple in Toronto was defaced with the words “Khalistan” and “Death to India” in Urdu.

A Toronto Police Department spokesman told TSTIME News on Friday that the investigation is ongoing and they have not identified a suspect.

“The Hate Crime Unit has not seen a notable trend in hate crimes against people of Indian/South Asian descent,” the spokesperson said.

“We understand that underreporting of hate crimes is challenging and the reported numbers may not accurately reflect what is happening in our city.”

In July, vandals smeared a statue of Indian civil rights activist Mahatma Gandhi in Richmond Hill, again with the word ‘Khalistan’. York Regional Police said they are investigating the vandalism as a hate crime.

A York Police Department spokesman told TSTIME News on Friday that they have not yet identified any suspects.

Chinnaiah Jangam, an associate professor of history at Carleton University who specializes in South Asia, said the threat to Indian nationals cited in the advisory is exaggerated.

“Although there is a right-wing extremism claims” [itself in Canada]I don’t think there is any threat to minorities here,” Jangam told TSTIME News.

He said the target audience for the advice might not be Indian citizens in Canada, but rather supporters of the ruling Hindu nationalist Bharatiya Janata Party (BJP) and its leader, Indian Prime Minister Narendra Modi – as well as BJP and Modi critics in Abroad.

“Most importantly, the issue of the statement has domestic implications in Indian politics,” Jangam said.

“It is for consumption of [Modi’s] own voting base in India, and also to suppress, in effect, any dissent against India in North America.”

Jangam has been reported to be the target of harassment and threats for his criticism of the Modi government and the BJP.

Tensions between local Indian Hindus and Muslims in Leicester, UK, spilled over into unrest last week. The TSTIME reports authorities have arrested 47 people in connection with the incident.

The Singapore Time - October 2, 2022 0
The 2022 Independence Day celebration promises to be a departure from the norm of staying indoors to eat what some call the Independence Day...