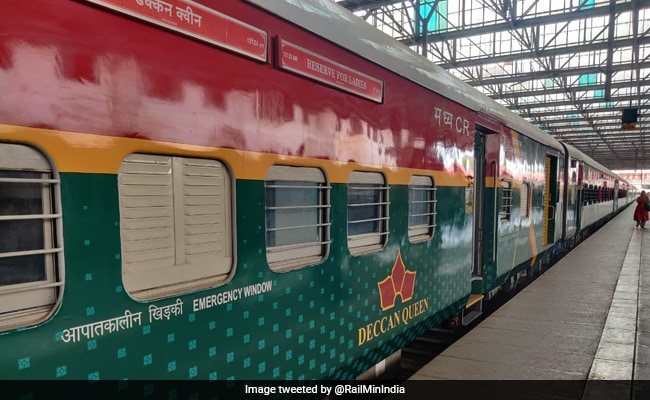 Deccan Queen was the first luxury train introduced on the railway.

“This train is the only one of its kind on Indian Railways to have a dining car, it will now run with LHB coaches from June 22,” Central Railway chief executive Anil Kumar Lahoti told reporters. media.

The introduction of the ‘Deccan Queen’ between the two major cities of Maharashtra Pune and Mumbai on June 1, 1930 was a major milestone in the history of the Great Indian Peninsula Railway, the forerunner of the Central Railway.

It was the first luxury train introduced on the railway to serve two important cities in the region and is aptly named Pune, also known as the “Queen of the Deccan” (Dakkhan ki Rani).

Initially, the train was presented with two sets of seven cars, each of which was painted silver with scarlet moldings and the other royal blue with gold lines. The original rakes’ car frames were built in England while the car bodies were built in the GIP Railway’s Matunga workshop.

The Deccan Queen initially had only first and second class accommodation. First class was abolished on 1 January 1949 and second class was redesigned as first class, which continued until June 1955 when third class was introduced on this train for the first time. This was later renamed as Second Class from April 1974.

See also  Putin compares himself to Peter the Great, says he is taking over Russian lands

Since its inception, apart from offering high standards of passenger comfort, the train has seen various improvements such as the introduction, for the first time in India, of roller bearing cars, replacement of late generation by self-generating coaches with 110 volt system and introduction of first and second class chair cars providing better accommodation for passengers.