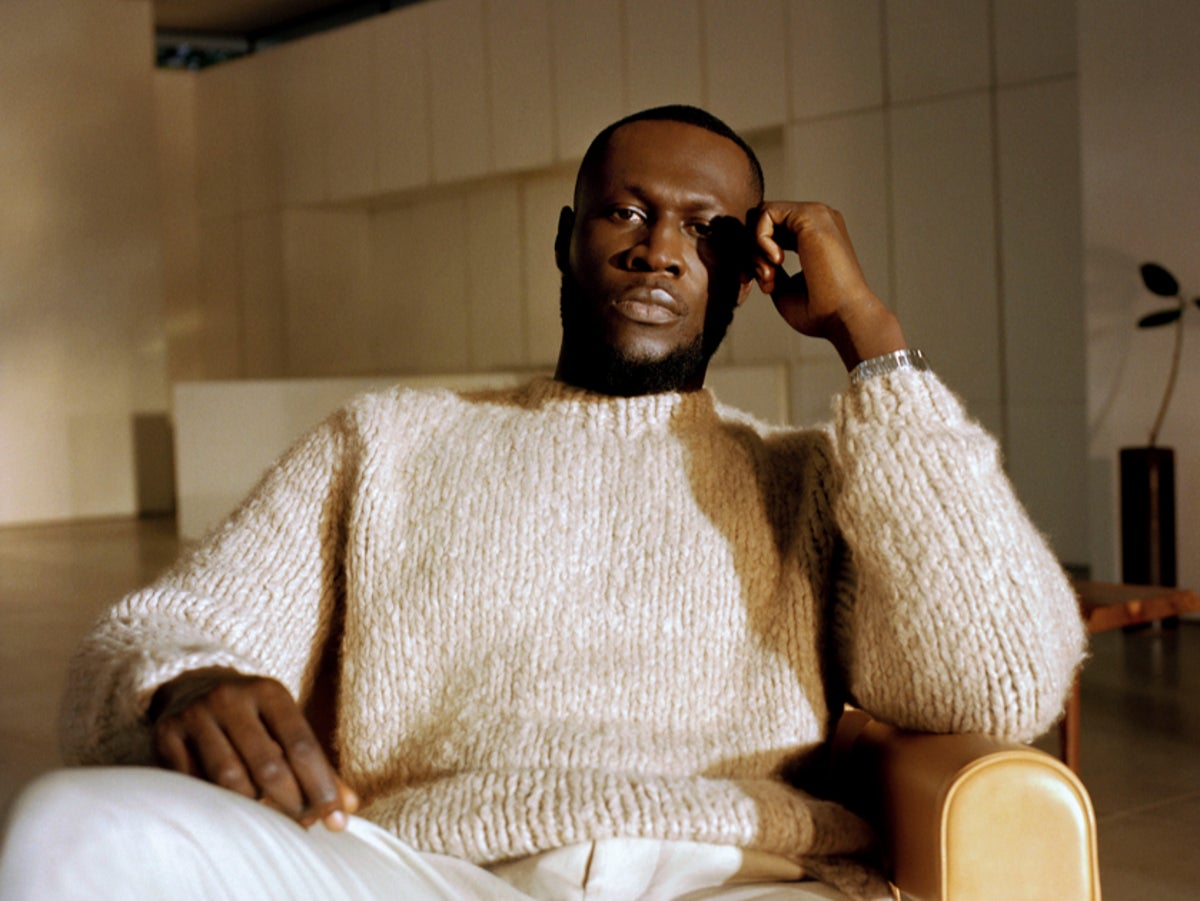 Get our Now Hear This email for free

“I think I’m Kanye mixed with Donny Hathaway,” Stormzy raps on the title track of his third album, This is what I mean. There’s certainly a hint of the troubled West’s ambitious alchemy in the track, which pirouettes a lovely piano intro (think a children’s ballet rehearsal) into a lavish bass blast of braggadocio, given dramatic ballast with operatic backing vocals.

But there’s really more to Hathaway to the Croydon-born grime star. Not only because of the jazzy warmth with which this album leans into its soulful ballad. It’s in the rich, stable sincerity of his vocals. Like Hathaway, 29-year-old Michael Owou Jr has a voice that can reach through the darkness and stabilize your heart. Even if you didn’t know that Stormzy is the kind of national treasure who invests in scholarship programs to support black kids through Cambridge University, his decency feels embedded in his frequency. It’s backed up here by lyrics that feel emotionally responsible. Take “Hide & Seek”. On this softly melodic track, he seeks forgiveness from a woman who is “good to me like kale.” The older he gets, the better the conversational confessional flow of his rapping, allowing him to walk through a 10-minute brag like “Mel Made Me Do It” without breaking a sweat or losing the listener’s attention. He raps about trips to Dubai and quitting weed like he’s sitting next to you at a London bus stop.

Stormzy recorded this album on the Essex island of Osea, a flat, small oval slab of mud from an estuary off a coast lined by a mile of mobile homes and suburban red-brick terraces. But the modest sea-level geography is regularly offset by stunning (and fast-moving) skies and the kind of intoxicating rose-gold sunsets you could pour over ice. It also – rather unexpectedly – ​​features the world-class studio that lures the likes of Rihanna to its gray shores. “This Is What I Mean” reflects all of that in the way it propels Stormzy’s English vernacular onto a wider stage. Many of the tracks share songwriting credits with Jacob Collier and you can often hear the influence of the inventive British jazz musician in the staggered layering of vocals and delayed echo of the beat. While much of the music is keyboard based (with Dion Wardle delivering a relaxed elegance), the romance is heightened by unabashed swells of cello, flute, trumpet and a fantastic gospel choir.

He could have called out a red carpet of A-list contributors (and did in the video for “Mel,” calling out everyone from Usain Bolt to Louis Theroux), but Stormzy uses hungrier, lesser-known vocal collaborators throughout. Sampha lends a yearning croon to “Sampha’s Plea” (“please don’t leave me like this”). South Londoner Debbie Ehirim (who signed with Def Jam earlier this year) adds sweet (yet compromising) vocals to “Firebabe”, an intimate love song with a delayed echo in the percussion taken straight from James Blake’s script. And she confidently takes the lead on the album’s stunning prayer for closing, “Give it To the Water.”

See also  A Hollywood investigation on the big screen

He addresses his breakup with Maya Jama on the mournful “Bad Blood”. The political “cry” (in his words) comes with “My Presidents Are Black,” a trappy celebration of Britain’s black community in which he challenges white patriarchy. “Tell Michael Gove we’ve got something in front of you… Didn’t you know we’re trying to implement our history through the schools?” He also warns us about the grim threat of EDL marches on “I Found My Smile” as he rises above bigotry to find inner peace.

Blues legend Mahalia Jackson once said that when she finished singing a blues song, she still had the blues, but after singing gospel, she had hope. Stormzy repeatedly affirms his Christian faith in this record. But you don’t have to share that to feel his genuine optimism for Black Britain and his musical generosity. The artist who took his name from the darkest weather has discovered “there is sun behind my rain”.