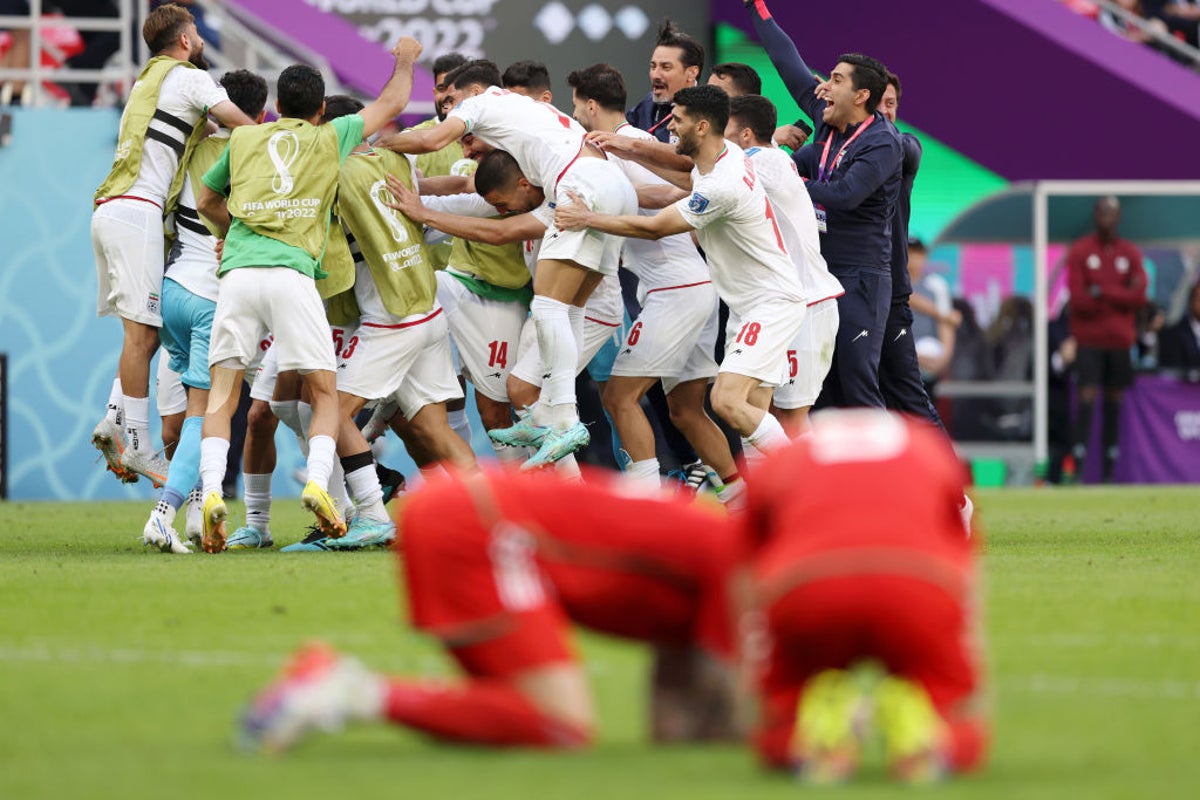 “Don’t take me home” became a Welsh anthem in 2016, but there’s a danger they’ll be booking their flights soon. The latest recent drama felt a fatal blow to their hopes of extending their stay in Qatar, goals in the 98th and 101st minutes gave Iran the victory they thoroughly deserved, but which – thanks to a combination of the uprights, the most marginal offside positions and some inspired goalkeeping – they seemed to be denied.

Still, Wayne Hennessey’s day will not be remembered for his stops of Sardar Azmoun and Saeid Ezatolahi, crucial as they seemed at the time.

If Wales have had World Cup history in their minds, it was invariably 1958, not 1982 or 2010. Then Hennessey echoed Toni Schumacher in the semi-final 40 years ago and Nigel de Jong in the final in South Africa at to earn the consignment-off they somehow escaped – albeit only after, ridiculously, the referee booked him before he was sent to the monitor – and the first red card of the 2022 tournament with the highest and latest challenge so far in Qatar.

If there’s any sadness for the centurion, who waited 15 years from his debut to take part in a World Cup and probably never will again, his departure cost Wales. They had held with 11 men. With 10, hastily introduced Danny Ward was beaten twice, first when Rouzbeh Chesmi’s sharp blow flew past him, then when Mehdi Taremi, the man who clattered through Hennessey when he was 40 yards from his line, delivered the right kind of retaliation demanded and Ramin Rezaeian thought to dink in the second.

Iran’s celebrations were euphoric and understandably so.

England’s thrashing was their worst-ever World Cup result. Now they have even more incentive to beat the United States should they qualify after a terrible start to their tournament.

Meanwhile, Wales will need to conjure up victory against England on Tuesday and very little in a tournament in which they have underperformed suggests they will make it.

Perhaps in a few days they can take heart from Iran’s transformation. Against England they achieved the remarkable feat of playing for a 0-0 draw and yet losing 6-2.

Manager Carlos Queiroz made five changes, gave them a more offensive restart and they earned a clean sheet with few alarms, as well as an extra incision from Azmoun. He brought another dimension, the kind of unstoppable direct runner that can both exhaust and evade defenders.

But Wales hardly threatened, their chances came early and late. A catalyst as a substitute against the United States, Kieffer Moore could have been a goalscorer as a starter, stretching to meet Connor Roberts’ inviting cross on the volley but aiming it at Hossein Hosseini. Some 70 minutes later, Ben Davies’ soaring drive was tipped over by the goalkeeper.

Otherwise, a man who cleared the ball six times against England was often a spectator, while Gareth Bale’s afternoon was particularly notable for passing Chris Gunter to become Wales’ most capped player. Aaron Ramsey was upset, out of shape and off the field when he was sacrificed following Hennessey’s departure.

Iran always had more speed, more cohesion and more threat. They had what looked like a lavish goal disallowed, with a deft exchange of passes between Azmoun and the goalscorer Ali Gholizadeh marred when the latter wandered just offside.

Wales also got a triple reprieve in a manic 20 seconds as Azmoun accelerated to drill a shot against the near post, Gholizadeh curled a 20-yard try into the other post and, ducking to head the rebound, Azmoun pecked out Hennessey. Again and again Wales also relied on the excellent Joe Rodon to rescue them.

But Iran played like men with a purpose. Their players were under political pressure to sing the national anthem and duly went through the motions. The silence against England, as part of the anti-regime protests, felt more eloquent. This time, the most notable dissent came from the stands, amid jeers and boos, with the sight of a weeping couple telling a story in themselves.

By the end, Iranian supporters were overjoyed. During this most political football World Cup, it was a reminder that a country is much more than just its government, however oppressive it may be.